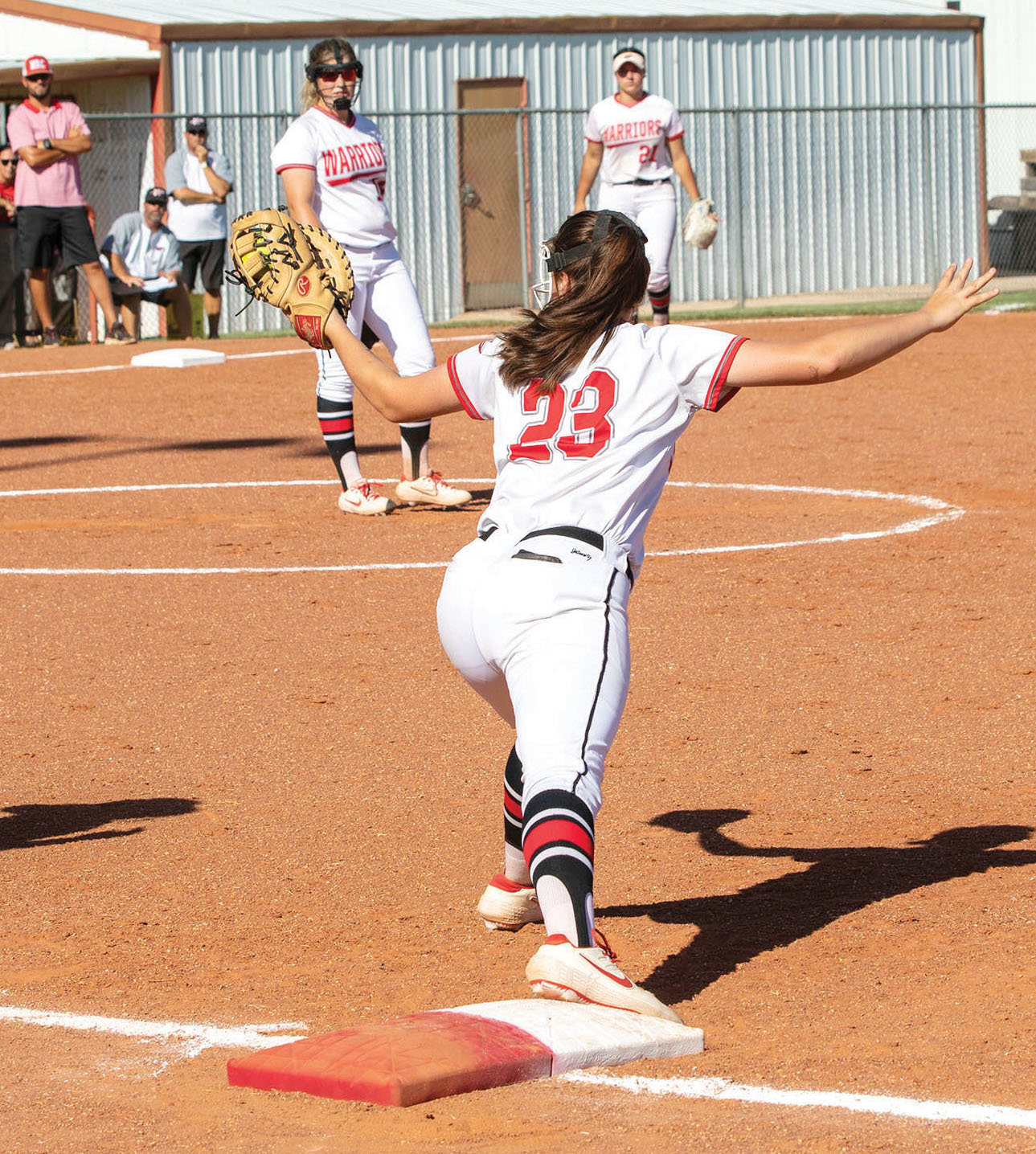 Washington sophomore Emjay Lucas stretches for a ball as the Warriors make an out at first base. The Warriors play in the Silo Invitational Tournament today (Thursday) at noon against Poteau and against Red Oak at 3 p.m.
Greg Gaston - double g images
Posted Thursday, September 9, 2021 9:00 am
John Denny Montgomery

Ellie Loveless got the nod to start in the circle and threw seven strikeouts while only giving up two hits.

But she walked seven batters too and Maggie Place came on in relief.

Washington has enjoyed superb pitching and defense during the win streak.

Place has only given up 26 hits in 57 innings pitched.

Loveless has only given up 10 hits in 27 innings.

Emjay Lucas has also proven to be a reliable reserve pitcher.

“Maggie has been throwing it really well this season,” Washington head coach Tylor Lampkin said. “Ellie’s strikeouts are way up there because batters can’t catch up to her velocity. But she’s so important at shortstop that we need her more there than in the circle.”

In the Jones game Abby Wood had a pair of RBIs.

Place and Loveless both hit doubles in the game.

Washington went off at the plate in the second inning and took a 7-1 lead after they put up seven runs. They scored two more in the third inning but Lampkin felt like they took their foot off the gas after that.

“We jumped out on them and then relaxed a little,” he said. “We’ll work on that.”

The coach thinks his team has more to work on as they play through the back half of the regular season.

“Our bats have cooled off a little and we’re not getting quality hits with runners in scoring position,” he said. “We also need to clean up base coverages and just fix a few things. If we do that we’ll be right where we need to be.”

They travel to the Silo Invitational today (Thursday) and play Poteau at noon and Red Oak at 3 p.m.

Washington is 16-1 this season.