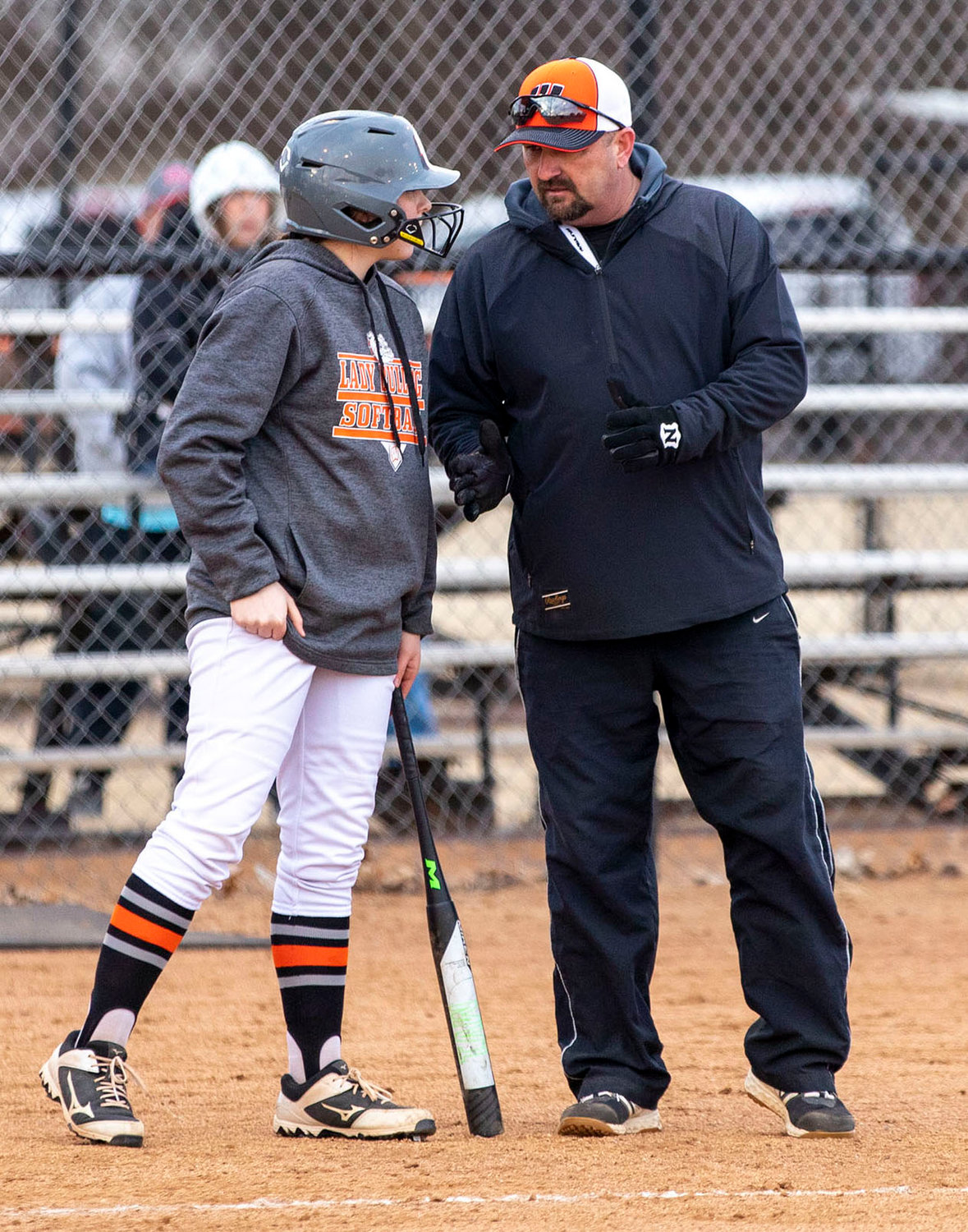 Kaylee Madden gets some one-on-one coaching from Charles Durrence during Wayne’s 9-1 win over Ninnekah. Madden and the Lady Bulldogs will be in Purcell to take on the Dragons Monday March 21.
Greg Gaston - double g images
Posted Thursday, March 17, 2022 9:00 am
Emily Montgomery

Knotted at three-all after one inning, Wayne poured it on with 11 runs in the second and 11 more in the third.

Daliyah Fuentes was the leader at the plate for Wayne, going 3-3 with six RBIs. Kaylee Madden was also 3-3 with two RBIs.

Haiden Parker was hot at bat also, going 3-4 at the plate with five ribbies.

Shyleigh Mantooth was in the circle for Wayne. During her three innings pitched, she gave up three runs on eight hits.

The Lady Bulldogs are off for Spring Break but will resume their schedule on Monday at Purcell. Tuesday afternoon they host Dibble and late next week Wayne hosts their annual festival.

Head coach Shane Collins and his Bulldogs added a win when they beat the Maysville Warriors 9-6 last Thursday.

Wayne had eight hits in the win. Rhett Kennedy and Dill had two hits apiece. Dill also had two ribbies.

The Bulldogs’ schedule resumes Monday, March 21 when they host Maud.

The following day, Wayne travels to Wynnewood and they round out their week back on the diamond in the Red Dirt Classic at Central High School.

They play Carnegie in their first game on Thursday, March 24.