Playoffs already in the cards for the Bulldogs 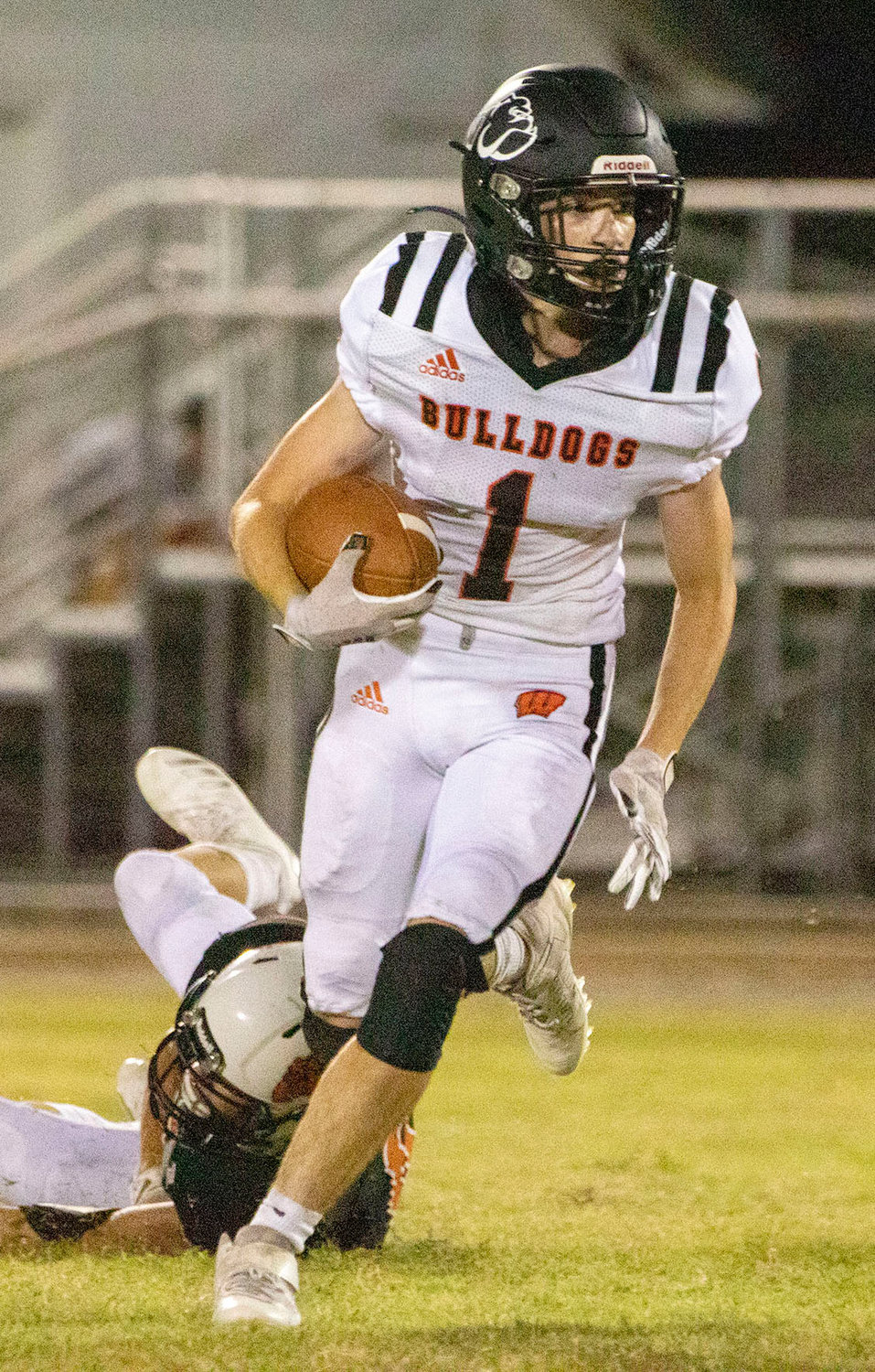 The Wayne Bulldogs travel to Stratford Friday night for their regular season finale.

Stratford (1-8), is a young but capable team, according to Wayne coach Brandon Sharp.

“They’re a lot better than their record shows,” he said. “They’re scrappy and do some good things. (Stratford head) Coach (Michael) Blackburn has won a lot of football games.”

Stratford will spread the field on offense.

“They like to throw but will run the ball too,” Sharp said. “They’ll suck everyone up then throw over the top.”

“We’ll have to be sound on offense,” Sharp said. “If we can stick to our rules we’ll be in a good position to win the game.”

The game was a key showdown for District A-4 with Playoff positioning on the line.

Ringling struck first with an 88-yard touchdown pass in the opening quarter and led 7-0.

Wayne came right back with a scoring drive and Ethan Mullins capped it with a two-yard touchdown run.

“Our guys could have laid down but we drove the length of the field,” Sharp said.

The point-after attempt failed and the score remained 7-6 until the third quarter.

Ringling struck first in the third, this time on a 42-yard pass and the score was 14-6.

Wayne answered again though on a 55-yard Mullins scamper in the same quarter.

The two point conversion failed and the score was 14-12.

Ringling scored on another long pass, this one 41 yards, and Wayne wouldn’t score again.

The Blue Devils added a final touchdown in the fourth quarter and Wayne blocked their point-after attempt.

“We hung in there and played hard,” Sharp said. “We just had a couple busts in the secondary and we can’t do that against teams like Ringling.”

Wayne’s defense played well against the run but couldn’t find footing against the passing attack.

“Throwing wise, their quarterback is the best we’ve faced in a long time,” Sharp said. “He puts the ball on the money and they made plays when we didn’t.”

Mullins led the team with 11 tackles followed by Kevin Bynum with eight and Brannon Lewelling with seven.

He finished with Wayne’s only two touchdowns.

“We’re disappointed in the loss but we’re excited for the Playoffs,” Sharp said. “The kids wanted the win and they expected to win. Our guys weren’t looking for a moral victory. They’re not happy with the way we’ve played the last two weeks.”

The nomination for Heart of Oklahoma Defensive Lineman of the Week was Kevin Bynum.

The Offensive Lineman of the Week nomination went to Andy Lee.

Kickoff is set for 7 p.m. at Stratford.