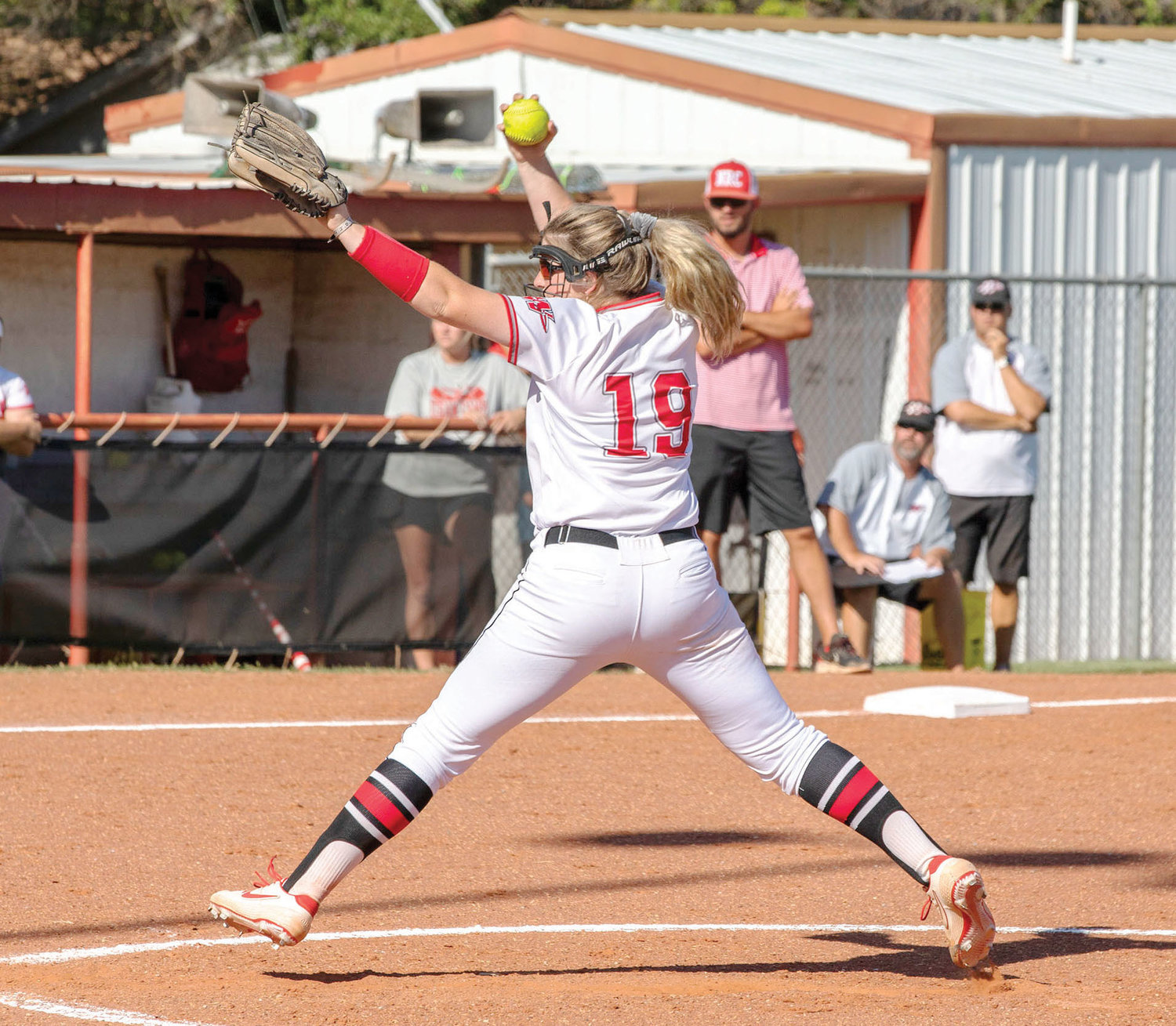 The Washington softball team went 4-0 at the Murray County Bash over the weekend behind solid defense and outstanding pitching.

The Warriors only allowed five runs in the four games. Opposing batters only mustered seven hits in the same span.

“When you’re throwing it as well as we are in the circle it makes it nice,” said head coach Tylor Lampkin.

The tournament was turned upside down due to weather and games had to be re-scheduled and moved around.

As a result, a championship game was not played but Washington was the only team to go undefeated on the weekend.

In the Sulphur game Maggie Place struck out eight batters in only four innings and allowed just one hit.

Elly Allison went 3-3 at the plate and knocked in three RBIs.

Against Lindsay, Ellie Loveless struck out 10 batters in five innings of work. The Leopards only had three hits.

Mattie Richardson knocked in two of Washington’s three runs. She also doubled in the game.

Place was back in the circle against Pauls Valley and struck out five batters.

Tinley Lucas was 2-3 with two doubles. She also scored two runs and drove in two more at the plate.

Loveless and Place teamed up against Purcell to throw a no-hitter against the Dragons. They struck out five batters in three innings.

Skylar Wells was 2-2 with two RBIs.

“Isa Portillo has been hitting well also. I think those three hit at or over .500 in the tournament.”

For the season Richardson is hitting .517.

Lampkin also said Abby Wood is swinging the bat well, although it’s not showing up in her stats.

“What crazy is it looks like Abby Wood is struggling but she doesn’t really have any strikeouts and everything she hits is hard hit,” he said. “The balls are just going right to people.”

Washington picked up a big 7-0 win over Dale last Tuesday.

“Maggie was just doing what Maggie does,” Lampkin said. “She was spinning it really well and we made a couple nice plays on defense that solidified the no hitter.”

Mikinzy Bost and Allison both doubled in the game.

Washington got another big win over North Rock Creek on Monday after a 5-1 final.

Place got the nod in the circle and threw four strikeouts in the seven-inning game.

Allison and Richardson both hit doubles.

The Warriors are 12-1 this season.