Warriors tear through field on way to State crown 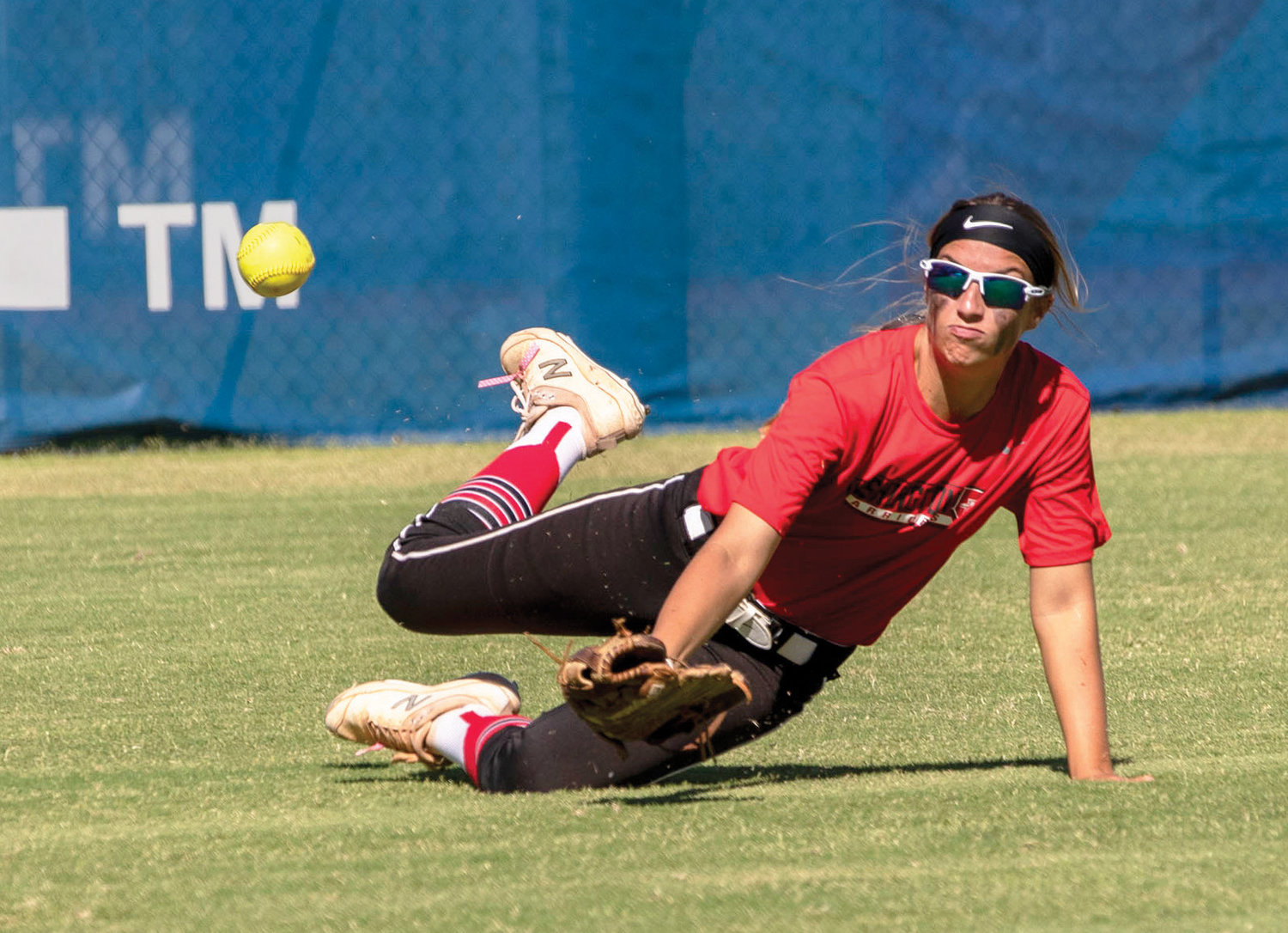 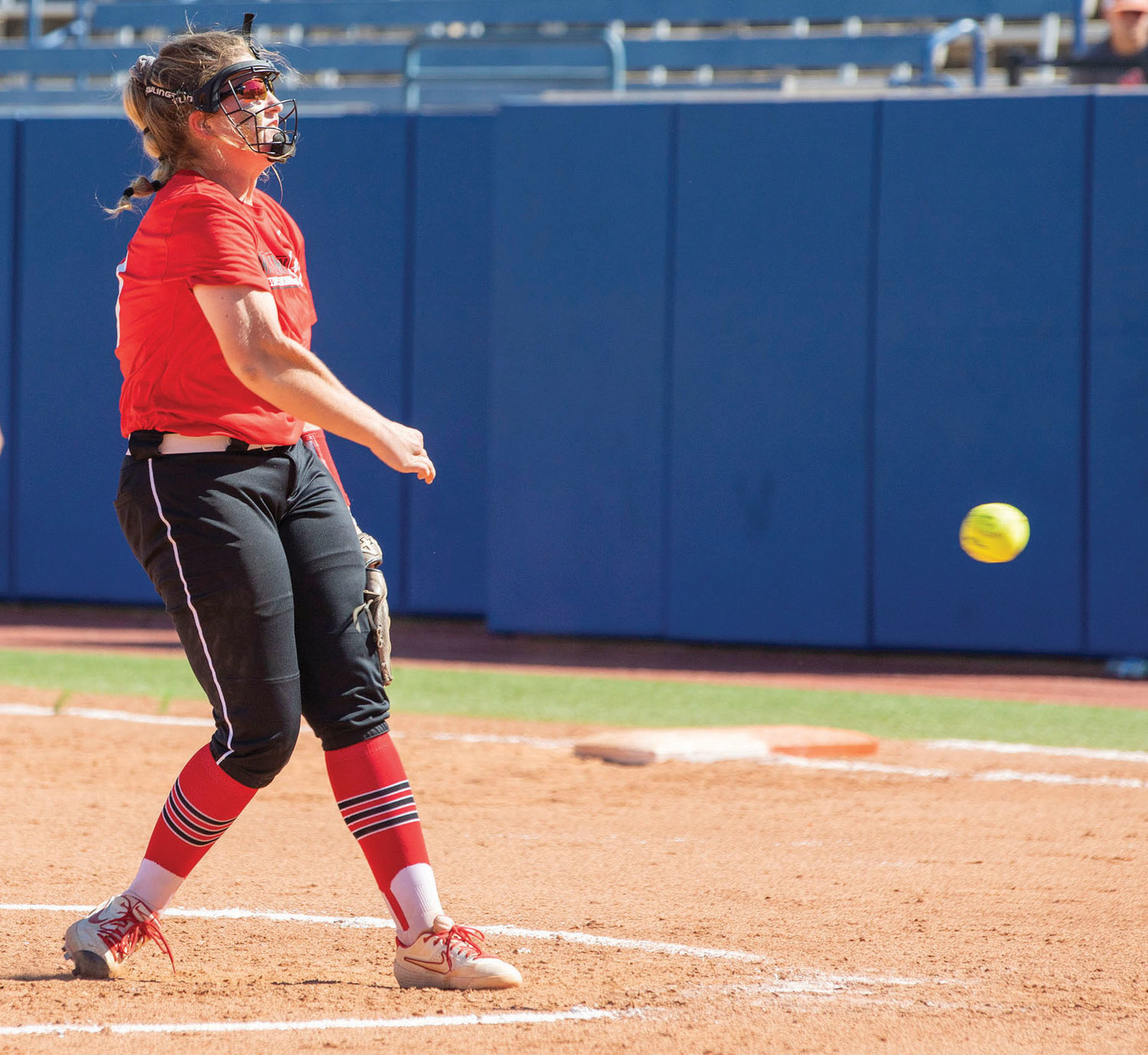 Washington junior Maggie Place mowed down the field at the State softball tournament at Hall of Fame Stadium in Oklahoma City. Place struck out 19 batters, allowed seven hits and didn’t give up a run in three games on the way to the Class 3A State championship.
Greg Gaston - double g images 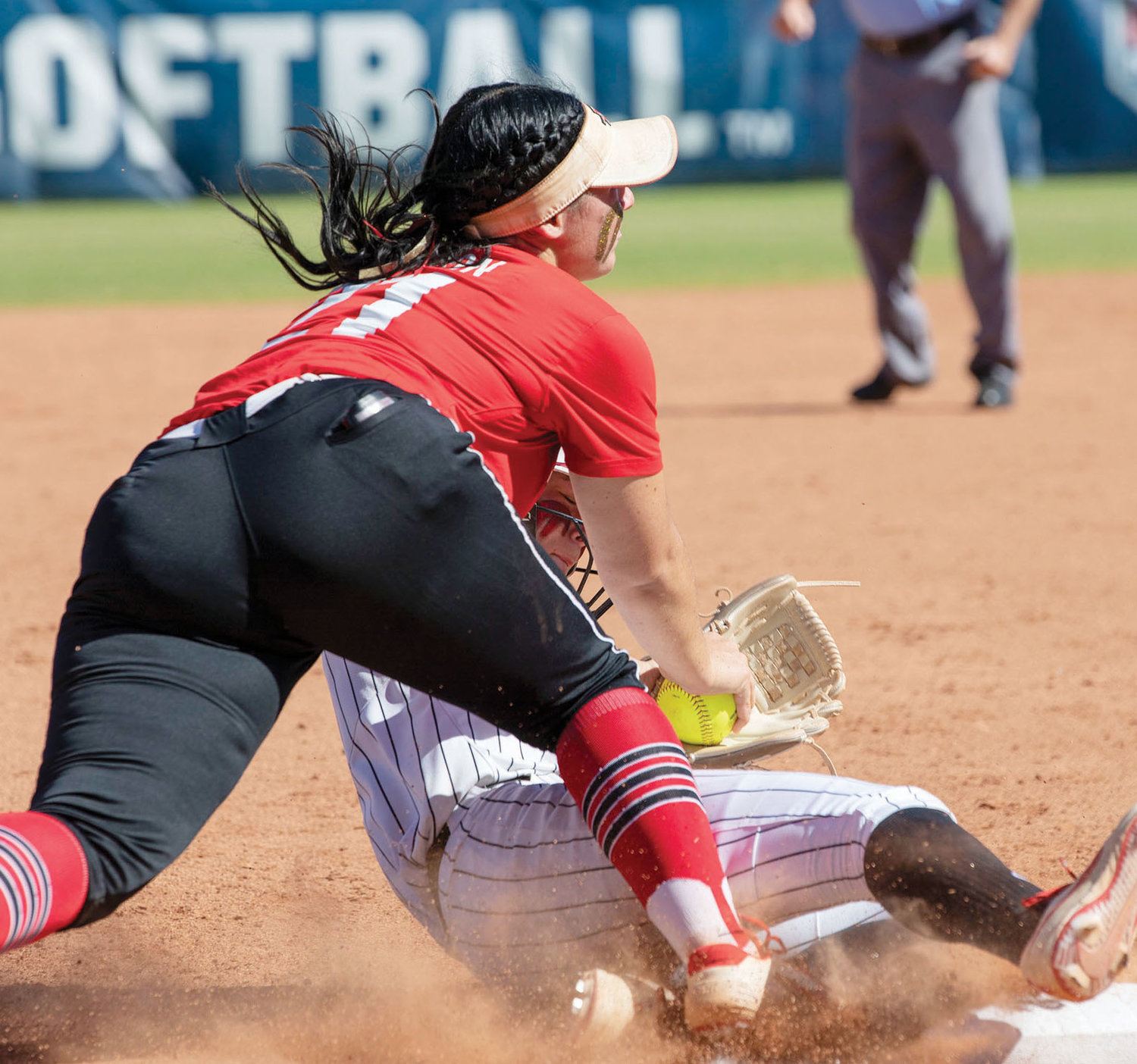 It was a pretty special three days. I’m sure there have been good enough pitchers to shut teams out at State, but I’ve never heard of the run rules.”
Tylor Lampkin, Washington softball
Run Rule Fashion

It was about as dominating a performance as can be drawn up.

Place struck out 19 batters during the span.

“It was a pretty special three days,” said Washington head coach Tylor Lampkin. “I’m sure there have been good enough pitchers to shut teams out at State, but I’ve never heard of the run rules.”

The Washington bats came alive at State like they hadn’t at any point of the season.

Six of the nine Warrior starters batted over .500 for the tournament, according to Lampkin.

“The offense did such a good job of giving Maggie a comfortable lead,” he said. “She was able to attack the strike zone.”

Place homered in the game and led the team with three RBIs.

“When you combine the pitching, hitting and defense you’re definitely going to be hard to stop,” Lampkin said. “It was collective of everything we were doing.”

The championship is Washington’s first since 2015 when Jace Brewer coached them to a Class 3A crown.

“I’m proud of these girls,” he said. “In the last two weeks they’ve taken ownership of the team and they really grew as a team.”

It was a sweet ending to the season after finishing as runners-up the previous three years.

Three up three down

In the Comanche game the only time the Indians scared Washington was in the first inning when they managed to get a couple base runners on.

But the Warriors dispatched them and got out of the inning.

Washington put up three runs in the first inning and cruised until a four-run fifth inning and a three-run sixth.

Against Coalgate, Washington blew the doors off the game and hung a 10 spot in the first inning. They put up two more runs in the second inning.

As a team Washington had 13 hits.

Mikinzy Bost was 3-4 with three doubles.

The Warriors knocked the cover off the ball with 15 hits.

“The girls just made it fun,” Lampkin said. “They found a way to have fun and once we did that I wouldn’t have minded playing anyone in the state.”

The Warriors finshed the season with a 35-5 record.