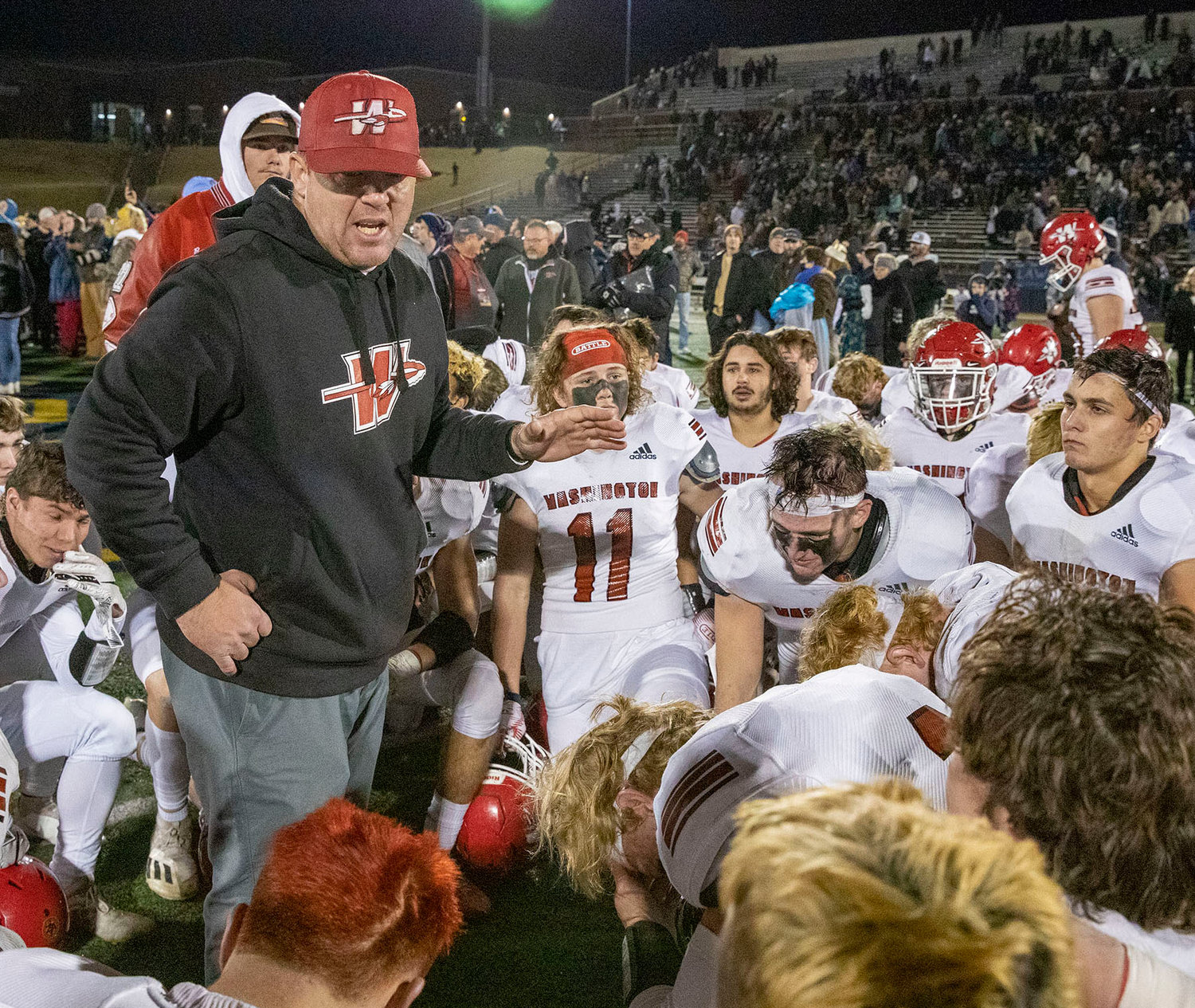 Washington head football coach Brad Beller talks to his team after their 17-13 loss to Marlow in the State finals of the Class 2A State playoffs.
Greg Gaston - double g images 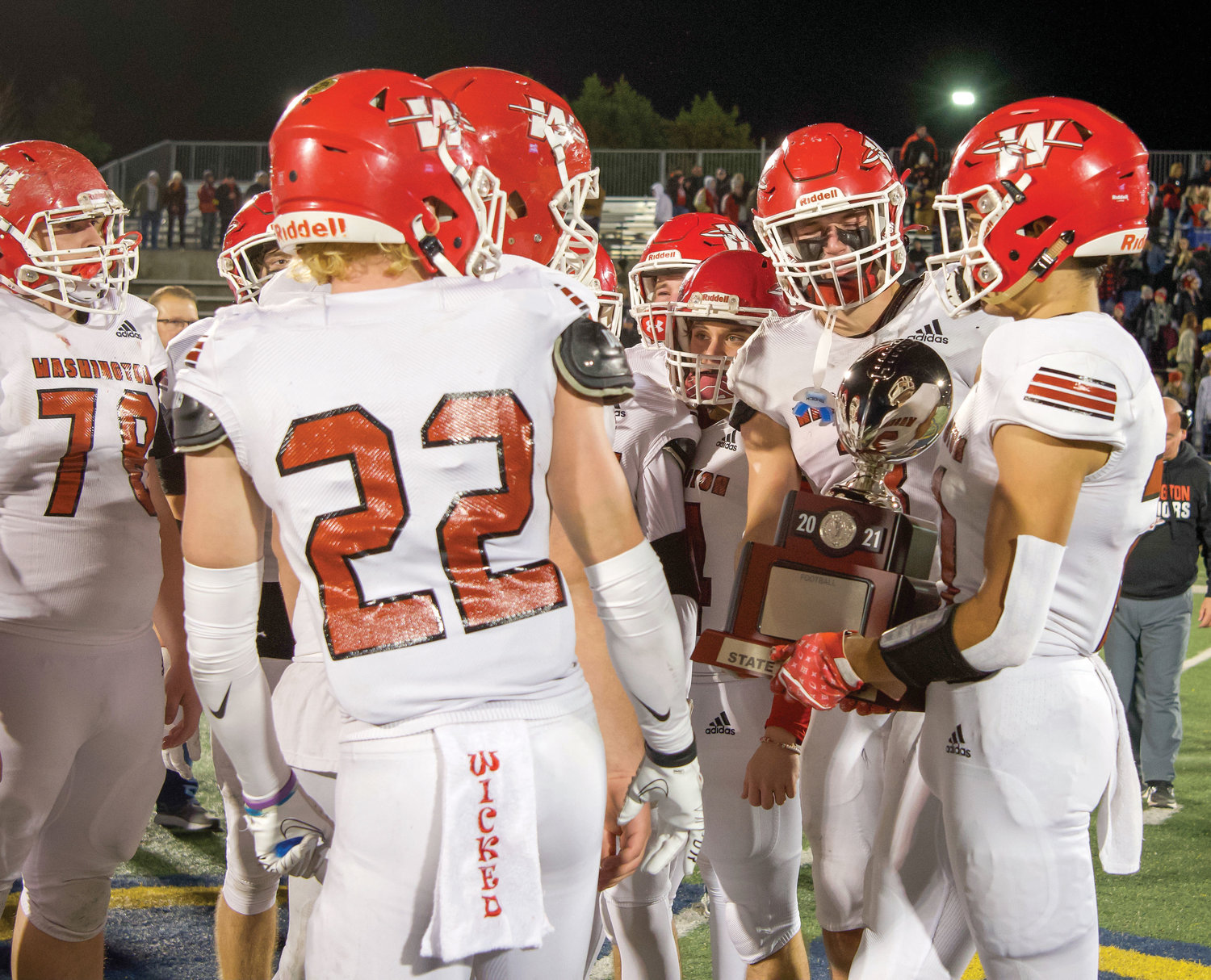 The Washington Warriors claimed a silver ball for the third time in five years Saturday at UCO. They were defeated in the Class 2A State championship game by Marlow, 17-13.
Kristy Schrader 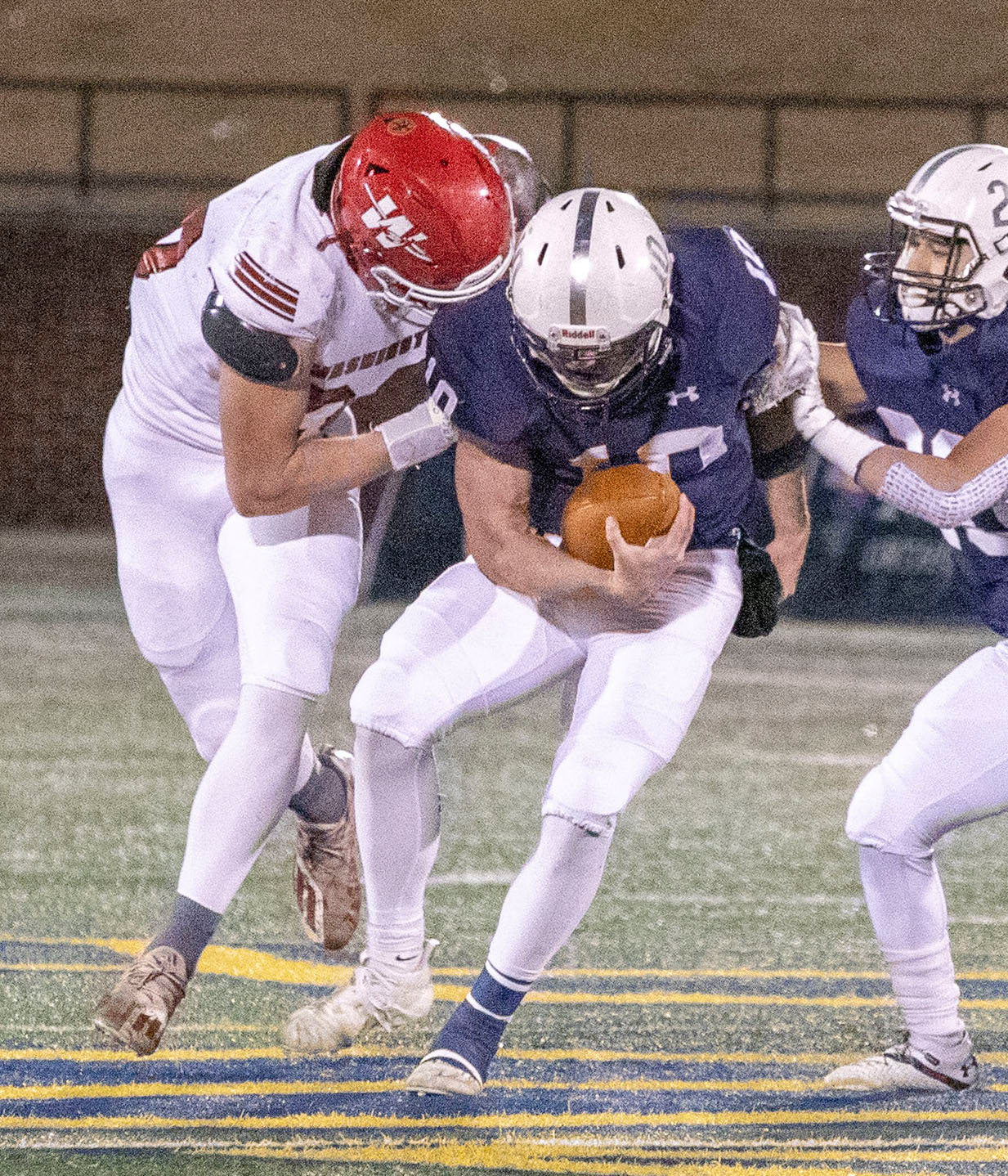 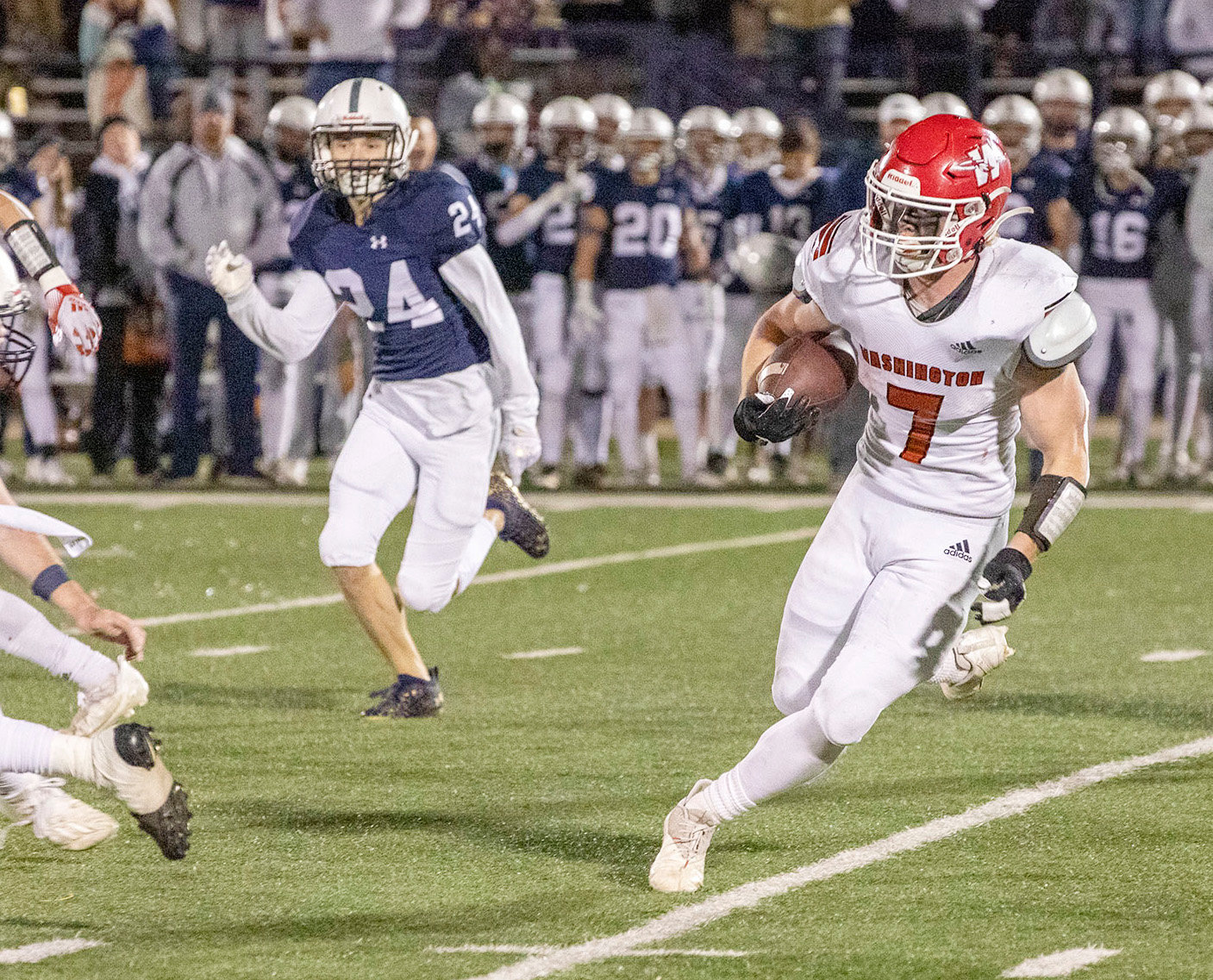 For the third time in the last five years Washington has been on the cusp of winning its second State Football Championship.

Three turnovers and poor field position plagued the Warriors in a 17-13 loss to Marlow’s Outlaws last Saturday night at Chad Richison Stadium at the University of Central Oklahoma.

The Outlaws actually turned out to be thieves swiping a pair of interceptions in the first quarter and knocking the ball out of Cole Scott’s grip with under two minutes to play when Washington had a chance to go in for the game winning touchdown.

“Give Marlow credit,” Beller continued. “They had the kicker and the special team unit and we weren’t as good.”

On the fumble, Beller said he feels bad for Scott.

“It was a stretch play to their boundary,” Beller said. “It was a safe play where we were just trying to set up a route to Luke Hendrix (for an upcoming pass play). The player that knocked the ball loose was getting blocked and falling down. I don’t think Cole ever saw the guy. All he saw was daylight. Give the kid credit. He was trying to make a play and made one.

“What I hate for Cole is without him (32 carries for 218 yards and a second quarter touchdown) we wouldn’t have been in the game.”

His second quarter 62-yard burst tied the game at seven all. Kade Norman scored the other Washington touchdown, a one yard plunge. That PAT was blocked by the Outlaws.

“Cole out-stated the entire Marlow team. They had 73 yards rushing and 68 yards passing and that’s it. Some of that had to do with the short field. They’ve got a highly potent offense and we were able to make stops. Our offense just didn’t help us out,” Beller said.

Once again Layne Spaulding led the tackling charts making 13 tackles. Hayden Milner, Rhett Vaughn and Naithen Spaulding all had eight tackles each. Milner had three tackles for losses and one quarterback sack.

Beller said he was proud of the offensive line and the efforts of Scott.

“As good as their front seven are I was proud of our offensive line and Cole Scott running the ball,” the coach said referring to the play of Wyatt McCauley, Tanner Winlock, Jordan Vanya, Caleb Bruce and Easton Berglan.

“It was a fun run, a fun team to coach,” Beller said. “I’ve got to do a better job of getting these guys ready for the big game. We were just one touchdown away from carrying home the Gold Bal. We’ve got to keep taking our hacks at that rock until it breaks and we get through.”

Washington finished the season 14-1, finishing second for the second year in a row.