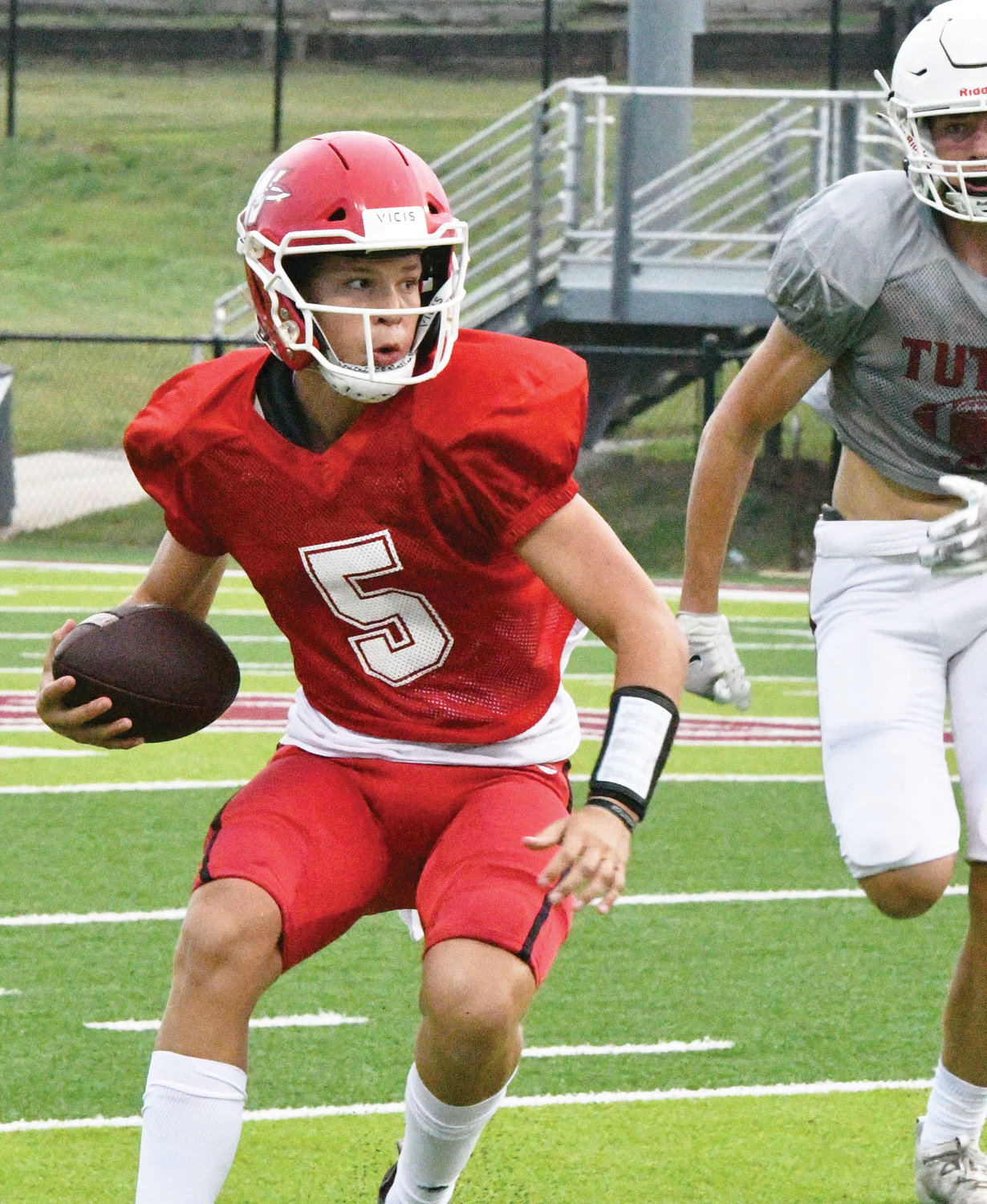 Washington Head Coach Brad Beller says keeping Pawnee hemmed up on first down will be a key to a Warrior victory Friday night.

“They run a Wing T/Single Wing on offense,” Beller reports. “They run a lot of power and counter run game and a lot of misdirection out of the Wing T.

“We’ve got to be very disciplined up front,” Beller continued. “We can’t let the first game jitters effect us. We need big first down stops and not allow them to be in four down territory. We need to keep them behind the sticks in favorable down and distance for us.”

On offense Beller said his club will face a very big and strong defense based out of a 4-2 and some 4-4.

“They are big and strong up front and try to keep everyone in front of them in the secondary and be physical,” he said. “We need to take care of the football.”

Last Friday at Tuttle Beller said he was “very, very pleased” with his eighth grade, ninth grade and junior varsity on both sides of the ball.

“The varsity had some really good and really bad plays on both sides of the ball,” Beller said. “We got what we wanted. We knew Tuttle would test us and prepare us for non-district, district and playoff games.

“We have a lot of things to work on but the good news is it is all correctable. We can get it fixed,” the coach confirmed.

Luke Hendrix got the lone touchdown for the Warriors on a slant pass off the arm of Major Cantrell.

The other Warrior drive ended with a tackled runner at the three yard line.

“We’ve got to cut out the big mistakes in the offensive line and play better technique on defense,” Beller concluded.