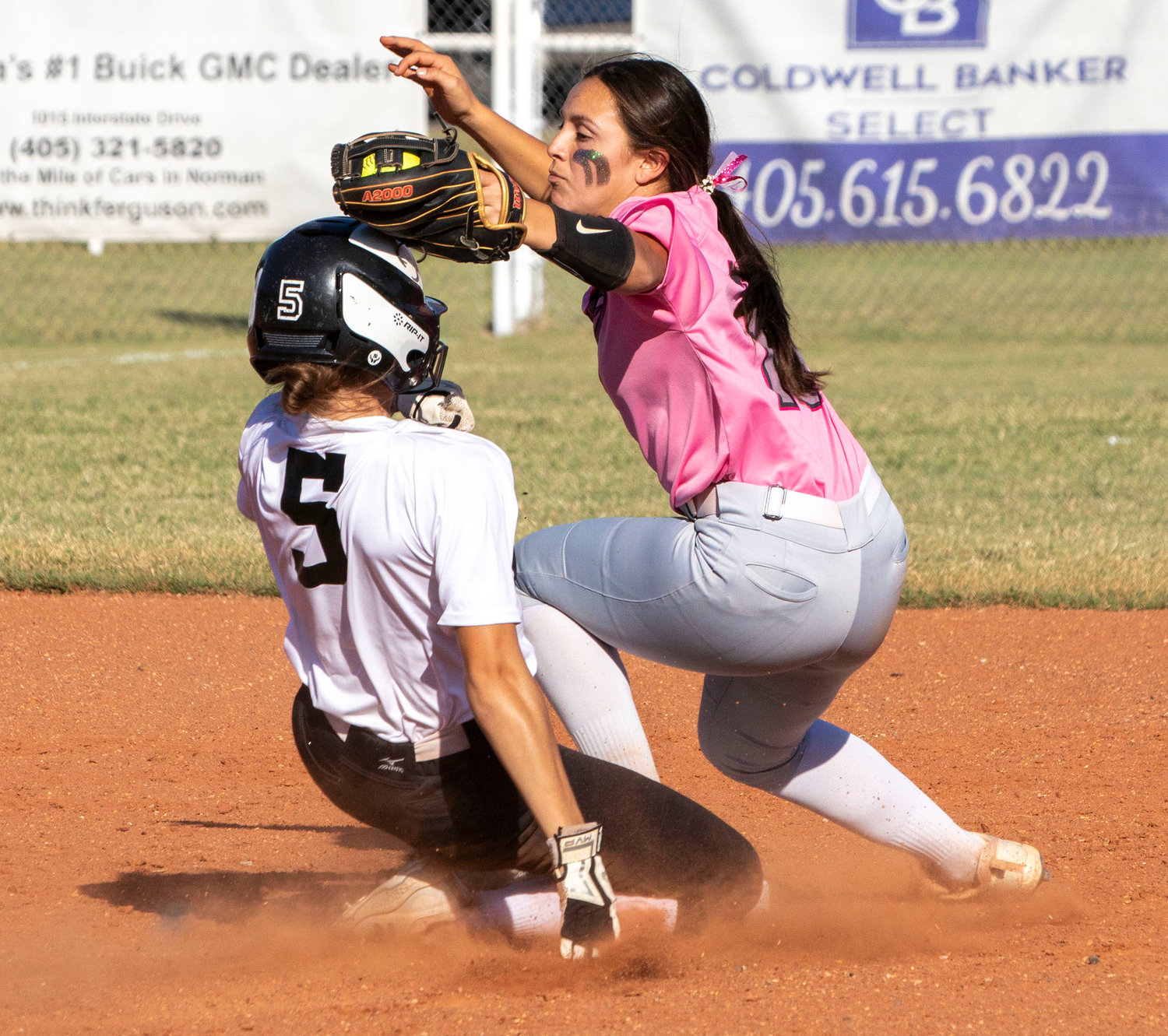 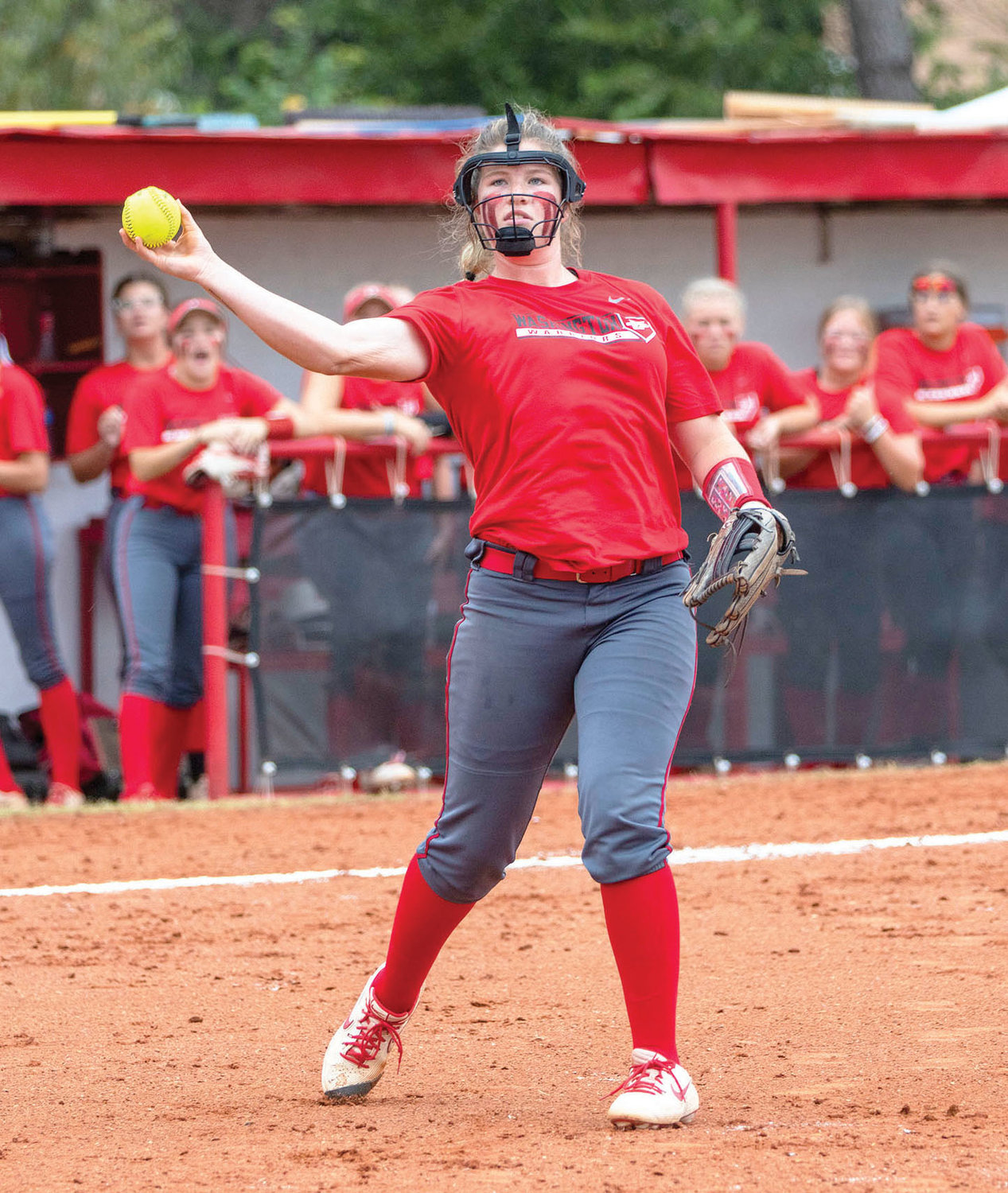 Washington junior Maggie Place throws to first base for an out in the championship game of the Regional tournament against Chandler. Washington won 2-1.
Greg Gaston - double g images
Previous Next
Posted Thursday, October 7, 2021 9:00 am
John Denny Montgomery

Washington took care of business in their Regional tournament and punched their ticket to Hall of Fame Stadium for an opening-round game today (Thursday) against Comanche.

Washington defeated Kingston 8-0, Newkirk 4-0 and Chandler 2-1 in the tournament.

“We pitched it really well,” said Washington head coach Tylor Lampkin. “We hung our hats on our pitching and defense.”

The Warrior pitching staff only allowed seven hits in the three games.

“None of the seven hits made it out of the dirt,” Lampkin said. “They were balls that spun weird where we just didn’t have a chance to get it to first base.”

Maggie Place was straight fire at the plate against Kingston, going 4-4 with three RBIs and a double.

Skylar Wells was 1-3 with two ribbies.

The Warriors had 12 hits.

Ellie Loveless got the start in the circle and struck out five batters in as many innings. Emjay Lucas came on for two relief innings and struck out one.

Against Newkirk Elly Allison went 2-3 with a ribbie and scored two runs herself. She doubled for both hits.

Newkirk’s two-pitcher system forced Washington into adjustments during the game.

“One girl threw slow and one threw faster,” Lampkin said. “Our batters slowed down for the slow girl then they brought in the fast one. It threw us off balance and we just weren’t on time.”

Still, Washington managed 11 hits in the game but it was the Warriors’ failure to capitalize on hits that kept them from running away with the game.

“We got runners on and then couldn’t get the timely hit,” Lampkin said. “We didn’t get it done offensively.”

Maggie Place struck out six batters in seven innings in the circle.

The Chandler game was similar to the Newkirk game for the offense. They scattered seven hits but were lacking timely hits to score runners.

“They kept us just enough off balance,” Lampkin said.

Place struck out five batters in seven innings and only gave up two hits.

The Warriors open with Comanche today (Thursday) at 4 p.m. on Field 3.

“It’s a tough opening-game match up,” Lampkin said. “I’m excited for this time of year and the girls are too. We’re ready to get this thing going.”