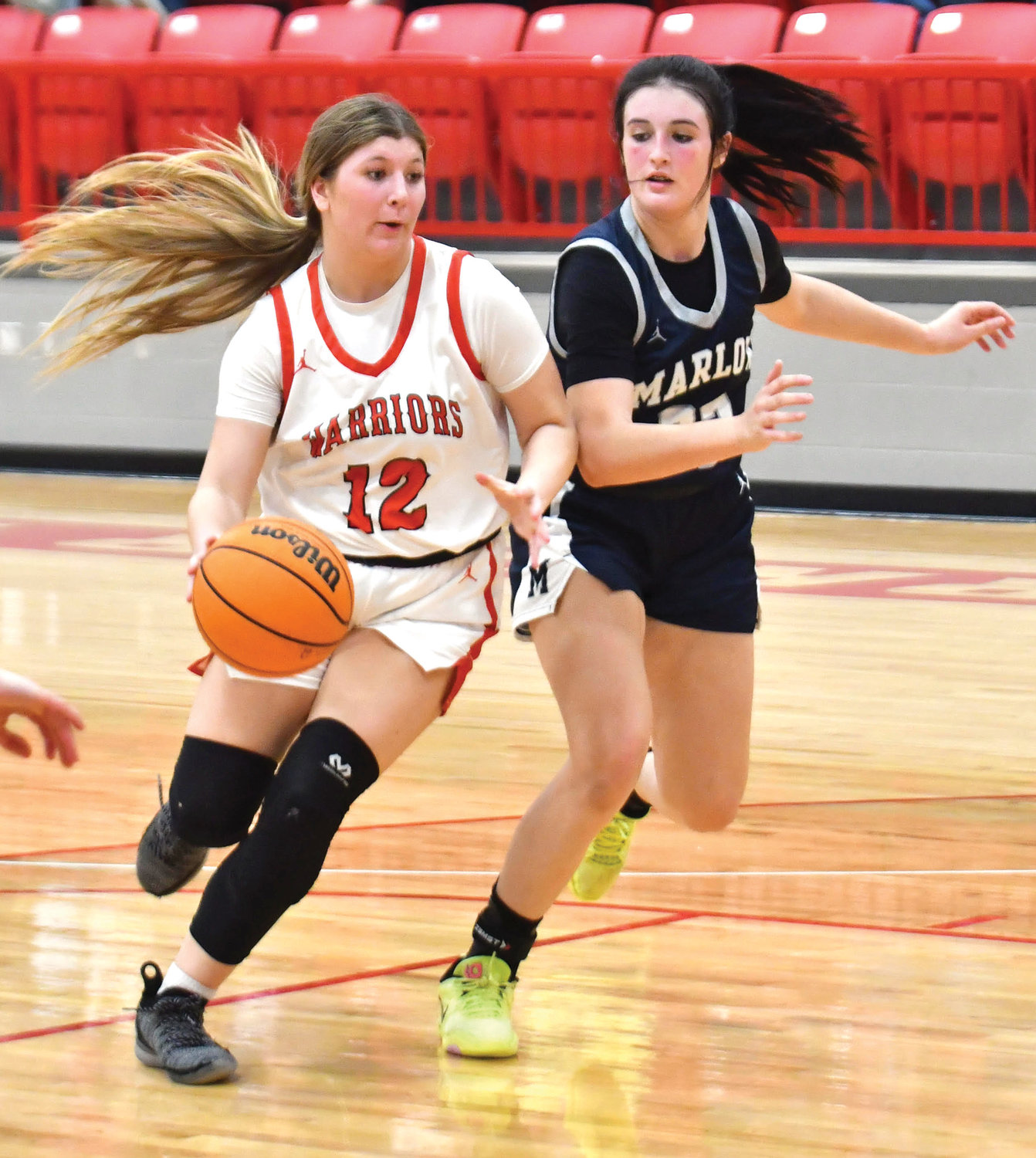 Kyndall Wells makes a move to the basket around a Marlow defender. Washington’s 40-25 win over the Outlaws improved their record to 13-0.
Ron Ladlee 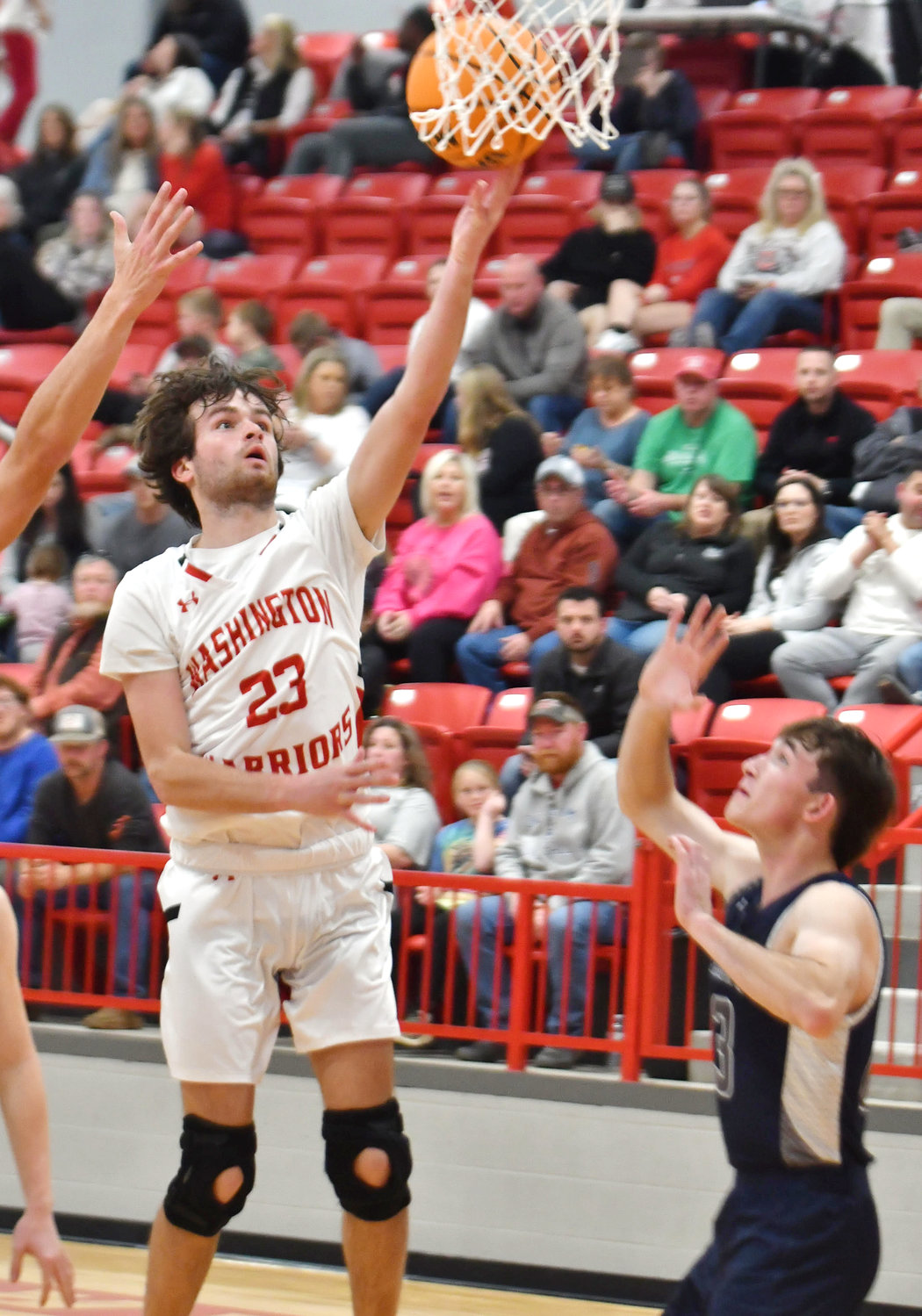 Cash Andrews rolls the ball to the basket in Washington’s 62-50 loss to Marlow.
Ron Ladlee

Despite being undefeated, the coach said they haven’t fired on all cylinders in a game yet this season.

“We have done things really well in all areas of the game,” Simon said. “We need to put together a full game though.”

In the win over Marlow, Simon felt like it was his team’s best defensive performance of the season.

“We defended as well as we have all year,” he said. “It was the first time the girls put together a full game defensively.”

Brianna Lindert led the Warriors in scoring in the game with 17 points.

The Warriors are a little over halfway through the season and the District tournament begins Feb. 17. Simon sees the next month as important for his team to take the next steps for their season.

“This is the time of year where really good teams continue to grow,” Simon said. “In going from good to great, habits and execution have to improve. And that comes back discipline, excellence and unity.”

The Warrior boys basketball team picked up a big 61-48 win over the Class 3A No. 9 Lindsay Leopards last Tuesday on the road.

Hayden Hicks dumped in 28 points in the win.

Also in double figures were Cash Andrews with 11 points and Mason Adams with 10.

With the loss, it brings the Warriors’ record to 8-5 on the esason. They are currently ranked No. 15 in Class 3A.