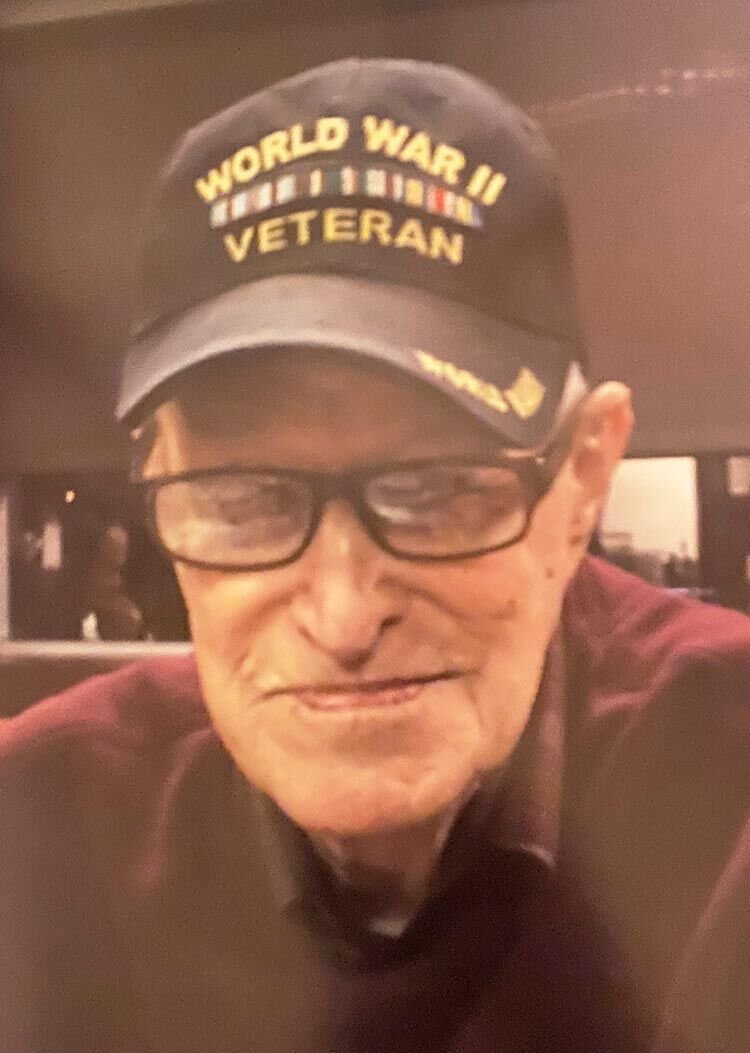 Robert was born January 7, 1926 in Purcell, Okla., the oldest of four children born to Carl Ezra Woods and Ida Viola (Harper) Woods. He was raised in Wayne and attended school there, graduating with the Bulldog Class of 1944.

Robert answered the call to service and joined the United States Army Air Corp. He was a proud patriot and served honorably during World War II.

Once home, Robert returned to Wayne to marry his girl, childhood friend and high school sweetheart Cleta June West. They were married on August 15, 1948 southwest of Purcell. They first made their home in Oklahoma City, later settling back home in Wayne in 1971. Together they raised two children, son Mark and daughter Kanda.

Robert worked in Civil Service at Tinker Air Force Base, retiring as Superintendent of the Aircraft Division, after more than 30 years of dedicated service. In retirement, Robert stayed busy doing many things. He was instrumental in the development of the Rural Water District 8 for the Wayne Area and also served as a School Board Member there. He opened the first Shelter Insurance Agency in Purcell and was an avid supporter of both the 4-H and the FFA. Robert was especially proud of the partnership with Gary Ross which established Ross-Woods Club Lambs.

When the kids were younger, Robert enjoyed spending time at the family cabin at Lake Texoma. In his later years, he liked taking care of the farm and reading. He was a wonderful father and grandfather, brother, uncle and a true friend. He was always there for his family. He has been referred to as the family historian and enjoyed that role thoroughly.. He will be dearly missed!

He was preceded in death by: his wife, Cleta June Woods; his parents, Carl and Ida Woods and siblings, Betty Jane Kerr and Jim Woods.