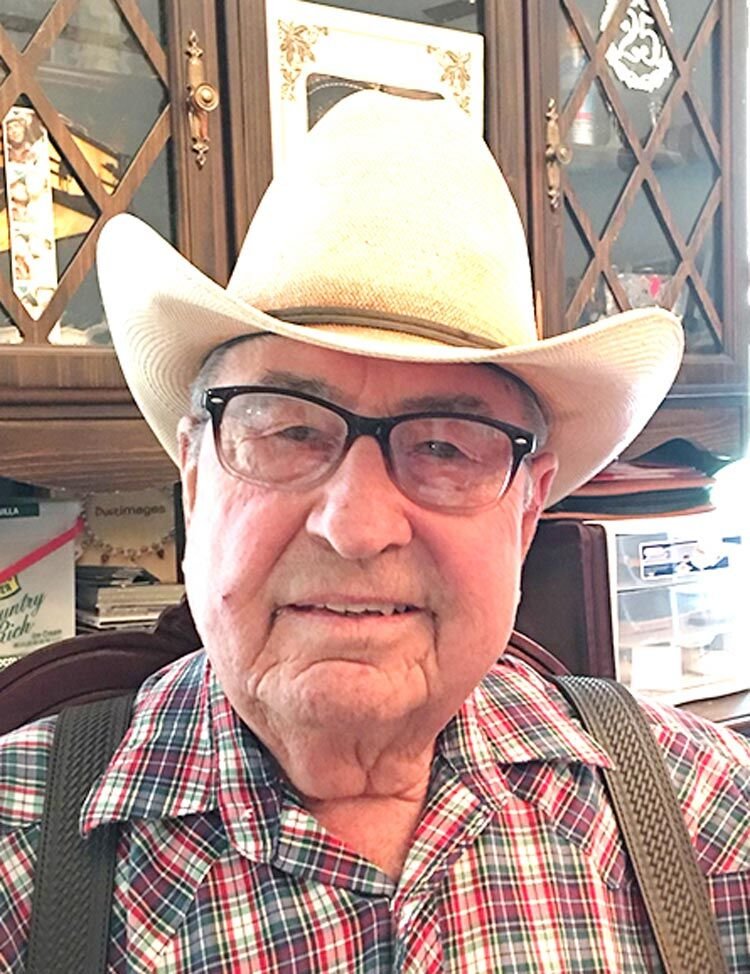 Rex drove a grain truck for 39 years. Then worked for the City of Pauls Valley until his retirement in 2005.

Rex was well known for his story telling. He loved to tell Truckin’ Stories and Rodeo Stories. He was a cowboy 110%. Everyone liked him and he never met a stranger. He will definitely be missed.

He is survived by his daughters, Jo High, and Jackie Murray; grandchildren, Nocona Stingley and husband, Jamie, Jody High and Jamison High, all of Paoli; great-grandchildren: great-granddaughter, Sydni Kerr and husband, C. J., of Ft. Worth, Texas; and two great-grandsons, Blaze Stingley and Coleson Stingley, both of Pauls Valley; one brother, Gene Murray and wife, Elaine of Wayne; as well as a host of nieces, nephews, and more friends than anyone could imagine.

A service was held Tuesday, June 29, 2021 at the First Baptist Church of Paoli officiated by Jackie Listen and Pastor Tim Duncan. Interment was at the Hopping Cemetery, Wayne, Oklahoma

Services were under the direction of Stufflebean-Coffey Funeral Home. We invite you to send a message of condolence and view the family’s guestbook at www.stufflebeanfuneralhome.com.