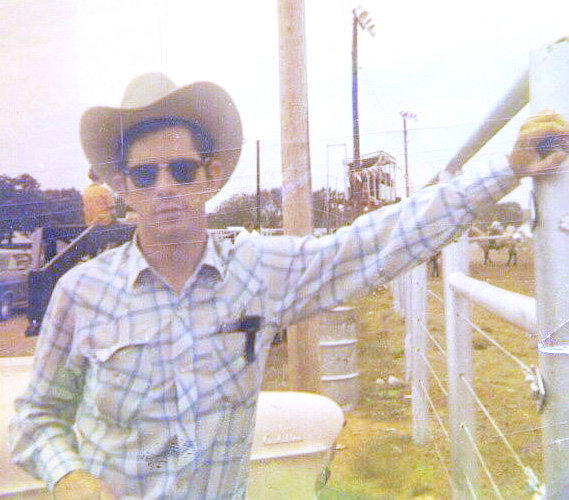 Otto Cecil Crossland died February 9, 2022, in Norman, Oklahoma, at the age of 82 years 2 months 26 days. Graveside services were held Saturday, February 12, 2022 at Hillside Cemetery in Purcell, entrusted to the care of Wadley’s Funeral Service. Online condolences may be made at www.wadleysfuneralservice.com.

Otto was born November 14, 1939 in Berwyn, Oklahoma, to Pink Pleas and Clemmie Rebecca (Crow) Crossland.  In 1941, the town of Berwyn, Oklahoma, underwent a name change, and is now called Gene Autry, Oklahoma, where Otto was raised and graduated school in 1957. He continued his education at Murray State College.

Otto worked as a Cattle Sorter for the OKC West Stock Yards, sorting cattle for auctions, retiring in 2014. He was a diehard OSU basketball and football fan. Otto enjoyed fishing, camping, and was known to rodeo in his younger years.  He loved food, but had a sweet tooth for cookies, Moon Pies, peanut butter crackers, and Pepsi Max. Otto loved spending time with his family, especially his grandchildren and great-grandchildren.

Otto was preceded in death by his parents, Pink and Clemmie Crossland; and all of his siblings.