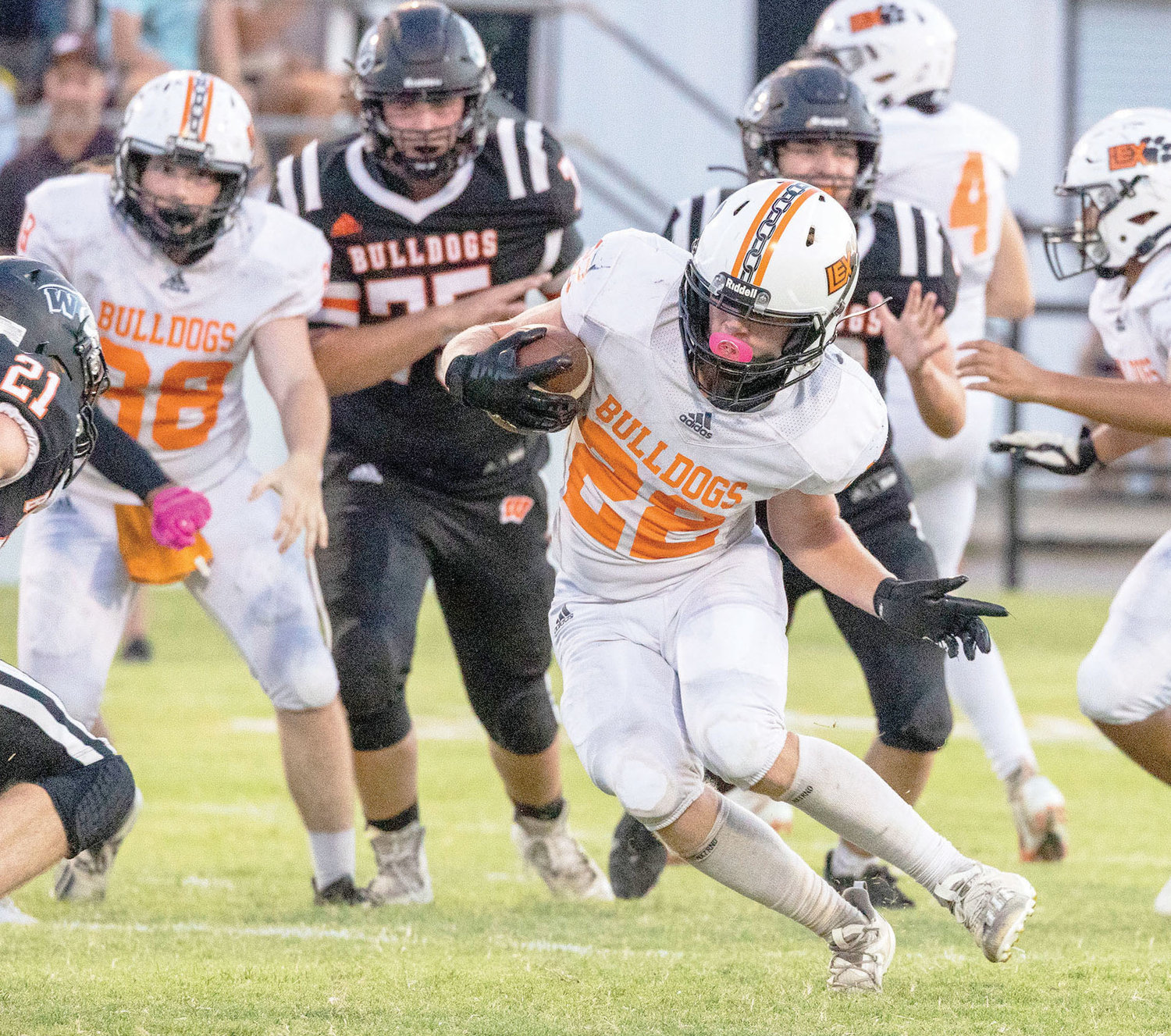 Lexington sophomore Dalton Brewer (22) puts a move on a Wayne defender while carrying the ball Friday night. Lexington was defeated 55-16. Brewer had one of Lexington’s two scores when he took the ball 16 yards to the house in the 1st quarter.
Greg Gaston - double g images
Posted Thursday, September 15, 2022 9:00 am
John D. Montgomery

Lexington will host the Purcell Dragons Friday night at 7:30 at Floyd West Field.

Both teams are coming off losses last Friday night hoping to right the ship this week.

Purcell will operate out of a spread formation on offense and employ a 3-4 defensive scheme.

The Dragons are 1-1 on the season.

“Coach Scott does a great job. They’re playing well. We’re going to take them on Friday and then get ready for our district opener,” head coach Keith Bolles said.

Lexington came up on the short end of a 55-16 score at Wayne last Friday night.

The ‘Dawgs scored first in the opening period when Dalton Brewer scampered in from 16 yards out. The two-point conversion was a pass from quarterback Tate Collier to Ezra Faulkenberry.

Lexington’s other score came in the second quarter when Gavrie Williams burst into the end zone from the eight yard line.

Bolles continues to see improvement in his offensive line. He praised the play of Wyatt McBride, Issac Martin and Baron Steelman.

“We had some turnovers that hurt us and we had some lapses that led to big plays. We have yet to put everything together for four quarters something we are going to try to do this week,” Bolles said.

“He caught some good passes and made some great blocks,” the coach said. “We’ve just got to keep working and get these guys in the spot we want them in when the play happens.

Bolles also praised the play of Trey Hartzog catching a 56-yard pass off the arm of Collier.

Lexington Head Coach Keith Bolles nominated Wyatt McBride as the Offensive Lineman of the Week. McBride graded out at 63 percent against Wayne.

There were no other nominations.