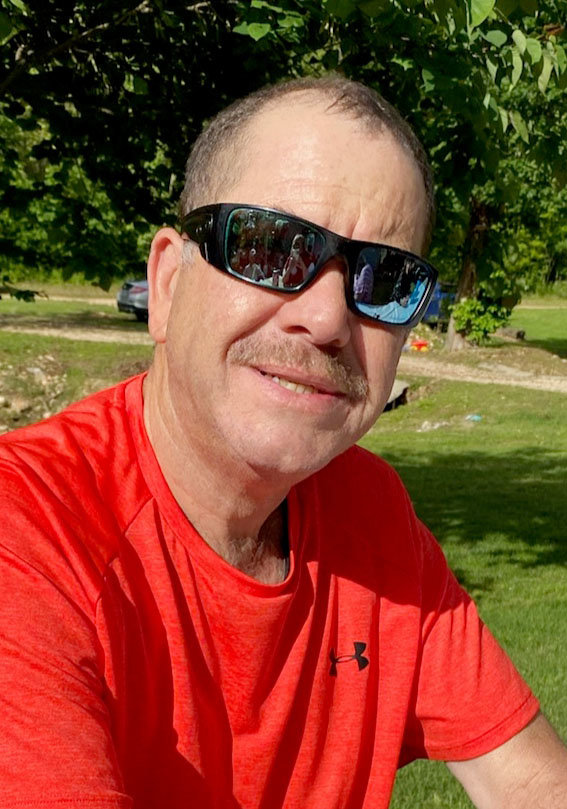 By chance, Kyle and some friends were hanging out at Turner Falls, and ended up dragging Main St. in Purcell later that evening. It was July 4, 1979, and the day he met Vicky Boydston. Kyle said it was love at first sight and they were later married on December 19, 1981 in Purcell.

They first made their home in Norman before settling in Noble where they raised their boys, Cory, Kevin and Wesley. They lived in Moore for a time, and Arizona  before moving to Grove in 2019.

At the age of 13, Kyle began working as a lot porter for Ferguson Pontiac. He worked hard and moved his way from lot porter to sales and then into the body shop. He managed a body shop for a time, worked alongside his dad, and had a career as an autobody estimator for many many years.

Away from work, Kyle enjoyed deer hunting, boating, OU football, traveling and 4 wheeling. He cherished Vicky and they had some crazy adventures together. He was spontaneous, and liked taking unplanned road trips.

He was so proud of his boys, and never happier than the day he became Pappy. Kyle loved big and made friends wherever he went. He was known by some as Pops and he loved that. He was a wonderful husband and father, grandfather, son, brother, uncle, Believer in Christ and friend. He will not be forgotten and he will be dearly missed!

He was preceded in death by his father, Bob Cantrell; brother, Kerry Cantrell; nephew, Brandon Snow and mother-in-law, Virginia Boydston.