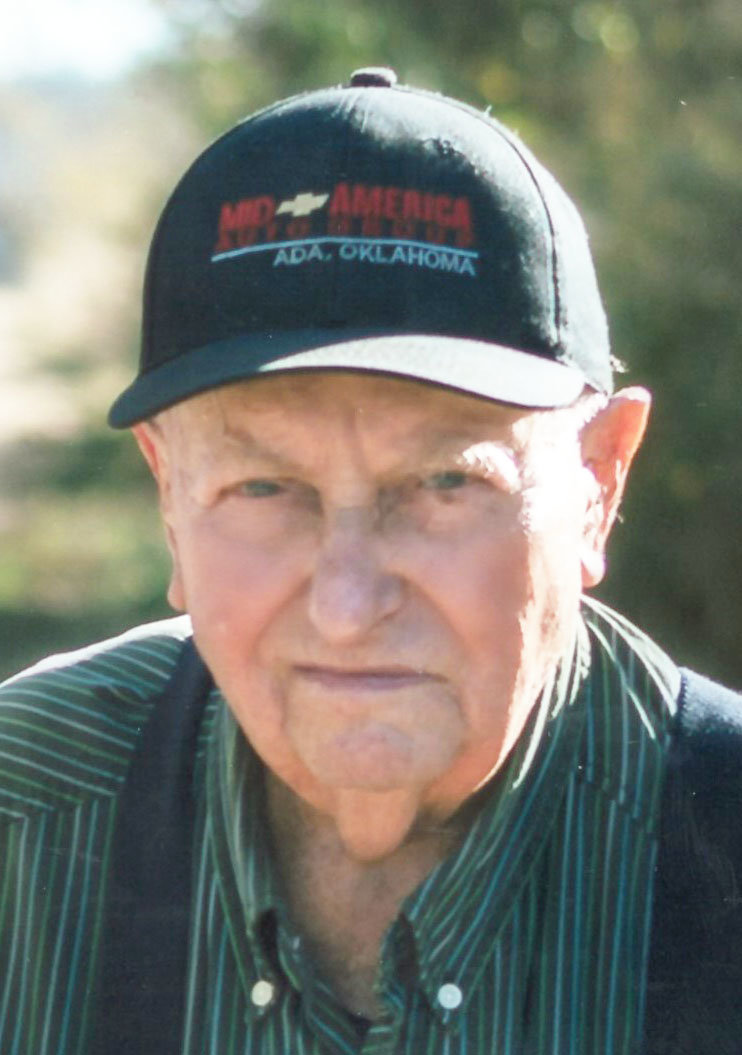 Graveside Funeral Services for Jerry Robbins, 93, of Wanette were held Monday, February 14, 2022 at the Wanette Cemetery. Services were under the direction of the Wilson-Little Funeral Home in Purcell.

He was raised primarily in Mannford, graduating high school there in 1946. By chance, while dragging Main St. in the neighboring town of Cleveland, he noticed a young local girl named Betty Mae Starrett. He knew she was the one, and on March 23, 1949, Jerry and Betty were united in marriage.

Jerry was drafted into the United States Army and served his country proudly in Korea. He was a true patriot, and proud of his service. Back home in the states, he and Betty, now parents to son, Gerald and daughter Linda, moved to Duncan. From there, they lived in Konawa for a time, before settling near Wanette in 1968.

From the time he could walk, Jerry was always tinkering on stuff. He was mechanically minded and this served him well in his career. He dabbled some in the oil field, and then began working for the State of Oklahoma as a mechanic, mainly in the Department of Corrections and also some in the Department of Transportation. He retired after more than 30 years of dedicated service.

In retirement, he enjoyed life on the farm, tending to his cattle and repairing old tractors. For several years, he was the caretaker of the Wanette Cemetery, and he took great pride in his work there. More recently, he enjoyed riding his 4-wheeler all over town, keeping an eye on things and visiting with his friends. He cherished Betty, and was a wonderful father and grandfather. He will be dearly missed!

He was preceded in death by his son, Gerald Robbins; parents, John and Maude Robbins and two infant brothers.