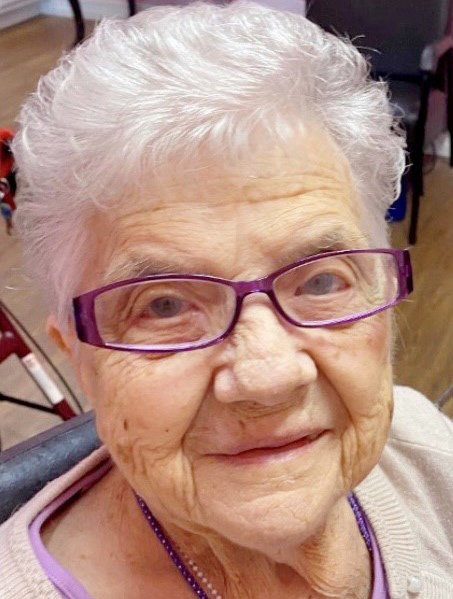 Graveside funeral services for Janet Miller, 99, of Valparaiso, Fla., will be held at 2 p.m. Monday, December 13, 2021 at Sunset Cemetery in Valparaiso, Fla. Services will be under the direction of the McLaughlin Funeral Home.

Janet Mary Alexander was born March 14, 1922 in Riga, N.Y., the oldest of four children born to James Gray Alexander and Marion (Wickins) Alexander. She was raised in Riga and attended school there.

On April 20,1945 she married Rupert Milton Miller. By 1961, they had settled in Valparaiso where together they raised two children, son Tom and daughter Carol. Janet and Rupert worked side by side, he building homes, and she selling them. She earned her Real Estate License, and spent the next 40+ years serving area families with the real estate needs.

She was an avid bowler and spent many years playing in bowling leagues. As the years passed by, she traded bowling in for wee bowling.

Janet was a woman of great faith and longtime member of the United Methodist Church. She was an inspiration to many; determined, hard working and full of life. She cherished her family; a wonderful mother, grandmother and great-grandmother, and a true friend. She will be dearly missed!

She was preceded in death by her son, Tom Miller; son-in-law, Bill Powell; her husband, Rupert Miller; her parents, James and Marion Alexander and siblings, David Alexander, James Alexander and Lorna Marshall.

In lieu of flowers, please make a donation to the charity of your choice.