Washington mops up at Lindsay 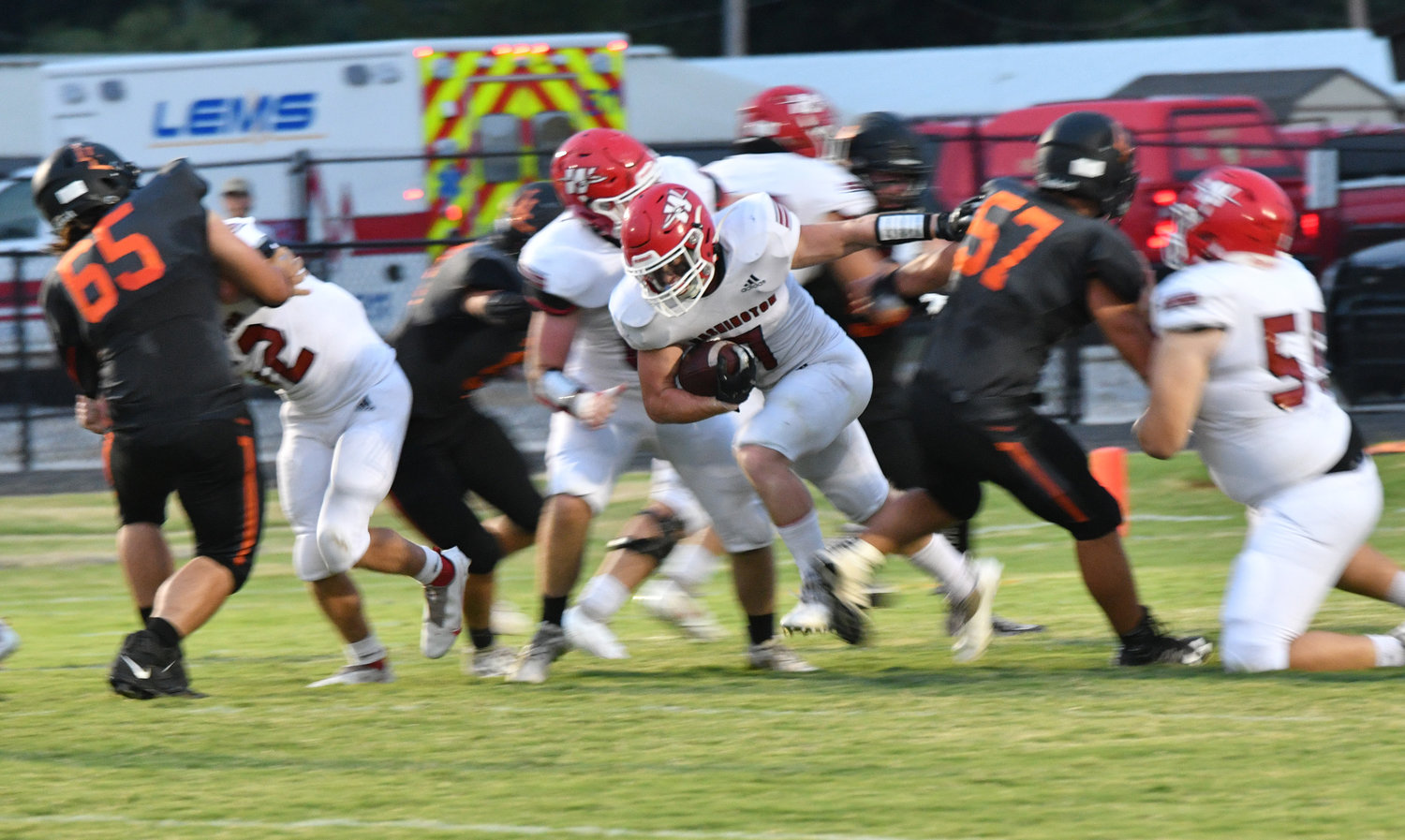 To say Washington dismantled Lindsay last Friday night would be an understatement.

After putting up 35 first quarter points, the Warriors answered with 20 more including a defensive score in the second period and then the Washington coaches called off the dogs.

They flat out had the spots rubbed right off of the Leopards.

No points were scored by either team in the second half in a 55-12 Warrior route of the Leopards.

Sophomore quarterback Major Cantrell was 7-9 passing for 202 yards and three touchdowns. Luke Hendrix got the party started hauling in a 37 yard Cantrell aerial. Kobe Scott was on the receiving end of a pair of touchdown passes, one for 21 yards in the first quarter and one for 35 yards in the second quarter.

Lane Steele scored on a cross country gallop of 71 yards and Cole Scott found the end zone on runs of four and nine yards respectively.

Freshman Brayden Arthur loped in from 10 yards out.  Senior Rope Scott closed out the scoring scooping up a fumble and rambling his way to pay dirt from 78 yards out.

“We had 425 yards of offensive in the first half,” head coach Brad Beller said. “Any time you have those kinds of numbers your offensive line is playing well.

“We played well in our pass blocking and our run blocking,” Beller continued.

Milner and Scott played tight end for the Warriors and Beller said they helped immensely in the run game offense.

Cole Scott was the bell cow for Washington in the rushing department.

He carried the pigskin 26 times for 124 yards and two touchdowns.

“We didn’t throw much but when we did we were very efficient,”Beller said.

Cantrell was able to find his two big receivers with Luke Hendrix finishing the night with 114 receiving yards and Kobe Scott with 63 yards and the two touchdowns.

Lindsay scored both its touchdowns on long pass plays.

“Outside of those two plays I thought our defense did an amazing job of shutting down their run game,” Beller said.

The Leopards finished the night limited to just 88 rushing yards.

“Those two long pass plays were really the only black eye we had all night,” the coach said. “We forced them to pass and we were able to get to their quarterback and get some sacks.”

Rope Scott had a sack to go with his touchdown scoop and score. Also sacking the quarterback were Hayden Milner, Ben Vaughn and Keller Howard.

Sophomore Ben Vaughn finished the night with six tackles including one for a loss.

Washington has a bye week this Friday night.

The nominee for Offensive Lineman of the Week went to Tanner Winlock, who graded out at 94 percent against Lindsay.

Beller nominated Keller Howard as the Defensive Player of the Week. He registered seven tackles including two for losses and registered a quarterback sack.

Getting the nod as the Defensive Lineman of the Week was Rope Scott. He had four tackles, a quarterback sack and returned a fumble 78 yards for a touchdown.

As a team, Washington had a total offense of 495 with 425 coming before Beller called off the dogs in the second half.