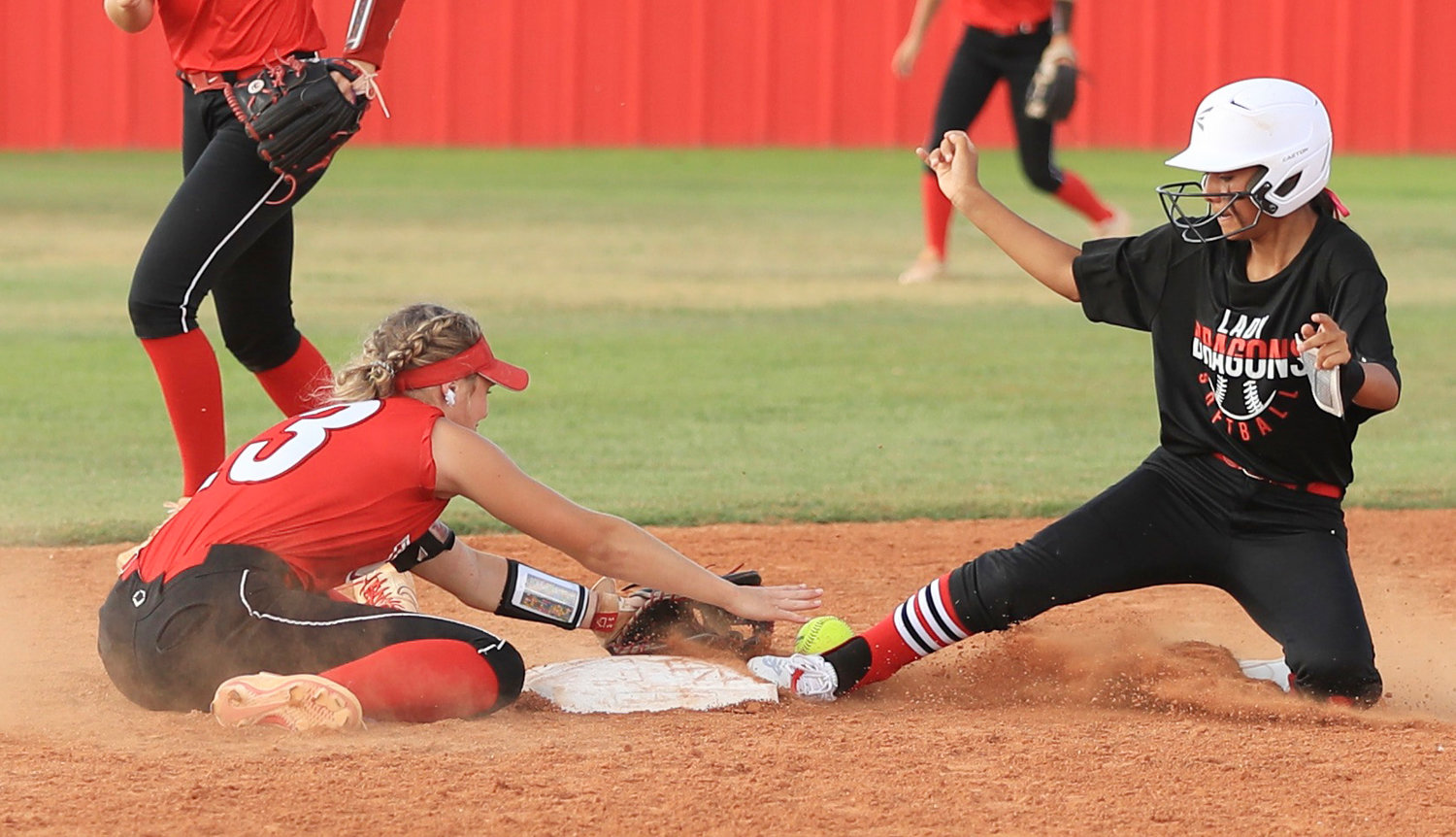 Mother Nature snagged the Purcell Fast-pitch softball season opener which was cancelled due to lightning.

“For our first game I was happy with the way we started,” head coach Sarah Jones said. “We had high intensity and made some really great plays.

“They scored a run on us from a miscommunication and that is when our demeanor shifted. We had some good at bats and we needed to learn from the bad at bats. Those are things that will work themselves out throughout the season. Opening up to the defending state champs and knowing that we can compete with them is a good start,” the coach said.

The Dragons bounced back and posted a pair of road victories, a 6-1 win over Harrah  and a 7-6 win over Latta.

“Turning around and playing another team that was in the class 4A state tournament after Washington was good for us,” Jones said. “I feel that we adjusted well at the plate and Ella Resendiz pitched one heck of a game with 14 Ks.

“We did end the game in fashion with a last out pop fly that ended with Ella and Savanna Edwards calling the ball at the same time and colliding,” the coach said. “They both are doing well and will be back end of this week.”

After losing Resendiz and Edwards the night before, Jones said she was glad Latta was on the schedule.

“We were able to take a look at where our mentality was with what happened. Our seniors pulled our girls together and after some talks they continued to fight and find ways to make things happen.

The game was knotted at six-all in the top of the seventh when Hadleigh Harp snapped out of her hitting slump.

She got the inning jump-started with a triple.

“Fighting through adversity so early in the season is hard and it didn’t phase them at all,” the coach said.

“Knowing that we have lost four starters from last year (Coty Sessions with a move, Brynley Jennings season ending  injury, and Ella and Savanna for a short time) our freshman and those who didn’t get a lot of playing time last year have really stepped up for us,” Jones said. “Our journey may be a little different this year but it is ours and I think we will be just where we need to be come the end of September.”

A road trip to Chandler Monday netted a 6-4 loss.

Purcell was limited to three hits, one each by KK Eck, Hannah Whitaker and Kenna Esparza.

The Dragons were scheduled to play at Bethel Tuesday and will play in the Murray County Bash Thursday through Saturday.

Thursday’s game against Cache is set for  1 p.m.  The Dragons are scheduled to play Tecumseh at 2:30 p.m.

Saturday’s game times are to be announced later.