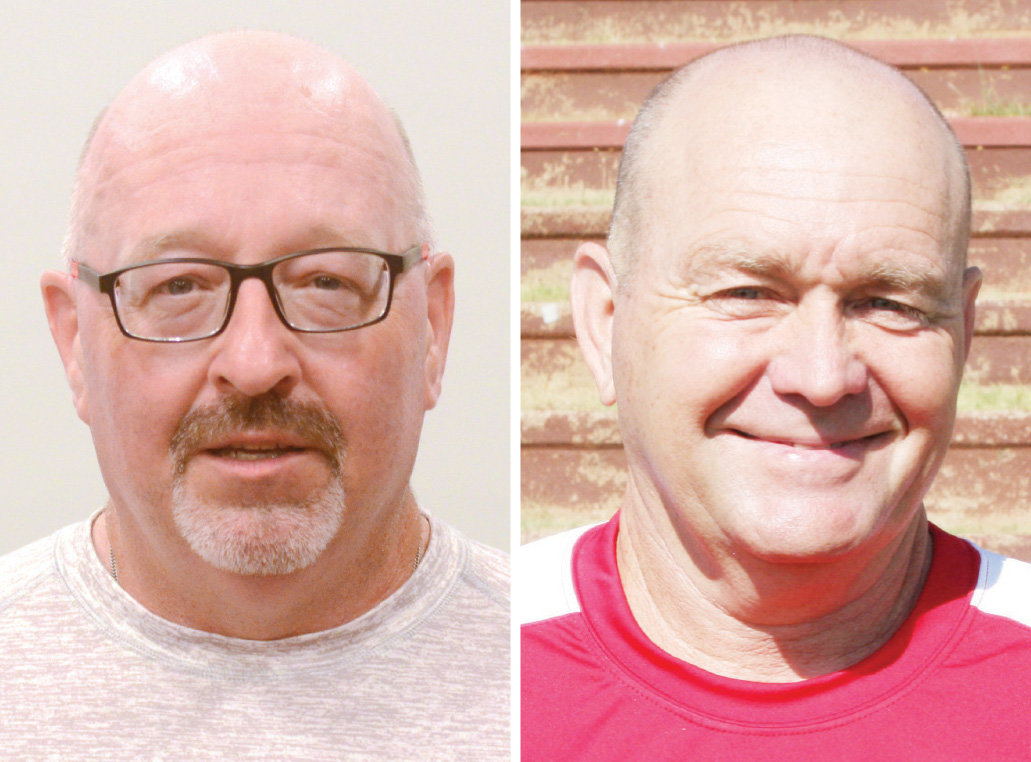 Two of the longer tenured coaches to take the field for the Purcell Dragons are current assistant coach Kurt Gray and retired assistant, and later, head coach Mike Wilson.

Gray played for the Dragons from 1978 to 1981 making the OCA All-State Football team as an offensive lineman in 1982.

Gray is in his 21st season as an assistant Dragon coach.

Wilson’s stint as an assistant here began in 1979. He left Purcell after the 1989 season and picked it back up here as head coach in 2000. He has logged a total of 24 seasons with the Dragons.

Wilson’s overall record with the Dragons is 191-82. He has 98 victories as head coach. He has either been the head coach or on the staff of 10 seasons when Purcell won at least 10 games.

His 2004 Dragon squad finished as State Runner-up at 11-4, a staff that included Gray.

After leaving Purcell in 1989 Wilson spent two years at Garland, TX, Lone Grove for two years and Westmoore for five years before taking over as Purcell Junior High Coach in 1999. He made the jump to PHS Head Coach in 2000.

Gray has been on the staff at Purcell for four seasons when they won at least 10 games.

When he was an assistant, Wilson worked under Rick Clark for eight seasons and two years when Tom Redding was head coach.

Wilson told The Purcell Register this week it is very difficult to wrap up a career, especially at Purcell, in one quote.

“Purcell was always a dream job for me,” Wilson said via telephone this week. “I can remember even as a kid going to Purcell games when we’d be out of the playoffs or not even a playoff team.”

“I saw them play when Joe McReynolds won a State Championship,” the retired coach recalled. “It was an exulted position for me. A destination job, not a stepping stone.”

Wilson was reminded of the feelings his former players have for him and how the community to this day recalls him favorably.

“It was one of those deals you get what you get. It was a two-way street between me and them,” Wilson concluded.

It is much the same for any Dragon or especially an offensive linemen who learned the game under the tutelage of former All-Stater Gray.

He’s logged many an hour as a Dragon player and now 21 years (at the end of this season) as a coach.

“I’ve learned a lot from every head football coach that has been my boss over these 20 years,” Gray said.

Always the disciplinarian, Gray’s bark when running a weight lifting session or when molding a lineman was always taken in stride because the players know his heart.

Both Gray and Wilson are big hearted Dragons that have added a luster of gold to the program.