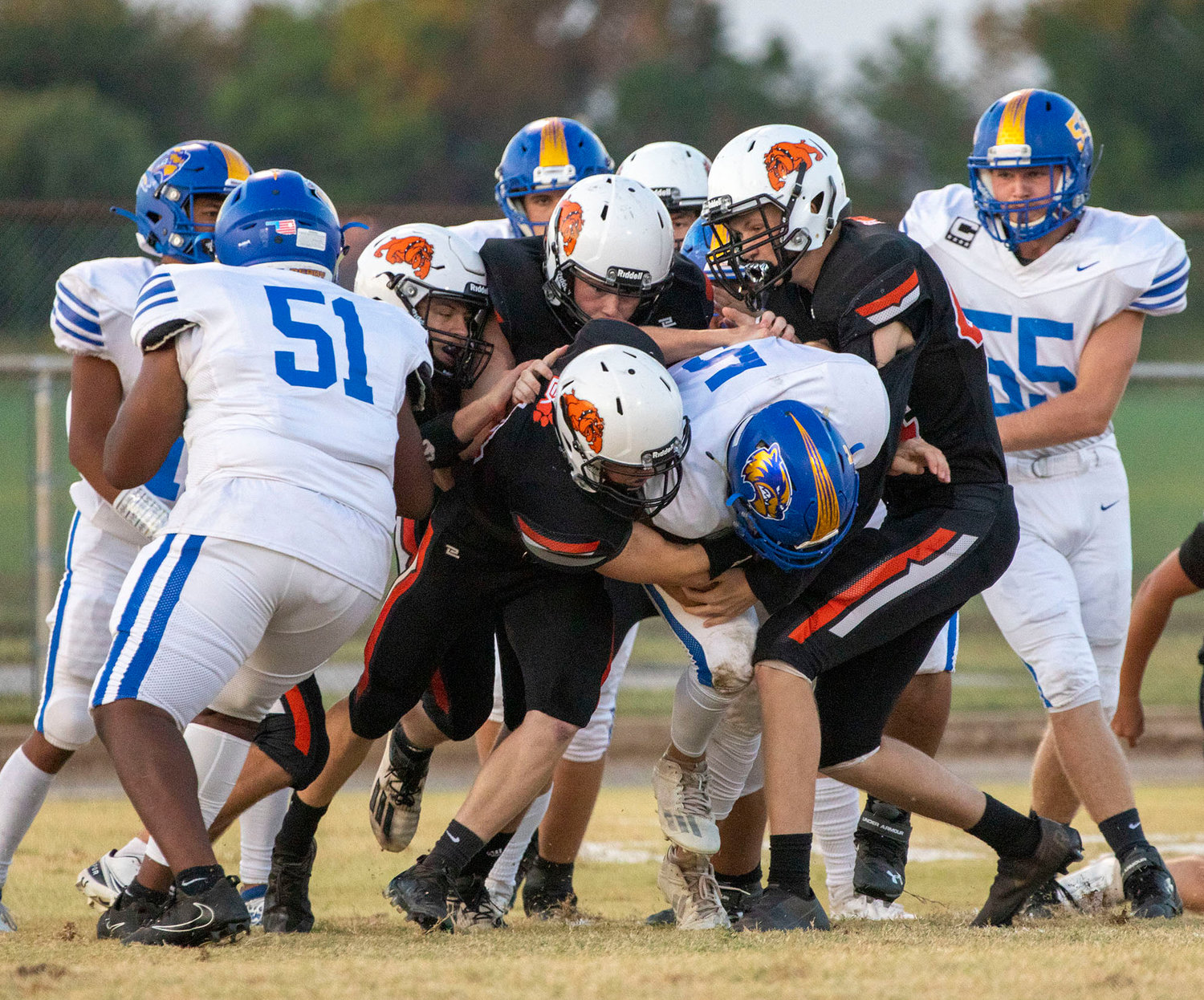 Chase Johnson and Ean Caywood both returned interceptions for touchdowns and Heath Winterton tossed three touchdown passes in the contest.

“We had some young players step up and play well for us,” Bolles said.

Winterton was 11-20 for 175 yards and the three scores. Josh Scott was on the receiving end of two Winterton scoring aerials.

Bolles also praised the offensive play of linemen Chandler Soto and Baron Steelman, both of whom graded out at 67 percent against the Wolverines.

“And our receivers did a good job of blocking for each other,” Bolles said.

Caywood led the defense with 12 tackles and the interception that he returned 35 yards to pay dirt.

Soto had nine tackles, a number matched by Seth Pyle. Pyle also had two sacks and forced a fumble.

“He put three in the end zone and placed his kicks where we needed him to,” Bolles said.

Trejo got the scoring started when he hauled in a 46 yard pass off the arm of Winterton. Chase Johnson scored the two point PAT.

Johnson’s pass theft for six was the next Lexington touchdown followed by Caywood’s pick six. Johnson also tallied six tackles including one for a loss.

Scott hauled in a 15-yard Winterton pass followed by a 38 yarder that was followed by Bryce Draper’s two point PAT.

Up next for the 3-2 Bulldogs will be a road trip this Friday to Del City to face CHA. Kickoff is set for 7 p.m.

The Crusaders operate out of a spread on offense and run the 3-3 stack on defense.

Bolles reports the key for the Bulldogs is to get everyone healthy and work on their schemes.

“Our veteran players are helping our younger kids right now. It’s fun to be out at practice,” the coach said.

Nominated as the Defensive Player of the Week was Ean Caywood, who made a team-high 12 tackles and returned an interception 35 yards for a touchdown.

The Defensive Lineman of the Week nomination went to Seth Pyle. He had nine tackles including two sacks and forced a fumble.

The Co-Offensive Linemen of the Week nominees are Chandler Soto and Baron Steelman who both graded out at 67 percent against Holdenville.