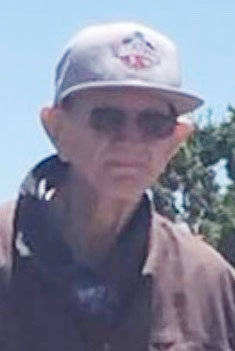 Charles was born June 17, 1943 in Clovis, N.M., the fourth of five children of Homer and Ruby Marie (Isbell) Redus. He was raised primarily in Grady where he attended school.

Charles was blessed to live a simple life, in a rustic cabin, high in the Sangra de Cristo Mountains near Sapello, N.M. By 1977, Charles, along with his mother Ruby, moved to Maysville to be closer to family.

Charles loved his church, Union Hill Baptist Church in Purcell. His greatest legacy was his faith; he truly never met a stranger and he was never shy about sharing his love for Christ.  Charles never missed an opportunity to go fishing, and he cherished his family and friends. He will be dearly  missed!

He was preceded in death by his parents, Homer and Ruby Redus and siblings, Ginger Medders, Bill Redus and Wanda Riley.

Charles is survived by his brother, Jimmy Redus of New Mexico; several nieces and nephews and a host of other family and friends.