Bulldogs in meat of schedule 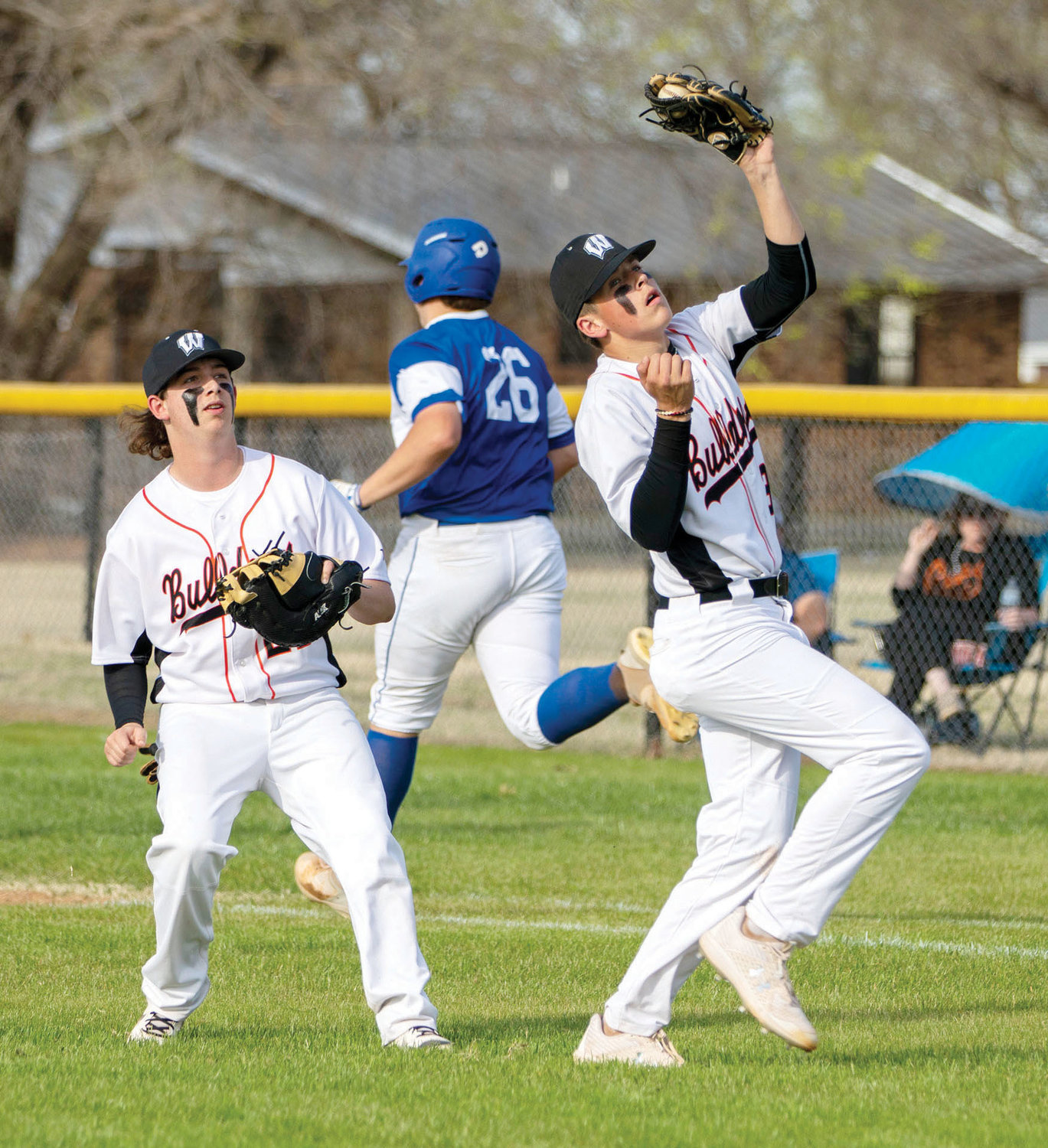 With a 5-5 record after a 10-5 loss to Dibble on Monday, the Wayne Bulldogs were set to host Rush Springs Tuesday evening.

“We had our chances early but left too many runners in scoring position in the first three innings,” head coach Shane Collins said.

Wayne had 10 hits in the Dibble loss, led by Rhett Kennedy’s three. Duke Moore and Jr. Perez had two apiece.

Ethan Mullins had a three-run triple in the seventh inning to chip away at Dibble’s lead, but Wayne was unable to get the hits they needed with runners in scoring position, according to the coach.

Jaxon Dill was on the mound for Wayne. He pitched five innings, giving up eight runs on 13 hits.

Andy Lee came in in relief. He pitched two innings and gave up two runs on two hits.

Kennedy has been a leader for the Bulldogs during this young season.

“Rhett has taken on a role for the team and has played good defense for us at catcher. He and Ethan are also ranked in the state in stolen bases.”

Last week, Wayne was in Marlow for the Red Dirt Classic. They dropped their first game with Carnegie, 4-2.

“That game was one we should not have lost, in my opinion,” Collins said.

“After the Carnegie loss, we found our bats and hit the ball better. We got on base a lot more.”

The Bulldogs had four hits in the loss. Mullins and Kaleb Madden scored their runs.

Perez had the lone RBI.

Madden was on the mound. He allowed four runs on 10 hits.

They played again on Friday and beat the Pirates of Cyril 11-2 in four innings.

Lee pitched for the Bulldogs. He gave up two runs on five hits.

The bats were going for Wayne as they tallied nine hits, Kennedy had two and two ribbies. Lane Jones had three RBIs.

To round out the tournament, Wayne lost a close one to Rush Springs, 6-4.

According to the coach, errors allowed the Redskins to pull away and the Bulldogs were not able to recover.

Runs were scored by Mullins, Kennedy and two by Madden.

Dill was on the mound for Wayne. He pitched five innings, allowing six runs on nine hits.

Wayne takes their team on the road to Alex on Thursday then hosts Pauls Valley on Friday and Wynnewood on Monday.