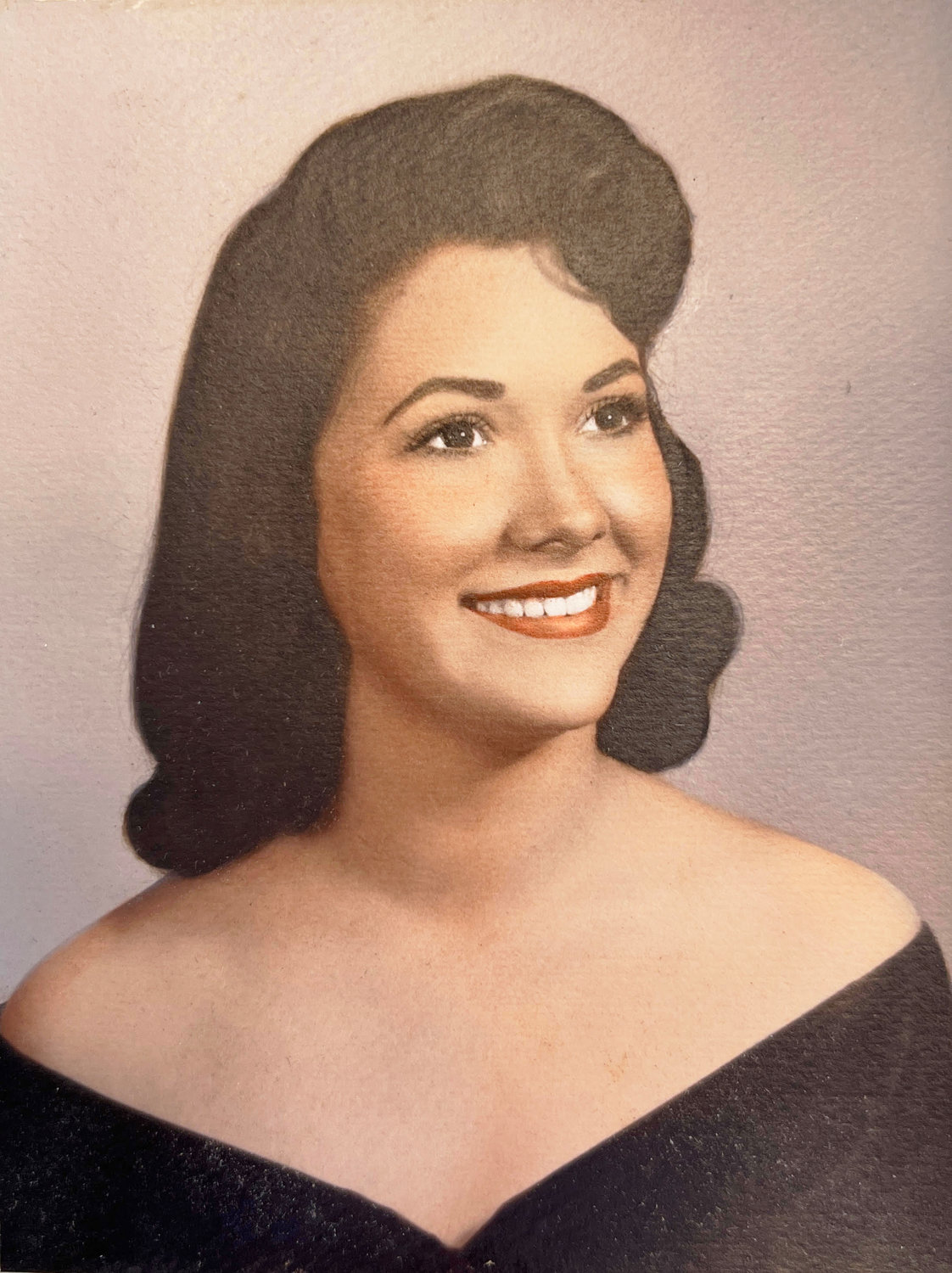 Born in Enid, Okla., to Lottie Pauline Phillips Wells and Ralph Turner Wells, Bonnie grew up in Purcell, Okla. As a little girl in the 1940s and ‘50s, she and her friends could be found playing up and down Main Street near her parents’ business Wells Cleaners.

Bonnie loved music and played flute in the Purcell “Marching 100” High School Band, traveling across the country to play for many, including marching in the 1956 Cotton Carnival Parade in Memphis, Tenn., and during Mardi Gras in New Orleans, La., in 1960. Her musical endeavors also included All-State Band Outstanding Soloist (flute), 1957; 2 years in the Purcell High School Choir, serving as Vice President and singing in the Girls’ Trio and Quartet.

Upon graduating Purcell High School in 1960, she followed her love of music and education to the University of Oklahoma. While studying Home Economics, she played in the Pride of Oklahoma Marching Band. She also was a member of the Gamma Phi Beta sorority. Graduating in 1964 with a bachelor of science degree in home economics from OU, she began her educational career in Walnut Grove, Calif., teaching middle school in 1965.

A 1969 move to Houston, Texas, brought her to La Porte High School where she was charged with building a new Vocational Food Service Department at the Vocational Technology Center. She spent 15 years at La Porte, creating one of the best vocational programs in the state. While living in Houston she met her love, Weldon David Cade, Jr. and they married in 1972. They had a daughter, Holley, in 1973.

The family had a deep love of sailing and boating, and could be found on the water during leisure times. Bonnie was a student, entrepreneur and always had curiosity of all things around her. She developed multiple businesses in her lifetime, the first being B.C. Designs, a commercial art framing business. She sold art and offered framing services throughout the Houston area.

In 1981 she moved back to Purcell to begin a new business with her father Ralph: The Holley Tree Toy Company. Upon retirement from the dry cleaning business, Ralph developed a love of woodworking, which he and his daughter turned into a lucrative business. But Bonnie’s love of education always remained in her heart, which brought her to Mid-America Technology Center where she taught Commercial Food Service until her retirement in 1997.

Her love of art, painting and drawing that began in high school were skills that would blossom in her golden years. Upon entering her home, one would find Bonnie sitting at a large easel painting her latest award-winning showpiece. She also loved sewing and knitting. Creating unique quilts and knitting fun throws and scarves were her specialty.

She was preceded in death by parents, Ralph Turner Wells and Lottie Pauline Phillips Wells and her fur babies: kitties, Arthur Julian and Elizabeth Grace.

She is survived by daughter, Holley Wells Cade Balusek and her husband, August Balusek, of League City, Texas.