Big second half for Dragons 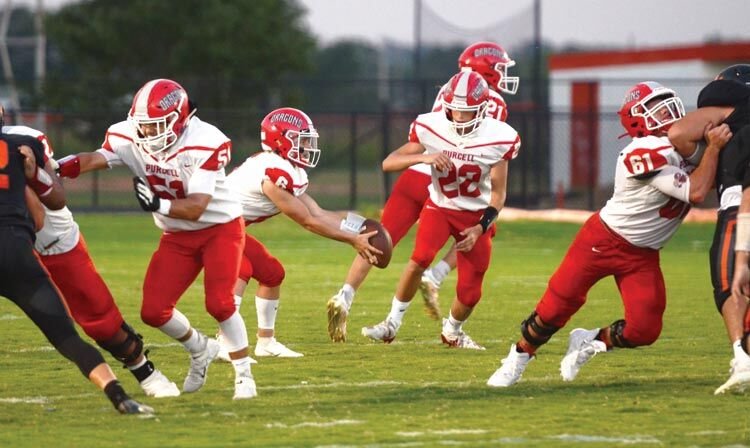 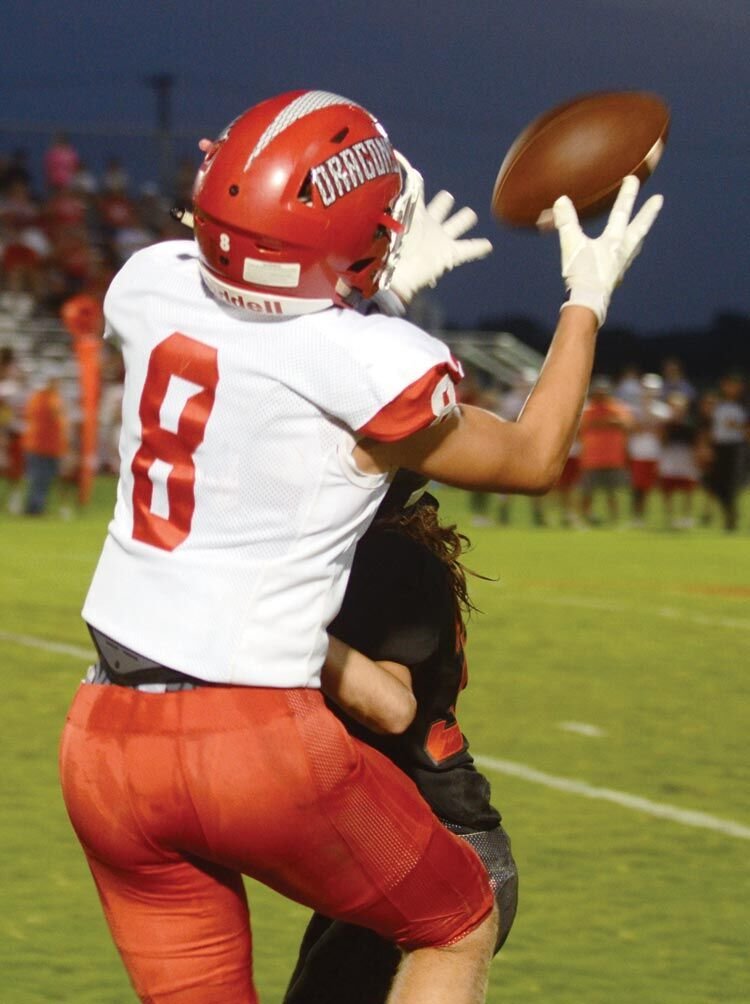 Tracy Scott was worried about it all week.

Turns out his fears were warranted.

Scott was worried about a hang over from the narrow one point loss in overtime to Lone Grove and it took his club 2 1/2 quarters to shake the cobwebs and start playing last Friday night at Lindsay.

Trailing 14-7 at halftime the Dragons got out of their funk and scored four second-half touchdowns to down the Leopards 35-28.

But the victory was marred when senior Gage Askew sustained a broken leg on a PAT. The two way starter in the line will be sorely missed.

“I’m happy we won but it’s hard to be happy with what happened to Gage,” Scott said. “He’s been a big part of this program since I’ve been here. It’s just not going to be the same without him.”

Purcell struck first converting several long third down plays and a fourth down play en route to a 7-0 lead when senior signal caller Kody Kroth scored from a yard out.

But Lindsay built the 14-7 halftime bulge.

Kroth warmed up in the second half completing 19 of 34 passes for 362 yards and two touchdowns with no interceptions.

He hit Creed Smith on a 43-yard scoring strike and found Cale Walker open for a 76 yard touchdown pass and catch.

Titus Mason had a beautiful 58 yard pick six and Payson Purcell closed out the scoring on a one yard plunge.

Brody Galyean led the receiving corps snagging seven passes for 85 yards. Smith had six catches for 68 yards and the score.

Scott said Jaysen Shea and Johnny Marquez both turned in top shelf performances in the line on both sides of the ball.

On the defensive side of the ball, Sam Wofford led the way with 16 tackles, one quarterback hurry and broke up one pass.

The Dragons got stellar outside linebacker play from Smith and Kyle Hogan.

The coach said Brodrick Smith played better in the second half and he got good defensive back play from Tyler Williams, Gavin Constant, Walker and of course the pick six from Mason.

“I felt like we came out really flat at Lindsay,” Scott said. “We didn’t react for two and a half quarters.”

Up next for the Dragons is Meeker at Conger Field Friday night at 7 p.m. It will be Senior Night.

The Bulldogs are more of a run oriented offensive team operating out of a one back gun or sometimes a two back shotgun formation.

The Bulldogs base out of a 4-2 on defense.

Kroth was 19-34 for 362 yards and two touchdowns and had no interceptions. He also rushed four times for 10 yards and a touchdown.

Scott nominated Sam Wofford as the Defensive Player of the Week. Wofford registered 16 tackles against Lindsay. He had one quarterback hurry and broke up a pass.

The Defensive Lineman of the Week nominees are Johnny Marquez and Gage Askew. Askew had six tackles before he was injured and Marquez had eight stops.

Getting the nod as the Offensive Lineman of the Week was Jaysen Shea, who graded out at 85 percent.