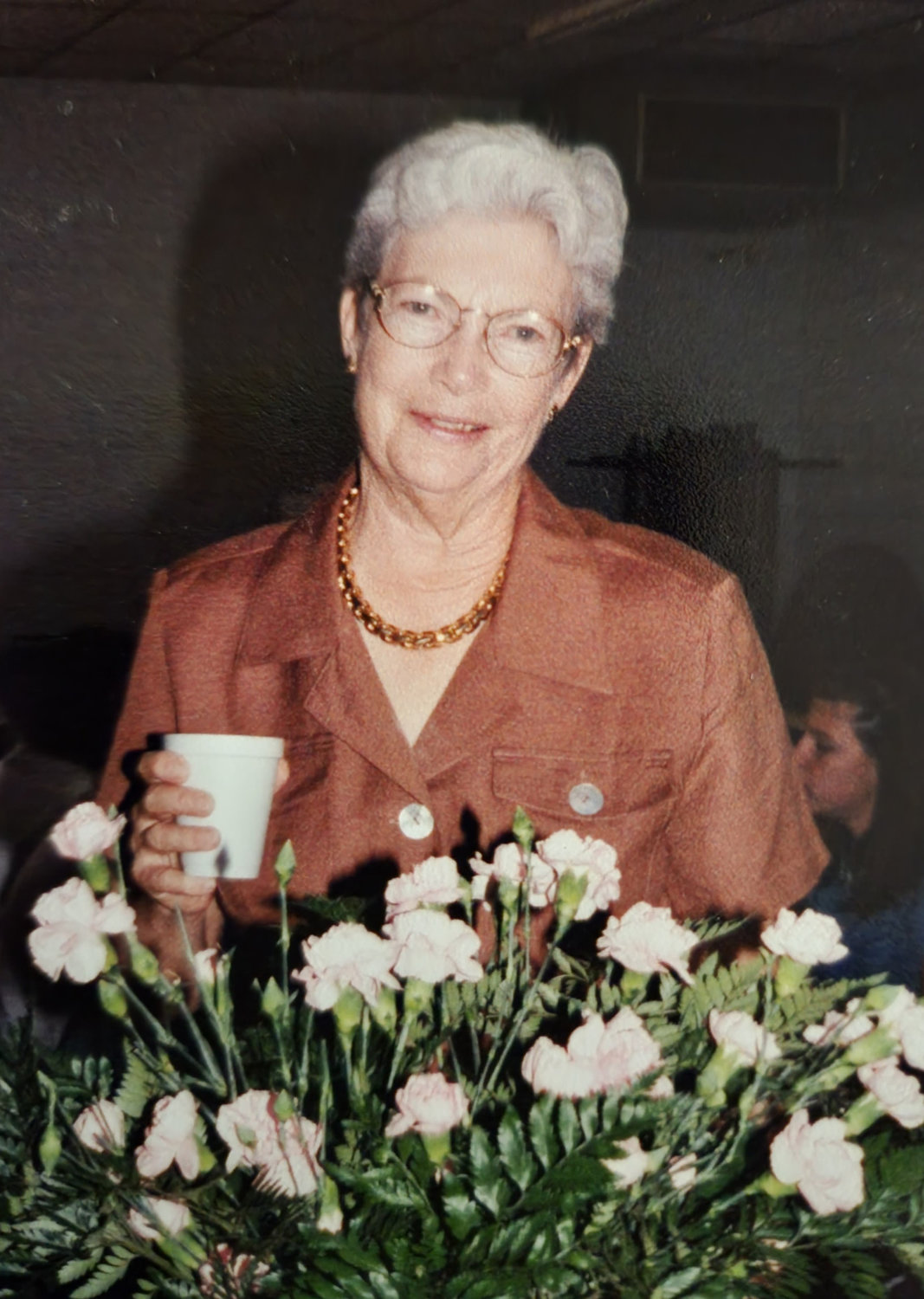 Bernadette Ann Hardesty, 92, passed away on August 3, 2022 at her home in Purcell, Oklahoma.

She was born on August 14, 1929, in Sacred Heart, Oklahoma, to Lawrence Anthony Hardesty and Martha Lanzl Hardesty. After skipping several grades, she graduated from high school and entered the Sisters of St. Francis in Maryville, Missouri.

While in religious life, she served as a nurse and a teacher, and she held positions of progressive responsibility in the administration of St. Anthony’s Hospital. She also earned master’s degrees in mathematics and science.

She left the convent in 1971, and in secular life, she worked as a math teacher, both for the Norman school district and Oklahoma City Community College. Her relentless intellectual curiosity could be seen in the breadth of her reading and in her decision to earn a third master’s degree in pastoral ministry at 76.

Bernadette was active in the Democratic Party and Catholic Church and respectful of its just teachings throughout her life. She lived a life of service to others, caring for a long line of friends and family who found themselves in need of a place to stay, meals, childcare, rides, or any other kind of support. She was devoted to her five nieces and nephews and ten great-nieces and nephews, and, never restrained in her opinions or her love, she helped shape the outlook and ethics of multiple generations.

Bernadette was preceded in death by her parents; her brothers, Conrad, Jerome and Rex Hardesty; and her great-nephew, Wyatt Rolewicz.

She is survived by her sister, Marybelle; her nieces, Elizabeth Armentano, Cynthia Phillips and Jessica Hardesty Norris; her nephews, Larry Hardesty and John Rolewicz; and nine grandnieces and grandnephews.