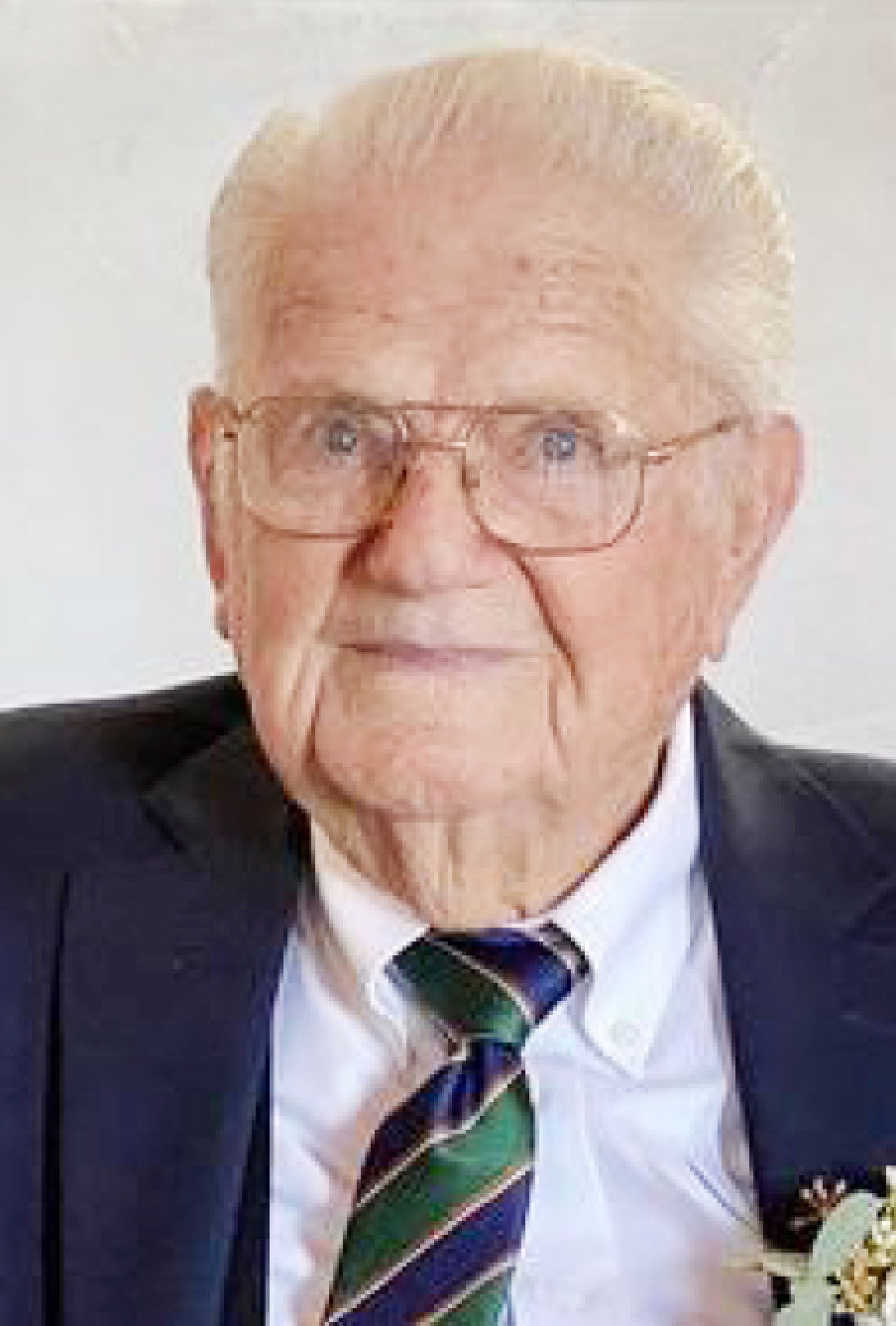 Benny “Max” Dye, 94, and a life-long resident of Konawa, Okla., passed away December 21, 2022 at Purcell Municipal Hospital in Purcell, Okla.

He received a Bachelor of Arts Degree in Vocal Music Education from East Central University in Ada, Okla. He taught vocal and instrumental music at Konawa Public Schools for seven years. In addition, he served as choir director of the Konawa United Methodist Church for 45 years, and was a soloist for numerous funerals in the surrounding area. He had a profound love of music with which he enjoyed teaching to others and passing down to his children and grandchildren.

Max served as District 1 Seminole County Commissioner for 20 years and was board chairman for most of those years. He was most proud of his work in helping to enact laws that benefit county government.

He was appointed by Governor Nigh and reappointed by Governor Bellmon to serve on the Oklahoma State Health Planning Commission Advisory Board. He was also a member of the Konawa National Guard Armory Board, Konawa Lions Club and the Konawa Chamber of Commerce. Max was instrumental in the development and building of the Konawa Community Health Center and the implementation of The Physician’s Manpower Act allowing access to rural healthcare for Konawa citizens. He served as chairman of the Konawa Community Health Center Board for three years and was a member for 10 years.

Max also served as Konawa City Manager from 1994 to 2004. During his tenure as City Manager, he was responsible for acquiring multiple grants which allowed for new city buildings and other city improvement projects including a new fire station, two new industrial buildings, Konawa Lake boat ramp, new water wells and the resurfacing of all city streets, and many others. Max proudly served on the County Board of Health for 53 years and was chairman for 50 of those years. He just recently retired in 2020.

He is survived by his loving wife of 62 years, Marguerite Dye of the home; three sons, Bryan Dye and wife, Jan, of Purcell, Eric Dye and wife, Sandy, of Konawa and Damon Dye and wife, Liz, of Durant, Okla.; one daughter, Jana Tarpley and husband, Jon, of Texarkana, Ark.; 12 grandchildren and seven great-grandchildren.

Max was not only a loving husband, father, Papa and dedicated public servant but a devoted farmer/rancher as well. He continued farming up until his death at the age of 94 and most recently received the Konawa Conservation District’s “2022 Cooperator of the Year Award” for which he was extremely proud. His most loved quote was that of Paul Harvey: “On the eighth day, God looked down on his planned paradise and said ‘I need a caretaker.’ So God made a Farmer.”