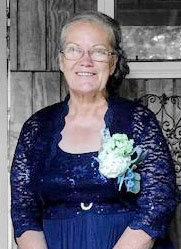 Barbara Lynn Skinner died January 22, 2022, in Wayne, Oklahoma, at the age of 63 years 18 days. Funeral services were held Wednesday, January 26, 2022, at Wadley’s Funeral Chapel. Interment was at Lexington Cemetery, entrusted to the care of Wadley’s Funeral Service. Online condolences may be made, and service live streamed at www.wadleysfuneralservice.com.

Barbara was born January 4, 1959 in Tulare, California, to Earl and Mary Luceal (Wilkinson) Simmons. She was raised and attended school in Henryetta, Oklahoma. Barbara was baptized into the General Assembly and Church of the First Born at the age of 12.

She married Danny Skinner on November 28, 1978 in Gainsville, Texas. Barbara loved spending time with her family, especially her grandchildren.  She also enjoyed quilting, making people laugh, mowing and going to the Idaho camp out.  Barbara liked to travel, as well as,  serving the Lord, spending time with the brethern, and helping people.