9-2 win over Asher for Wayne

Two away games to end the week, Districts coming up 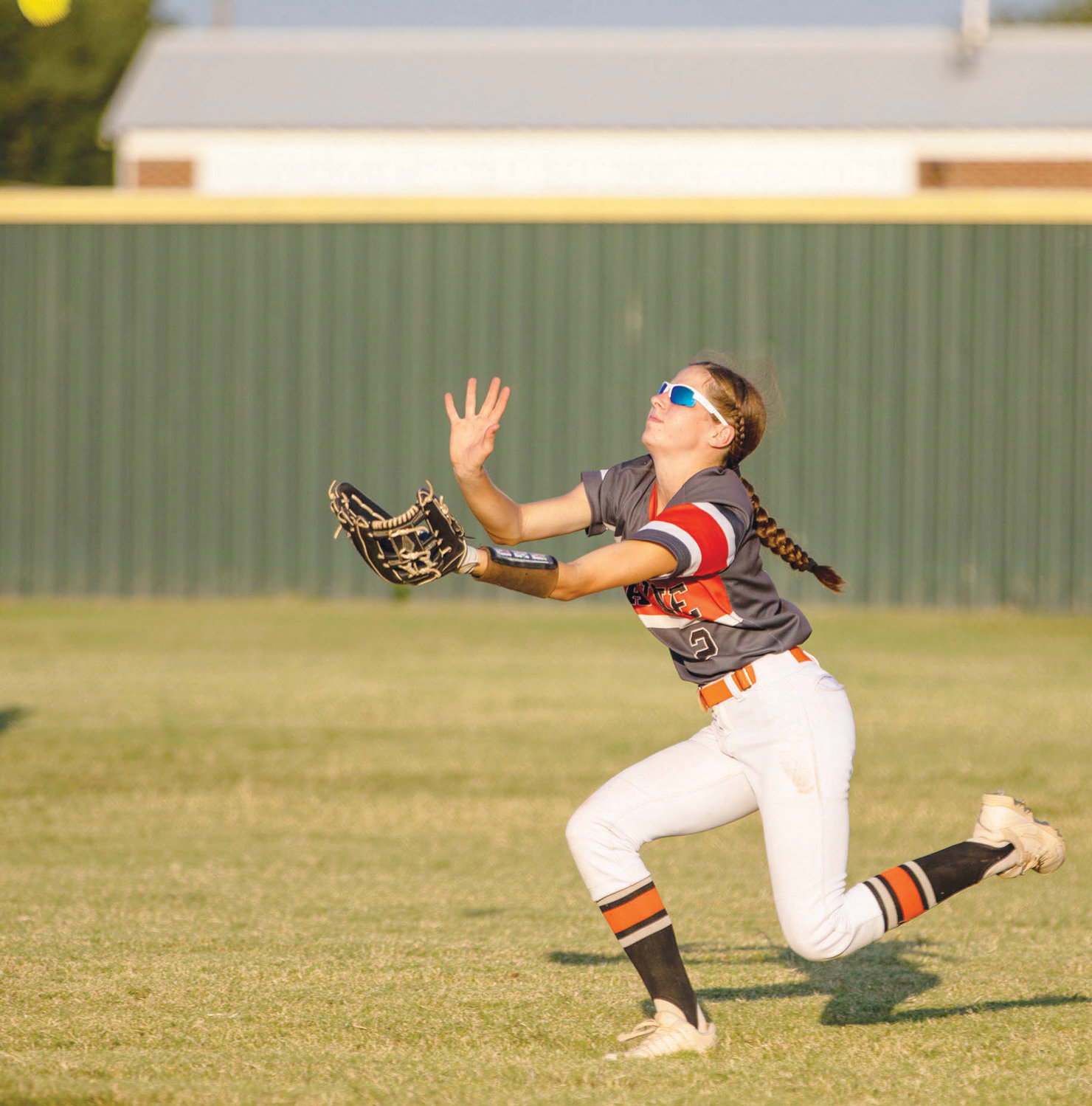 Wayne sophomore Haylee Durrence slides under a fly ball for an out Monday during the Bulldogs’ 9-2 win over Asher. Durrence made several plays for Wayne in the outfield in the game.
Greg Gaston - double g images
Posted Thursday, September 16, 2021 9:00 am

Last week was quieter than scheduled for head coach Charles Durrence and his Lady Bulldogs.

Tuesday night’s three-way with Vanoss and Velma-Alma were the only games they played. Wayne dropped both games with a 12-1 loss to Velma-Alma and a 5-4 loss to Vanoss.

A game with Paoli for Thursday was canceled as was Friday’s game at Tupelo.

Monday night, Wayne hosted Asher and got a 9-2 victory.

The Lady Indians scored two runs in the first inning and held Wayne scoreless through one and a half innings.

The Lady Bulldogs got two runs across in the plate in the second inning to knot the score at two-all.

Scoring opened up in the fourth inning when Wayne pushed seven runs across to take the lead and win the game.

Durrence’s team had 13 hits in the win. Daliyah Fuentes and Haiden Parker had three a piece, including a three-run homer for Fuentes. Kaylee Keeler had two hits and Haylee Durrence, Kaylee Madden, Faith Brazell, Mayce Trejo and Allison Ryan each had one.

The Lady Bulldogs had eight ribbies, including three from Fuentes, two from Brazell and one each from Madden, Parker and Keeler.

Brazell was in the circle for Wayne in the win. She gave up just two runs on six hits and fanned five batters.

With eight hits across both games and just four RBIs, the Wayne bats seemed to have cooled some.

Brazell pitched both games. She struck out one batter in each game.

Durrence had his team scheduled to host Rush Springs and Ninnekah on Thursday and travel to Bowlegs on Friday.

The previously scheduled game with North Rock Creek was canceled.

The Lady Bulldogs will play Rush Springs in game one at 10 a.m. on Wednesday.

“If we do all of the little things right and play well, we will give ourselves a chance to get out Districts. It’s not an easy road, but it never is,” Durrence said.