Wayne on a tear last week 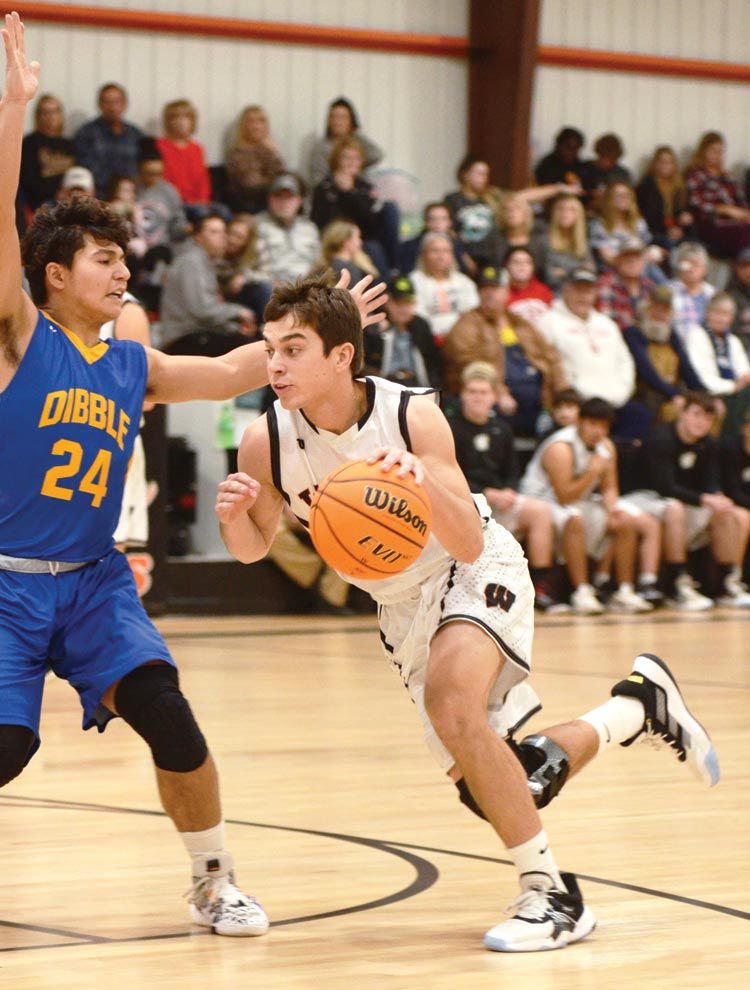 James Spencer attacks the Dibble defense during Wayne’s previous loss over the Demons. Wayne played a rescheduled game at Dibble on Saturday but fell to the Demons 48-34. Spencer had six points in the loss. 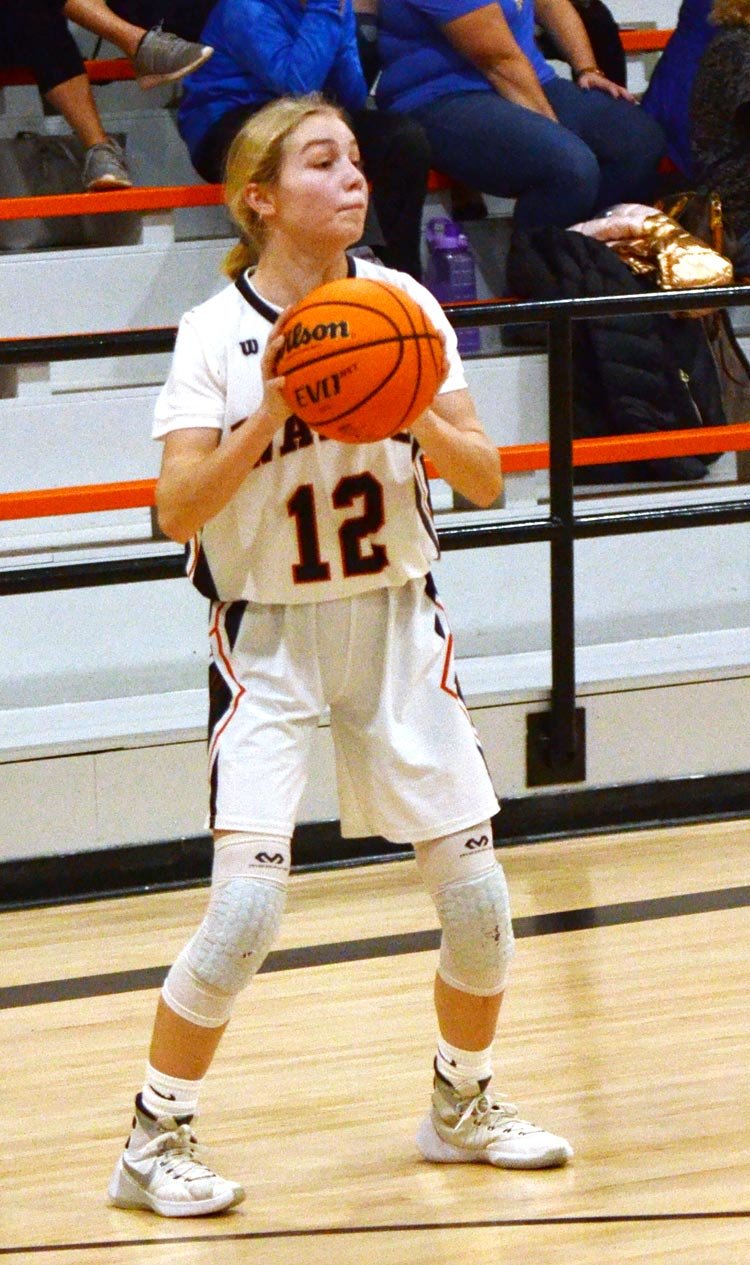 Head coach Josh Trent was pleased with his teams’ play last week. His Lady Bulldogs went 3-0 with wins over Wynnewood, Maud and Dibble in a makeup game from December. His Bulldogs were 2-1, besting Wynnwood and Maud but falling to Dibble.

Saturday Wayne traveled to Dibble to make up a game from December. In a dominating performance the Lady Bulldogs won 53-20.

“The girls played well the whole game, especially defensively. Shyleigh Mantooth led us in scoring off the bench and Kaylee Madden was dominant on both sides of the ball,” Trent said.

Wayne jumped out on top and outscored the Lady Demons in each stanza, including allowing them just two points in the second quarter.

Mantooth led the Lady Bulldogs with 13 points while Madden added 10. Haiden Parker had nine and Lorensa Martinez had eight.

On Friday, Wayne hosted Maud and once again dominated the game, winning 34-18.

The Wayne nets were hot from the start, outscored the Lady Tigers in each quarter except the final eight minutes.

Tuesday night Wayne hosted Wynnewood and came away with the hard fought win, 44-39.

Down 25-16 at the break, Wayne came out of halftime and held the Lady Savages to just 14 second half points. They erased their deficit and notched the five-point victory.

“This was the best all around team win for us this season. I’m proud of how well they played and worked to get out of being down,” Trent said.

Martinez was the scoring leader with 12 points with Madden close behind with 11 points.

The Lady Bulldogs (10-8) were scheduled to travel to Maysville. They will host Konawa on Friday and be on the road at Lexington Saturday night.

In a makeup game with the Dibble Demons, Wayne fell 48-34.

“The boys just didn’t play well on either side of the ball and we just lost,” Trent said.

Dibble’s nets were hot nabbing the lead from the start and outscoring Wayne in every quarter.

Sophomore Brannon Lewelling led the team on the offensive end with 15 points in the loss.

Friday night Wayne picked up an overtime, 64-59 win over the Maud Tigers.

According to the head coach, the Bulldogs started slow. Their game was off and they got down 11 points at the half.

But, James Spencer’s hustle, leadership and game-high 26 points helped propel the Bulldogs to the win. Lewelling was also hot, adding 16. Kris Welch had 12.

Last Tuesday, Wayne once again hustled hard to get the comeback win, 63-60, over the Savages of Wynnewood.

Down ten at the break, the Bulldogs bent, but didn’t break. They outscored the Savages in the final two quarters to pull away and seal the three-point win.

Head coach Josh Trent reiterated that this was the best all around team win for this squad so far.

“This was a good team win and I’m proud of my guys for not giving up and getting the win,” Trent said.

Wayne (9-10) was scheduled to be on the road at Maysville Tuesday. They are hosting Konawa Friday and are at Lexington Saturday.