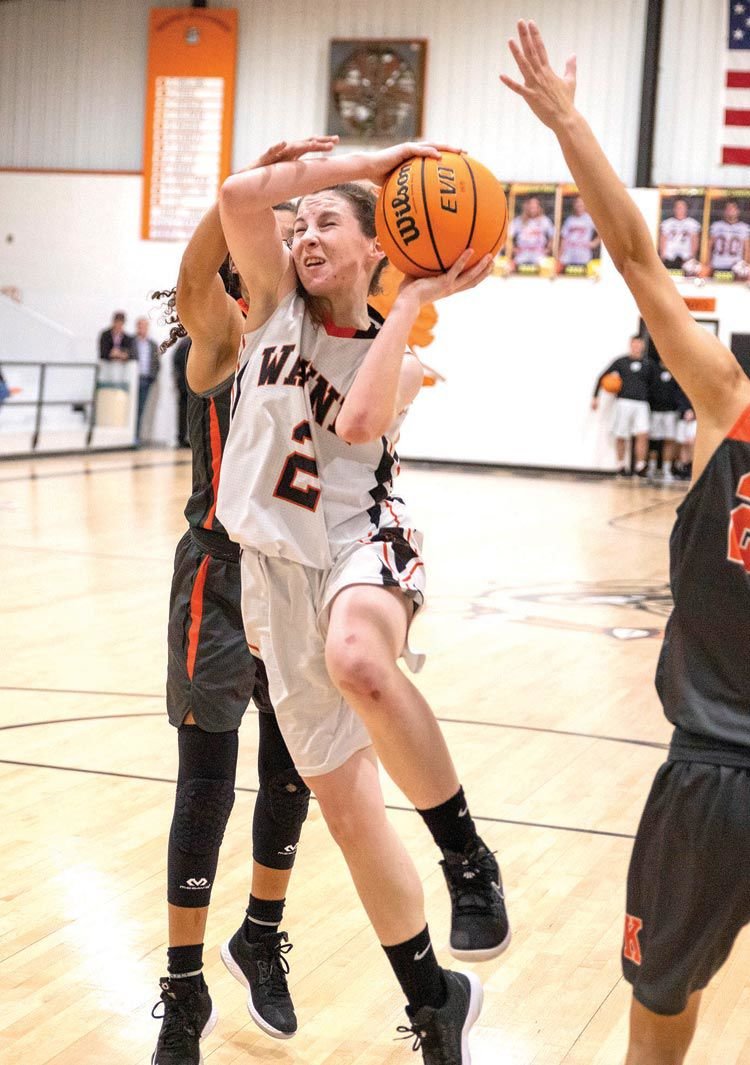 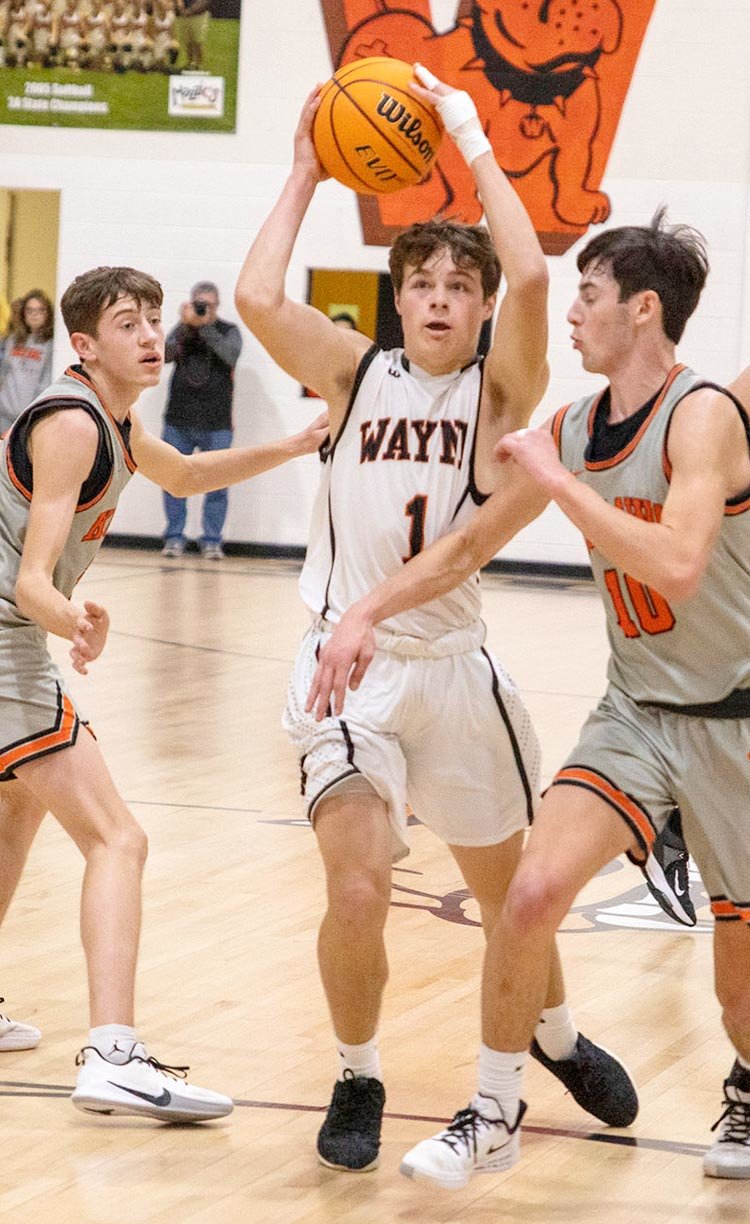 The Wayne Lady Bulldogs (12-9) are headed into Districts this Friday at Vanoss. First up they face ECP at 6:30 p.m. The winner of that game goes on to face Vanoss Saturday night.

Last week, Wayne went 2-1 with a road win over the Lady Warriors of Maysville, 39-28 and an overtime win over Konawa, 44-38. They capped their week with a lopsided loss the the Lady ‘Dawgs of Lexington, 68-33.

In the final games before post-season play, Wayne ran into the buzz saw that is the Lady Bulldogs of Lexington. On a roll all season, the Lady ‘Dawgs did not let up against Wayne.

Lexington was red-hot offensively the whole game. They jumped out on top from the first quarter and never relinquished their lead, including when they poured in 25 third quarter points.

McKenzie Fisher was the lone Wayne Lady Bulldog in doube figures with 11 in the loss.

“I’m proud of how the girls played. We got good points from Haiden Parker and Shyleigh Mantooth. Kaylee Madden also made good plays late in the game to seal the victory,” Trent said.

Konawa jumped out in front in the first quarter, but Wayne never went away.

Down just three points at the break, Wayne came out from the lockerroom and matched the Lady Tigers point for point, both notching 10 points in the third stanza.

The Lady Bulldogs outscored Konawa 14-11 in the final quarter to tie it up and send the game to overtime.

Defense was tough in the extra period as Wayne gave up just two points, but added eight of their own to seal the victory.

Parker had 12 points while Mantooth was also in double figures with 10. Madden added eight.

Last Tuesday Wayne traveled to Maysville and notched a 39-28 win over the Lady Warriors.

“The girls played well  on both sides of the ball,” Trent said.

The Lady Bulldogs were ready to play and jumped out in front, outscoring Maysville in each quarter, except the fourth. But they had built a cushion and were able to run away with the win.

According to coach Trent, his boys were not playing their best basketball.

“We just didn’t play that well, but Lexington has two really good teams.”

The Lex ‘Dawgs jumped out on top and never looked back. Wayne was held in check defensively the entire game.

“The boys played well until the final three minutes. I’m proud of them, but we have to finish,” Trent said.

Down just four points going into the final quarter, 36-32, Konawa singed the nets for 21 points and Wayne managed just 10.

Ethan Mullins, back from an earlier hand injury, led the team with 16 points. Lewelling and Spencer each had 10. Andy Lee added eight.

Last Tuesday, at Maysville, Wayne fell to the Warriors, 68-61.

“The boys played hard and through adversity. I’m proud of them,” Trent said.

“They got down and made a great comeback to take the lead, but just couldn’t finish.”

Knotted at 44-all through three quarters, the Warriors outscored Wayne 24-12 to pull away for the win.

Spencer and Lewelling were the team-high scorers with 21 and 20 respectively. Kaleb Madden was also in double figures with 12 points of his own.

Trent’s Bulldogs (9-13) are set to play ECP Friday night at 8 p.m. in Vanoss. The winner will play the host Saturday night.

“Both Wayne teams are playing decent right now. The boys are getting back to being healthy and the girls just have to continue their consistency. I’m very excited about what they couldn't accomplish this post-season,” Trent said.