Warriors out in semifinals 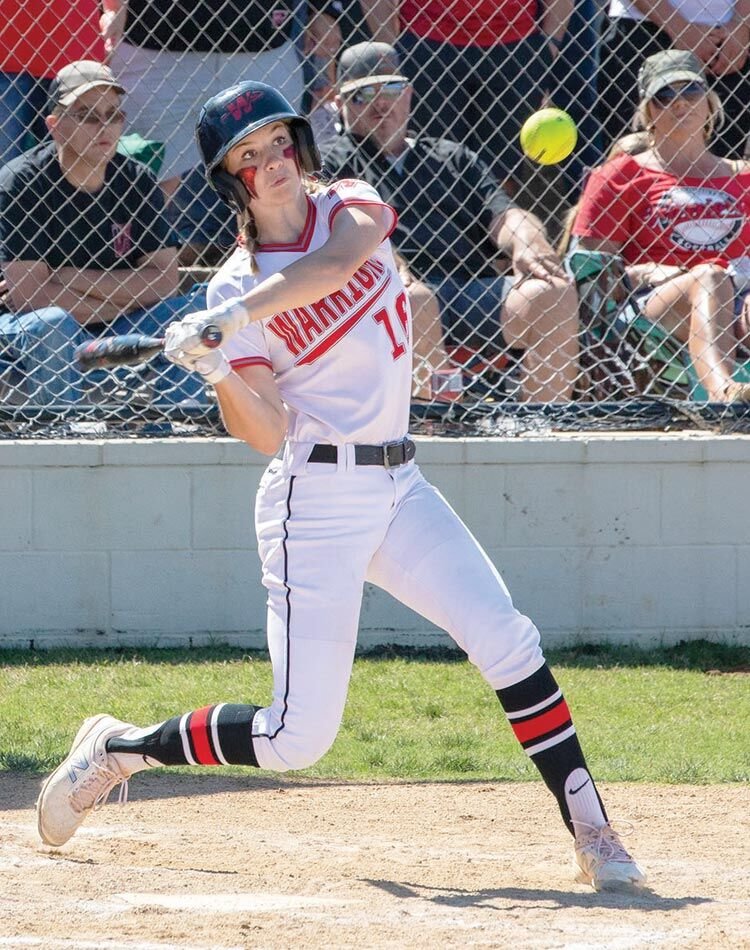 Washington sophomore Tinley Lucas gets a bead on a ball at the State softball tournament last Wednesday. Washington fell to Silo 17-13 in the semifinal game. 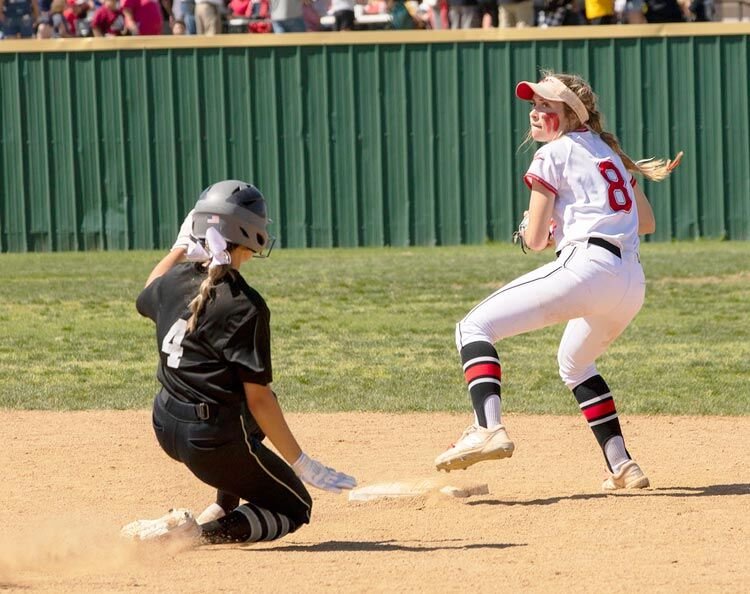 Washington junior Kaydence Andrews steps to fire the ball to first base during the State softball tournament. The Warriors were knocked out in the semifinals by Silo, 17-13.

The Washington Warriors’ slow-pitch softball season ended at FireLake after a 17-13 loss to Silo.

They opened up the State tournament with an 11-6 win against Henryetta.

The Warriors played from behind for much of the game before taking the lead after a five-run sixth inning.

Maggie Place homered in the game.

Washington got off to a slow start at the plate.

They didn’t score in the first inning and only putting up one run in the second, finding themselves down 11-1 after two.

They got their bats going in the third inning and scored four runs, followed by two runs in the fourth.

Washington tied the game at 13 all with a six-run sixth but couldn’t hold the Rebels as they answered with four runs.

The Warriors’ consecutive streak of making the State tournament now stands at 23 years.