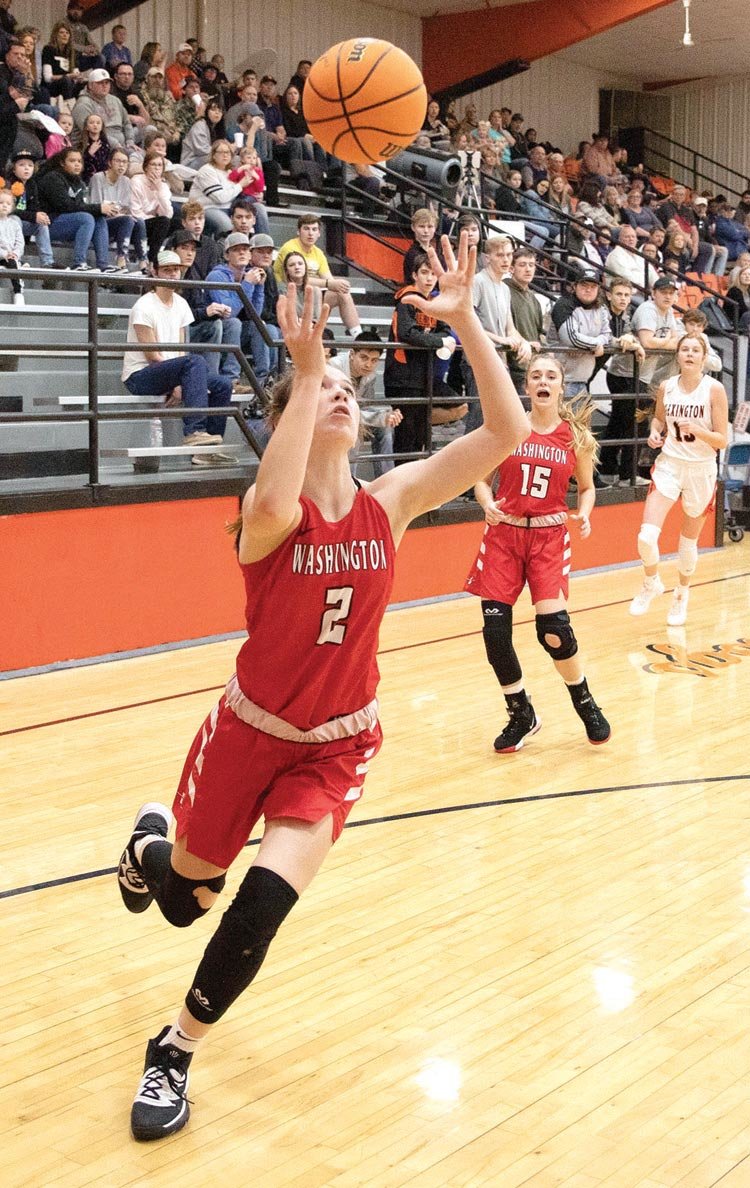 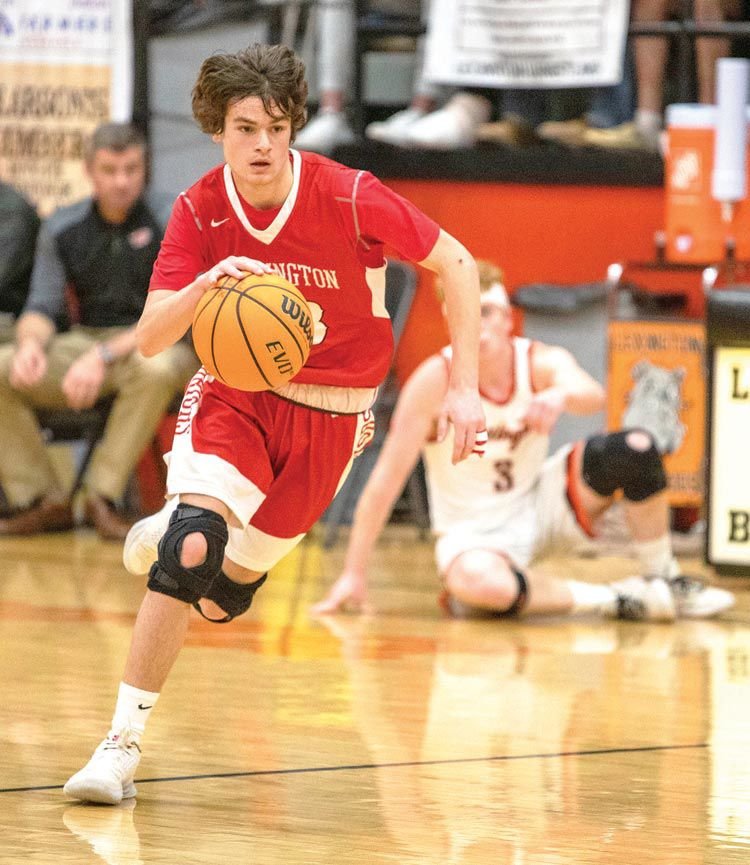 Cash Andrews dribbles down the floor against Lexington. The freshman scored seven points in the game. Washington was defeated 50-42.

The Washington boys are looking to make some noise when the Playoffs open next Friday with Star Spencer in the District tournament.

“Getting Star Spencer in the first round – they’re a tough team,” Washington Head Coach TJ Scholz said. “We think we can make a run in the Playoffs. We’re hoping to surprise some people.”

“We fixed some mistakes and showed improvement to finish out a game,” Scholz said. “We were up 14 points against Pauls Valley and lost. We finished this game. We always want to win  but sometimes it takes a hard lesson.”

Graham Schovanec was also in double figures with 10 points.

Turnovers plagued the Warriors in the game and Pauls Valley’s press forced Washington into some poor shot selections.

“That’s what the press does, they either want to steal it from you or force you into taking a bad shot,” Scholz said. “Eight turnovers in the fourth quarter hurt us. We did a better job against Bridge Creek.”

He was also credited for shutting down the Bobcat’s best offensive threat.

“Their best player had 16 points in the first half but was limited to six in the second,” Scholz said. “We locked him down.”

Washington used the defense to extend their lead in the second half and they outscored their opponent 30-9 in the half.

Washington also only committed one turnover in the fourth quarter of the Bridge Creek game.

The Warriors have been getting solid play from Hendrix, Aden Hyde and Hayden Hicks on the offensive end of the floor, according to Scholz.

The team has improved overall on their defensive rebounding as they head into the Playoffs.

“We hope to peak at the right time,” Scholz said. “We have corrected some mistakes and hopefully guys will be consistent with it and we can make a run. Once the Playoffs come part of it is which team wants to be there. Who is still wanting to play basketball and who is ready for the next sport. And it also comes down to teams who shoot well that night.”