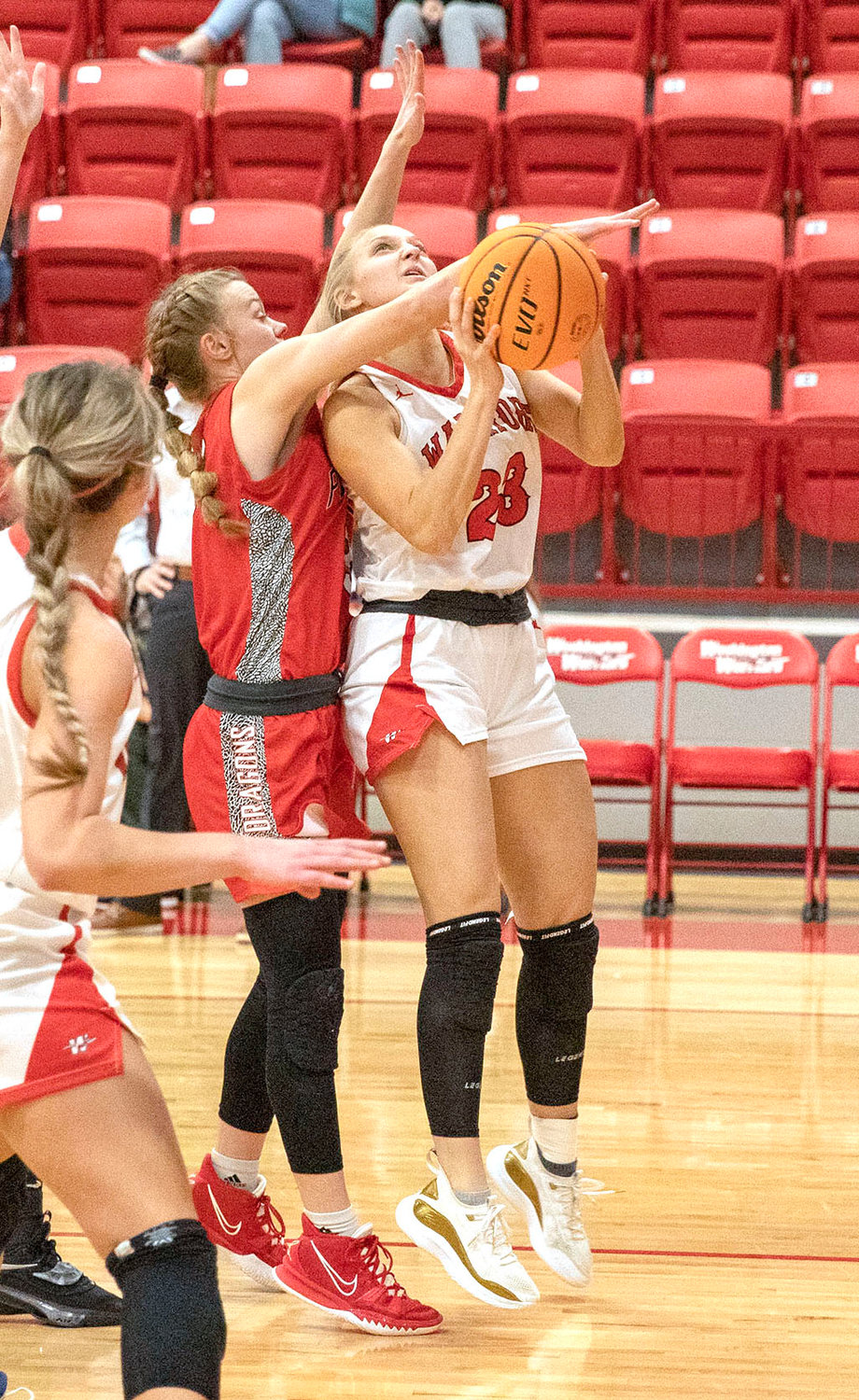 The girls played in the Bobby Hicks Invitational Basketball Tournament at Little Axe and came away with a third place finish.

They defeated 4A Chickasha 35-32 in the opening round.

Breanna Lindert and Rielyn Scheffe led the Warriors in scoring with 10 points apiece.

Washington bounced back in the third place game on Saturday with a 52-40 win over 4A Mount St. Mary.

Richardson blew up with a 27-point outing.

Head coach Rocky Clarke is happy with the progress his team is making.

“We’re playing better, no doubt,” he said. “We’re scoring better, being a little more patient and I’m just really pleased with them.”

Clarke is getting production up and down his bench.

“Lots of girls are scoring and the underclassmen are contributing.”

Washington was the smallest school in the tournament and head coach TJ Scholz knew there would be challenges.

“We wanted to make sure we tested the guys this tournament,” Scholz said. “They responded to the test in a very positive way.”

Washington opened with Class 4A No. 11 Newcastle.

The Racers defeated the Warriors 59-51.

Newcastle made a living at the charity stripe, going 20-24 from the line.

“We turned the ball over against them too much,” Scholz said. “Aside from the Newcastle game, we handled the ball well.”

Luke Hendrix joined him in double figures with 10 points.

“Luke stepped up in the Newcastle game and brought us back,” Scholz said.

Hendrix scored eight points in a row when the Warriors found themselves down 10 points.

“He’s been rebounding really well and is capable of being a 15-points-a-night guy.”

The Warriors bounced back Friday with a 62-51 win over 5A Lawton Eisenhower.

Kobe Scott had himself a game and dropped 25 points.

In the consolation championship game against Piedmont, Hicks again led the Warriors in scoring, putting in 16 points.

Scott scored 15 and Hector Quinonez rounded out the double figures scoring with 10.

“I’m pretty happy with the guys in how they played,” Scholz said.

Junior Hayden Hicks was selected to the All-Tournament Team.

The Washington boys make up their delayed game against Purcell tonight (Thursday).