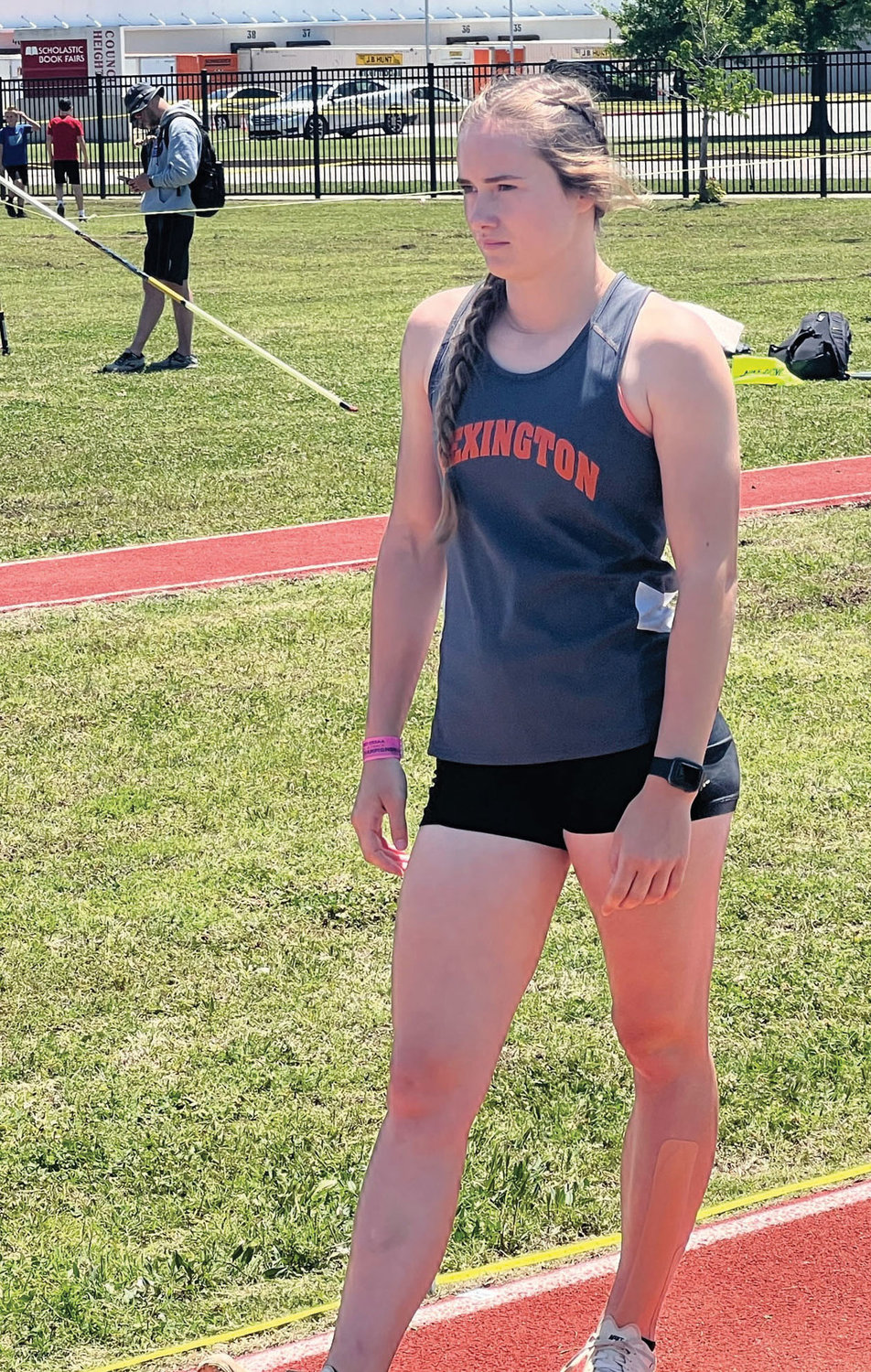 Janelle Winterton preparing for a long jump effort at the State Track Meet. She finished second in the event.
Posted Thursday, May 12, 2022 9:00 am
The Purcell Register

Winterton repeated as the State Champion in the 300 hurdles winning last year in 46.35.

Winterton finished second last weekend in the 100 meters with a time of 12.48.

The Warriors were led by Luke Hendrix who finished second in the 200 in 22.21.

Kobe Scott finished second in the high jump with a 6’2” effort.

That same group finished eighth in the 1600 meter relay.

For the girls, The Warriors finished 14th as a team.

Rielyn Scheffe was the top Warrior with a third place effort in the 300 hurdles in 46.90, which is a new school record.

Ellie Loveless finished ninth in the long jump with a leap of 15’4”.

The 800 relay foursome of Hegeman, Loveless, Madison Myers and Richardson was sixth in 1:48.90.

Also competing for Lexington were Blake Dunaway, who finished finished 12th in th discus with a throw of 118’ 7”.

Meagan Smith competed in her first State Meet as a freshman in the 800 m and finished with a time of 2:38.82.