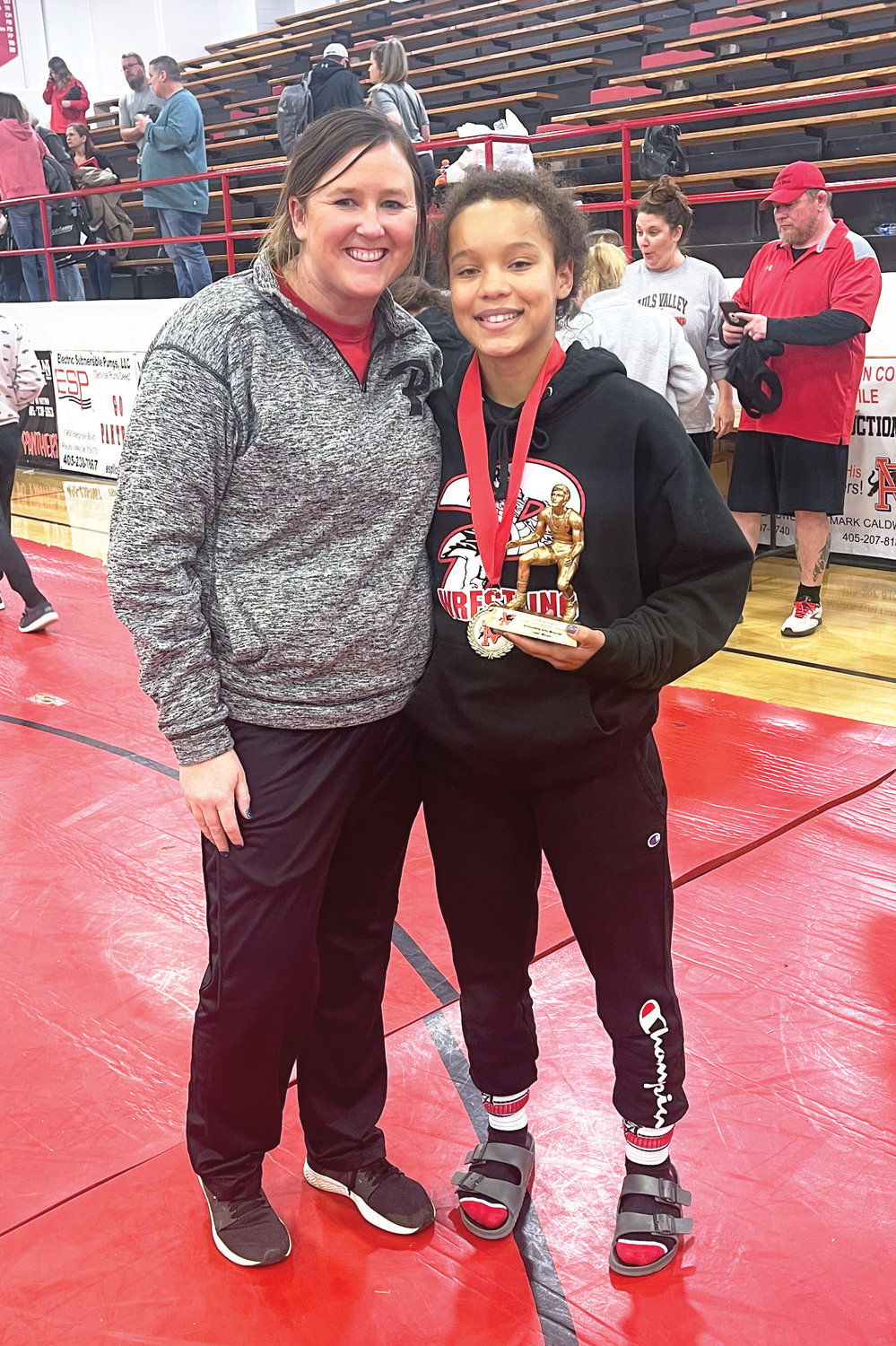 Coty Sessions, who won the 107 pound weight class recently in Pauls Valley’s Invitational Wrestling Tournament, was named the Outstanding Wrestler for the lower weights in the tournament. She is pictured with her coach Sarah Jones.
Posted Thursday, January 20, 2022 9:00 am
The Purcell Register

She dominated her 107 pound weight class and was named the tournament’s Outstanding Wrestler for the lower weights.

She dominated Talli Taylor of Hinton, 13-0, pinned Calli Connolly of Anadarko and pinned Laurel Hill from Cache in the finals.

“She is doing awesome and really making a name for herself,” said Purcell Coach Sarah Jones. “She wrestled at Newcastle against  Newcastle and Tuttle. Her next tournament is in Chickasha on the 28 and 29.”

Since she is a freshman she is also able to participate in Junior High State February 5. She then will be in high school girls Regionals February 14-15.

“Our goal is to be standing on a podium the next week,” Jones said. “She has been working hard and doing extremely well.”