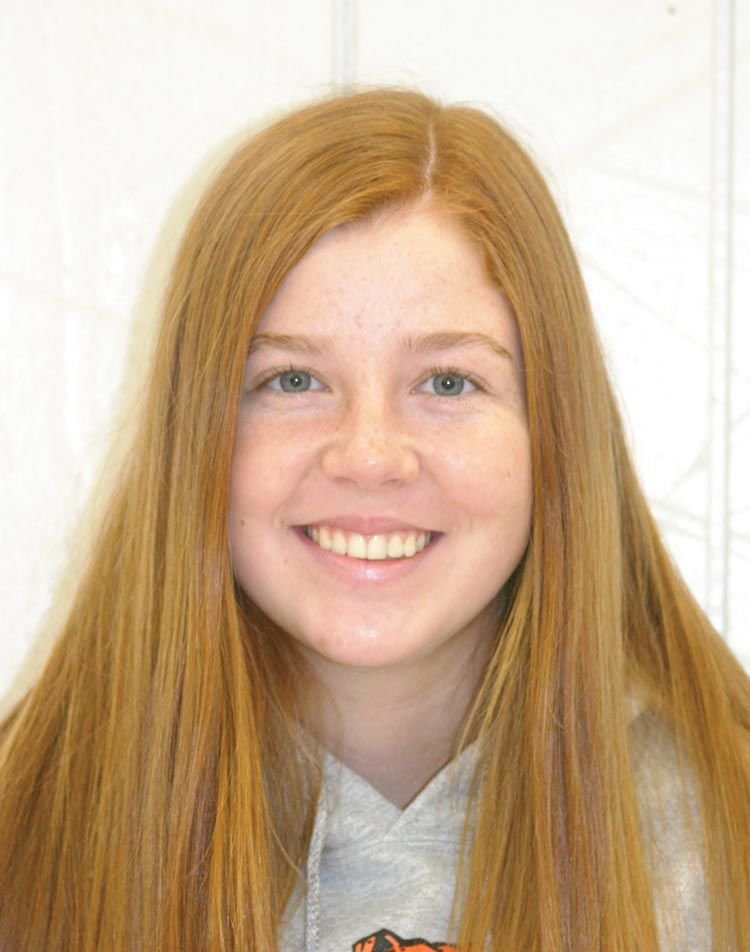 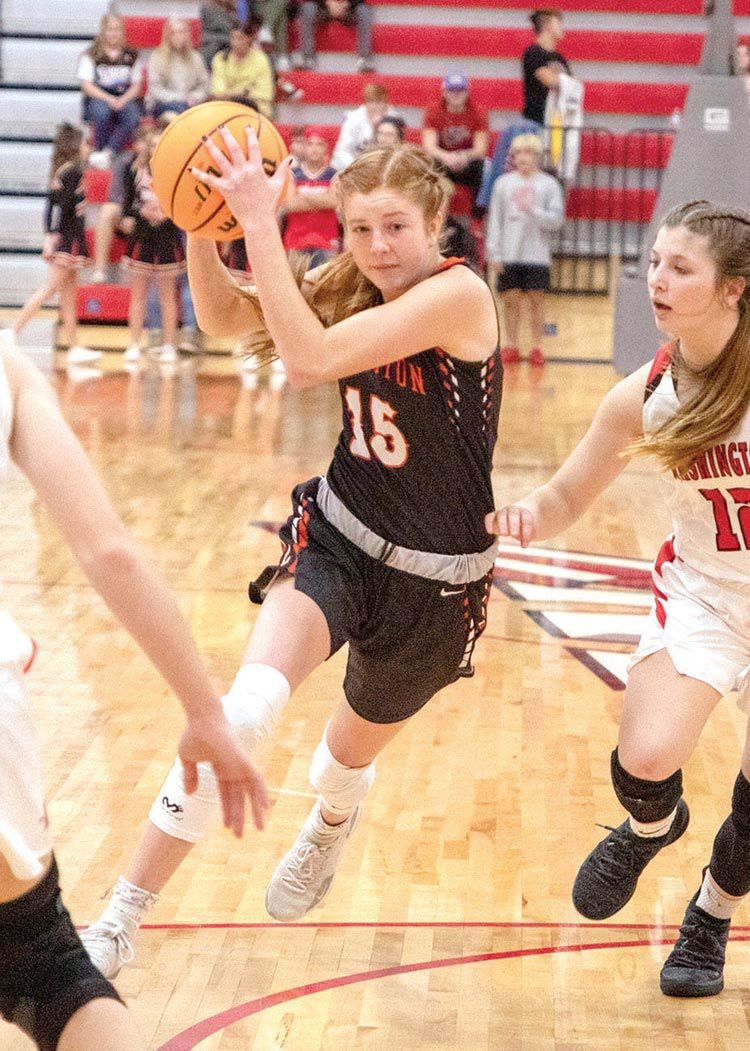 Lauren Beason drives into the paint against Washington this past season. Beason finished her career at Lexington as a member of the 1,000 point club.

Lauren Beason and her graduating Lexington teammates were certainly a trailblazing bunch during their senior year.

Much like the crew of Star Trek’s “Enterprise,” the Lady ‘Dawgs went where no Lexington girls basketball team had gone before.

Beason (a 6-footer) played under head coach Derek Clark her senior year. The Lady ‘Dawgs went 20-6 and went to the Area tournament at Chickasha, where they lost to Hugo, 48-34.

Lexington finished the season ranked No. 15 in Class 3A.

“This year I was just really proud of us as teams both on the basketball court and on the softball field,” Beason said. “Lexington has never had a 20-win season before in basketball and Lexington had never before been as far as the area tournament. We accomplished both of those things on the court.”

Beason played for Lexington head coach Kayla Stewart’s fast-pitch softball team and the Lady ‘Dawgs made the Class 3A state tournament in 2019 for the first time since 2005.

“I think it’s important for our group this year to be considered a special group of athletes,” Beason said. “It’s been really big for our town to see us accomplish what we did. I hope the underclassmen work toward doing what we did and make it even further than us seniors did this year.”

Beason graduated No. 4 in her class with a 4.00 GPA and was a National Honor Society member as well as a student council member.

She has a full-ride scholarship for basketball to Southeastern State University in Durant, where she is thinking of majoring in nursing.

In basketball, she scored 16.1 points per game her senior year and had a career scoring average of 17.4 per contest. She averaged seven rebounds per game, 3.6 steals, two assists, and 3.3 blocks during her entire stint in a Lexington uniform.

“She’s a member of our 1,000-point club,” said Lexington Head Coach Derek Clark. “She was all conference every season and she made six all-tournament teams. Lauren was just an incredible athlete. She’s an even better person.

“She was an outstanding student. Lauren can score with ease and she made it look so simple.”

In softball, Beason helped the Lady ‘Dawgs look like the New York Yankees of old with lots of big bats.

Beason hit .441 in her slow-pitch career and .369 with 35 runs batted in during her fast-pitch career. During her senior season, Beason hit .439 and was named the district’s co-Shortstop of the Year.

She played with a very strong lineup. Amanda Graddy was the district’s Second Baseman of the Year her senior season and hit .307 for her career.

Kaylee Fink went 47-37 with a 3.18 earned run average inside the circle during her career. She had a .276 career batting average in fast-pitch and was the district co-Pitcher of the Year with a 16-5 record and a 2.69 ERA.

Hannah Robbins was the district co-Catcher of the Year her senior season as she made the All-state team with a career .362 batting average along with 88 RBIs.

Emilee Jenks hit a whopping .680 during her career in slow-pitch with 29 home runs and 93 RBIs. She also hit .400 with 10 homers and 73 ribbies during her fast-pitch career as she earned co-district Offensive Player of the Year and third baseman honors.

Anna Sample hit .506 with 26 homers and 115 RBIs in slow pitch and .430 with 11 round trippers and 81 ribbies in fast pitch during her Lexington career. She was district co-Player of the Year and made the All-state team in fast pitch her senior season.

Lindsey Barber hit .332 during her fast-pitch career and was named the district’s First Baseman of the Year.

“I’m just thankful we were all together through all four years of high school,” Beason said. “It’s awesome to know that we did such wonderful things as a group at Lexington. I hope Lexington does even better in the future and I know they will.”

Beason matured physically and mentally from her freshman year until her senior season. That was evident on the court as she would routinely be out on the court several minutes before practice, practicing her shots from all over the floor.

Beason is quick to give credit to all of her coaches throughout her high school career. In addition to head coaches Clark and Stewart, she was helped by assistant coach Ashton Ellis in basketball as well as track coaches Jared Garrett, J.D Beck, and Van Kinchen.

“Coach Clark and Coach Ellis both helped us so much this year,” Beason said. “I am very thankful for them for being a part of my high school basketball career. Coach Stewart was really a great softball coach to play for. And my track coaches were instrumental in helping me, too. I can’t say enough about my coaches. They helped put me on a level that allowed me to be a good athlete.”

Beason is still upset that the Covid-19 pandemic took away the last part of her senior year.

“I’m still upset about Covid-19 cutting our year short,” Beason said. “During my junior year in track, I was the state runner-up in the long jump. The girl who won state was a senior so that meant that I might have been favored for a State championship my senior year this year. The pandemic cutting everything short for us is definitely depressing for everyone. But, it has taught us a lot of things.”

Her favorite part of her senior season was getting to play with her younger sister Rylee Beason, who will be a sophomore this year at Lexington.

“I think my favorite part of my senior year was getting to play with her on the basketball court,” Beason said. “She was just a freshman. It was the most fun memory that I have of my senior season. We would bicker at each other in practice – trying to make each other better. Once we got into the games, it was fun getting to congratulate her on a nice play or her chest-bumping me after I made a shot. Those are memories I will have forever.”