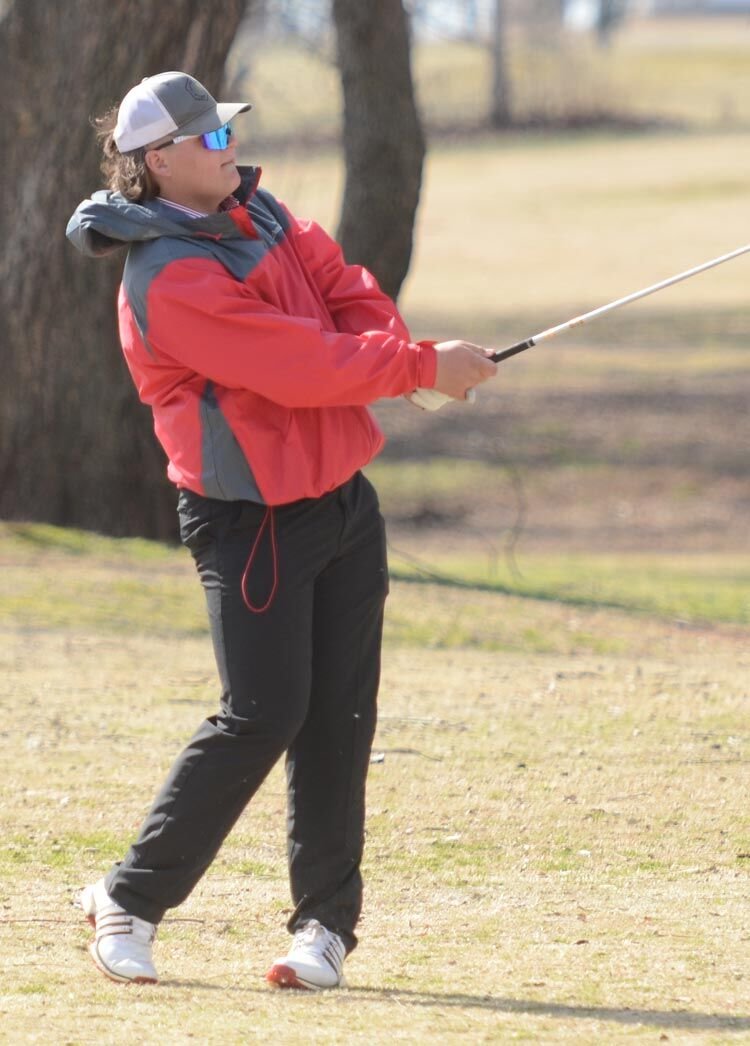 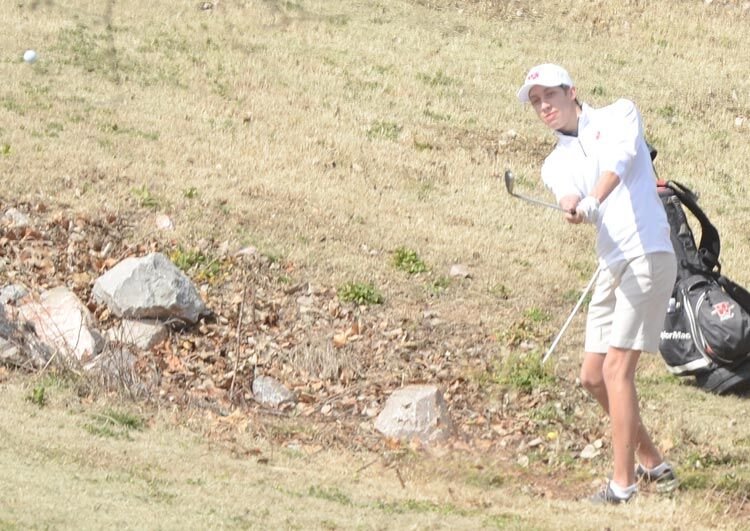 Washington senior Brody Moore plays a shot to the green from a tough lie on hole No. 4 at Brent Bruehl Memorial Golf Course Monday. Moore shot 90 in the tournament.

Jax Brewer finished as the individual runner-up in the Purcell Invitational Golf Tournament Monday firing a 76 to lead the Warriors to a 359 team total.

Washington was fifth in the team race that was won by Lindsay with a 334 team total.

Brody Moore turned in a 90 while Hayden Keeler carded a 96 with Jake Nelson right on his heels with a 97.

Seth Madden finished with a 108 total for the Warriors.

Brody Galyean was the low Dragon, who shot 406 as a team.

Brendan Bacon carded a 101 while both Adam Edelman and Noah Gracey both shot 103.

Austin Burton finished with a 108 total.