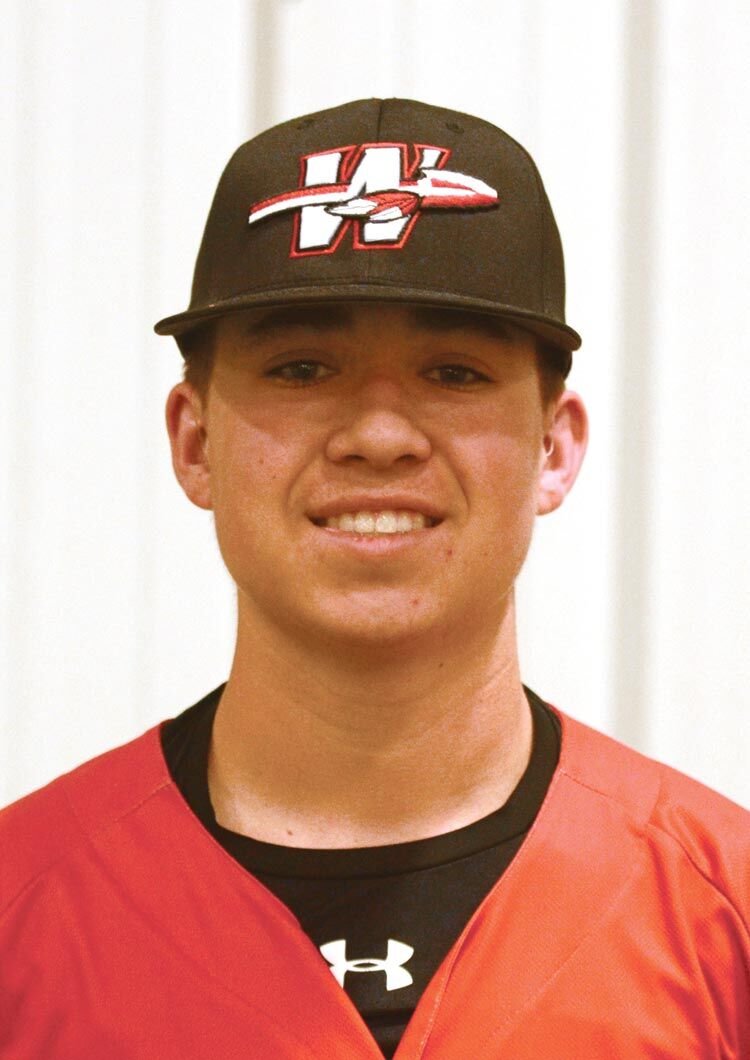 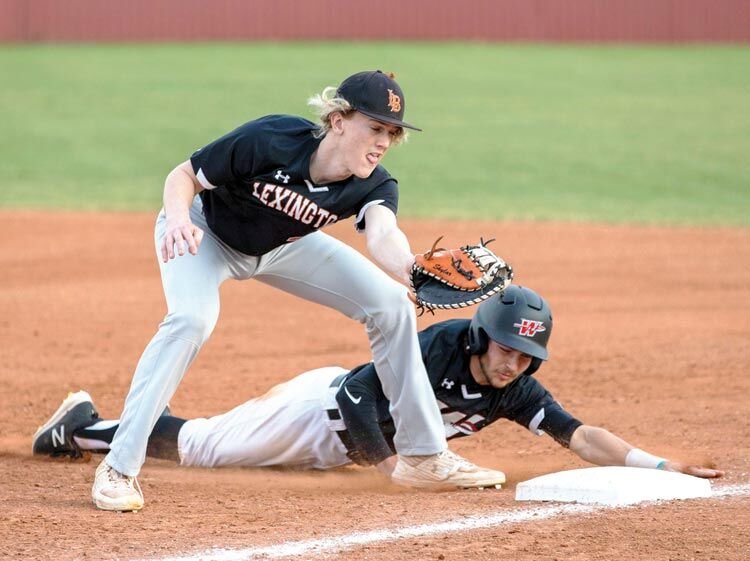 Washington sophomore Kingston Dode slides back into first base while Lexington freshman Skylar Rollins attempts to slap on a tag. Washington defeated the Bulldogs 25-0.

Washington’s Bobby Reese and Jax Brewer combined to toss a one-hit shutout against Lexington last week in a 10-0 run victory.

But the real story of the game was Kane Springer getting one hit and five RBIs in the contest.

He smashed a grand slam in the first inning for four of his RBIs. The other came when he stepped to the plate with the bases juiced and drew a base on balls.

Camden Bates was 3-4 at the plate with a double and scored twice.

Kingston Dode was 2-3 with an RBI and Aden Hyde was a perfect 2-2 with an RBI.

The Warriors tore up the base path with three players stealing at least two bases. Aden Hyde, Kade Norman and Reese Stephens each had two stolen bases while Bates and Dode had one each.

Washington went yard for three solo home runs off the bats of Bobby Reese in the first inning, Pelton and Emittt Wilk both in the fourth frame.

Dax McCaskill went 2-3 including a double and a pair of RBIs.

Colin Pelton got the win for the Warriors on the mound.

The right-hander went three innings, allowing three runs on four hits, striking out four and walking no one. Luke Keltner and Hyde entered the game out of the bullpen and helped to close out the game in relief.

Hegeman, Springer and Keltner all had hits in the game. Hegeman’s and Keltner’s were doubles.

Washington led 4-1 after the first two innings and blew the game wide open with a four-spot in the bottom of the fourth.

After Plainview scored a pair of runs in their half of the sixth Washington returned the favor and matched that number in the bottom of the inning.

The Warriors out-hit the Indians 11-6.

After an ambitious Spring Break of games the Warriors will be home Monday to host OCS. They travel to OCS on Tuesday.