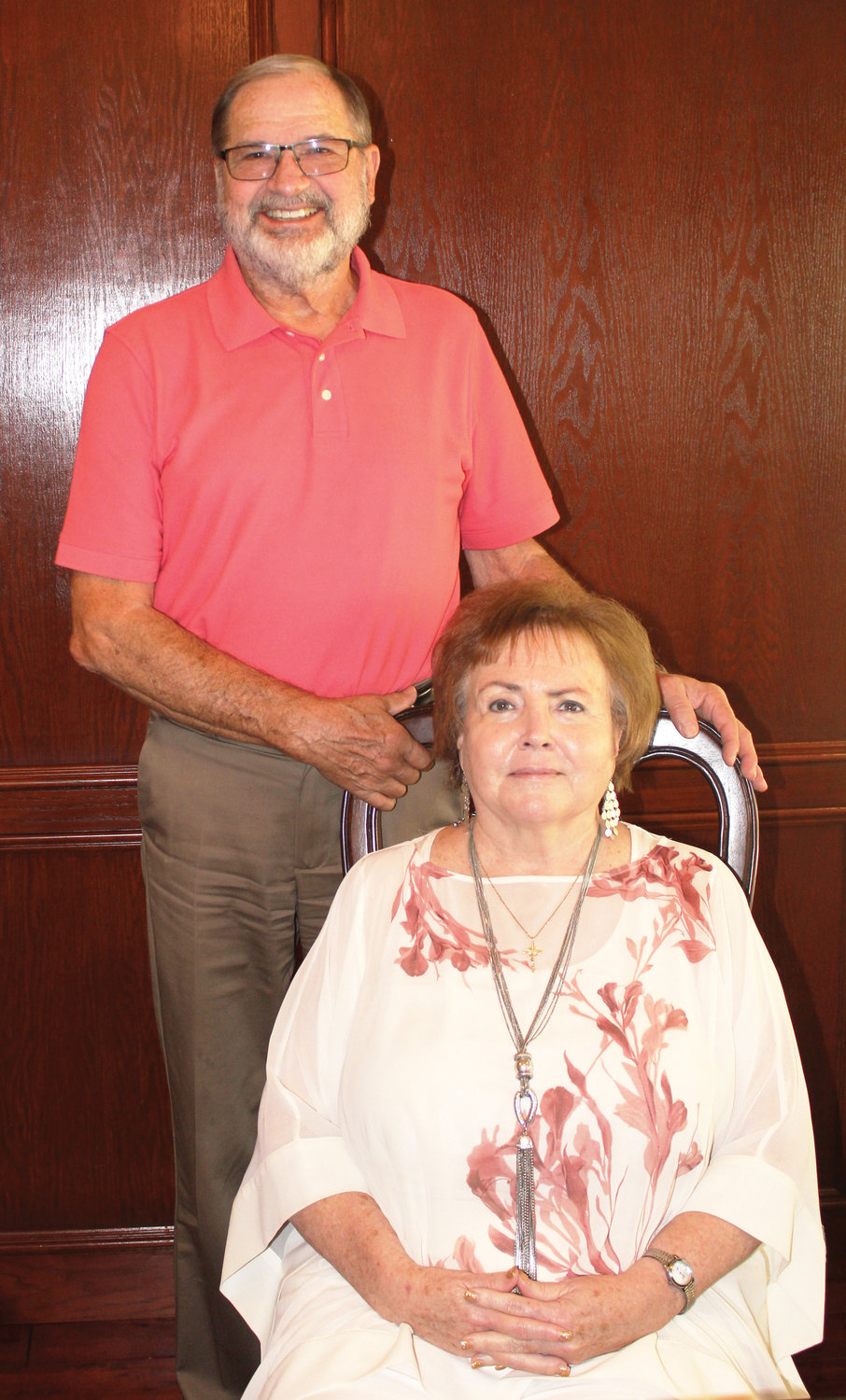 Jeff and JoLynn Pierce know all about taking leaps of faith.

After all, it was one such leap that established them as successful home builders in Oklahoma City by the time they were in their mid-20s.

And it took an even bigger leap when they agreed to temporarily take on leadership roles at the small struggling Lighthouse Worship Center  in Purcell.

As Jeff recalls, he and JoLynn had their lives planned out. Still in their teens, they spent hours talking about their goals before they married.

Jeff decided to pass on his scholarship at Oklahoma State University.

At the age of 19, Jeff became a self-employed bricklayer. With JoLynn’s family background in plumbing and his relatives who were carpenters, forming a construction company was the logical next step.

Flash forward a handful of years and their general contractor company was on track and Jeff belonged to the Oklahoma City Home Builders Association.

“Construction is a very iffy business,” he said, “but we hit it just right.”

Then one day he was at a fellowship event when a director over all the Pentecostal Churches of God approached him with an offer he couldn’t refuse, although he tried.

Director – “There’s a church in Purcell that needs your help. I want you to take it over.”

Director – “Do you teach Sunday School?”

Director – “How many are in the class?”

Director – “There’s only 8 in this church so you can handle it.”

After seeking input from JoLynn, Jeff accepted the call.

And changed their lives forever.

“Little by little, the church grew,” he recalled.

It wasn’t long before the congregation outgrew the original church at South 2nd Avenue and Comanche Street. The search for vacant land on which to build a new church  took nearly a year.

By then, membership had grown to about 100 and  Sunday attendance was averaging 125.

JoLynn  found employment at the University of Oklahoma as editor for the “Geological Survey.”

Along with his preaching, Jeff continued building houses. JoLynn helped by selling the homes.

Then one Sunday, one of the church stewards approached them with a question.

“Are you going to be pastor full time or keep building houses?” he asked.

Jeff had one house in progress. He told the steward, “It’s the last house I’ll build.”

“It’s been a whirlwind ever since,” he added.

As a full time pastor, the church sent Jeff to Southwest University in Oklahoma City where he earned a degree in Biblical studies. The coursework also was heavy on pastoral education.

The Pierces have two sons. The oldest, Jeffrey, serves on the church’s board of stewards. He lives here and is over the Purcell area for ONG.

The youngest, Jason, is the one people figured would become a preacher.

They were wrong because he found a way to help people one-on-one.

He graduated from OU on a Saturday, moved to Grove the following Monday and started working for DHS on Wednesday.

Jason now lives in Miami and works for Connections, which gets people government assistance.

“I get to help someone every day,” he told his parents.

Jeff has now been 36 years in the pulpit, JoLynn at his side.

“It seems like we started a couple years ago,” he said.

He is stepping back and will retire at the end of the year. For now it’s a bittersweet time of transition.

Their home is for sale and the plan is to rent a house or apartment in Oklahoma City, close enough to JoLynn’s parents to care for them.

In the long term, they ideally will find a small acreage and settle on it.

Jeff said COVID hurt the church and was particularly hard on the aging congregation.

Among those taken during the pandemic was Jeff’s mother.

“I talked to the board and told them we need a younger couple to come in and transition us out.”

That young couple is Nathan and Mariah Mullins.

“The Lord sent them,” JoLynn said, adding she’s “been delivered from the keyboard.”

“We call them babies,” Jeff added.

Since Mullins began preaching, the church has accepted about 20 new members.

Jeff said Mullins is presently the interim pastor. The congregation will vote on making him permanent at the end of December.

That’s when Jeff and JoLynn’s status will officially change to member.