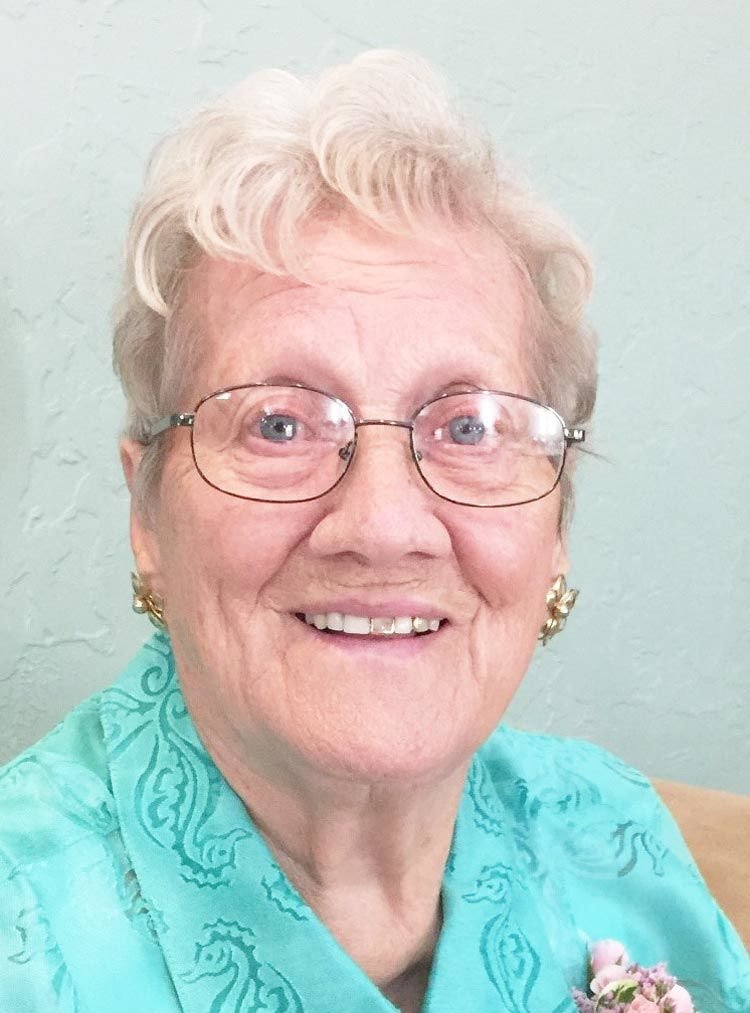 Raised in the Washington community, Dorothy attended school there, graduating with the Warrior Class of 1947. Dorothy married her best friend and life partner, Russell McGee, on October 8, 1949 in Purcell. They made their home in Norman, where together they raised their only son, Jim.

Dorothy’s greatest gift to all was being a homemaker. She cherished her family and was ever so happy to become a grandma to Eric and Tiffany. Dorothy loved people, having company and sharing a cup of coffee. She never met a stranger; she chose to see the good in everyone and her family and friends loved her for this.

She enjoyed crafts, and particularly ceramics. She loved watching the birds and even raised chickens, and she looked forward to collecting her eggs every morning.  She was a woman of great faith, and a longtime member of the Goldsby Baptist Church, and she will be dearly missed!

She was preceded in death by her husband, Russell McGee; her parents, James and Bessie Perry and her brother, James Audrey Perry.

As for Dorothy’s wishes, her immediate family met Wednesday, April 8, 2020 for a Private Service. This service was livestreamed on the Wilson Little Facebook page.  Graveside Services were held at the Washington Cemetery.