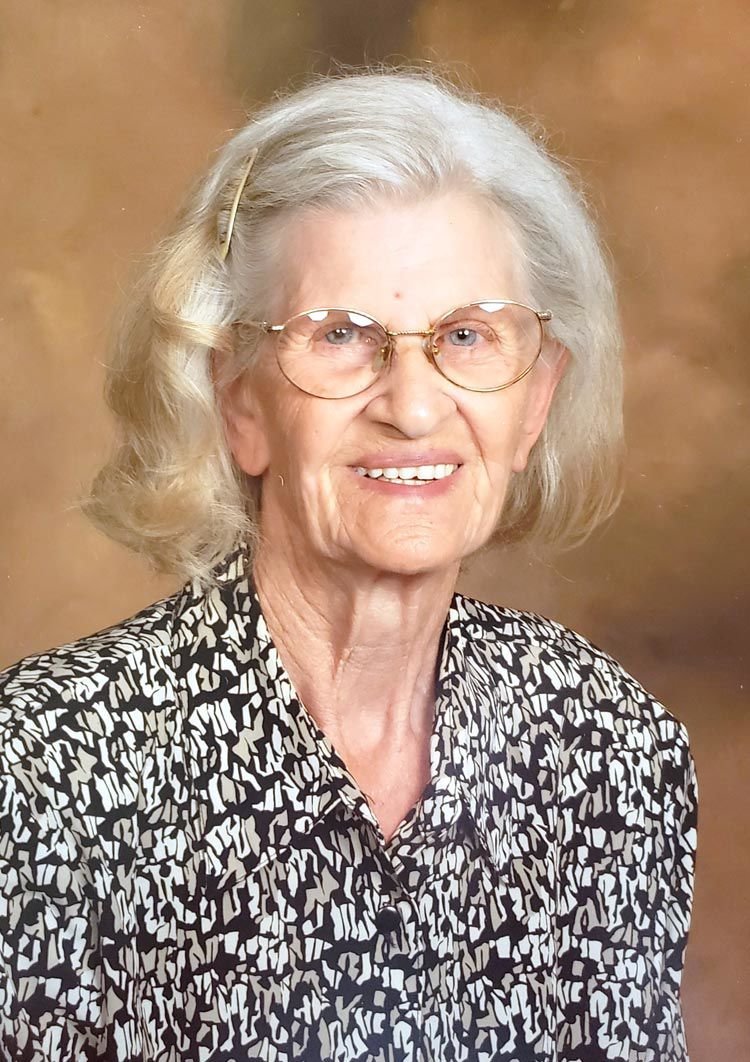 Naomi Sharp, of Purcell, formerly of Wayne, Okla., put on her dancing shoes and wings to leave this world and went to be with God and loved ones who had gone before on Good Friday, April 10, 2020. Naomi was born September 13, 1929 to Cecil Velmar, Sr. and Anna Jane (Fielder) Murray.

After high school graduation in 1948, Naomi worked at the McClain County A.S.C. office. While there, she met and married Hollis Gallup, Jr. on October 20, 1951 and they had a daughter, Karen. After divorcing in 1953, Naomi worked at Purcell Seed and Grain.

Her relationship with God got Naomi through hard times. At age 14, she was saved and baptized at Washington Baptist Church. Naomi was a giving person who always had a smile. She was a very talented seamstress, liked to embroider, crochet, garden and cook, but Naomi’s family was her world and she loved each member. She delighted in visiting her children and playing with her grandchildren and great grandchildren who loved their Nana.

Naomi was preceded in death by her parents; her brothers, Sidney, Melvin and Junior Murray and infant sister, Goldie Marie Murray.

Graveside services at Hopping Cemetery were held Saturday, April 11, 2020 at 11 a.m. with the Rev. Justin Blankenship officiating and Jerrald Masterson reading the eulogy.