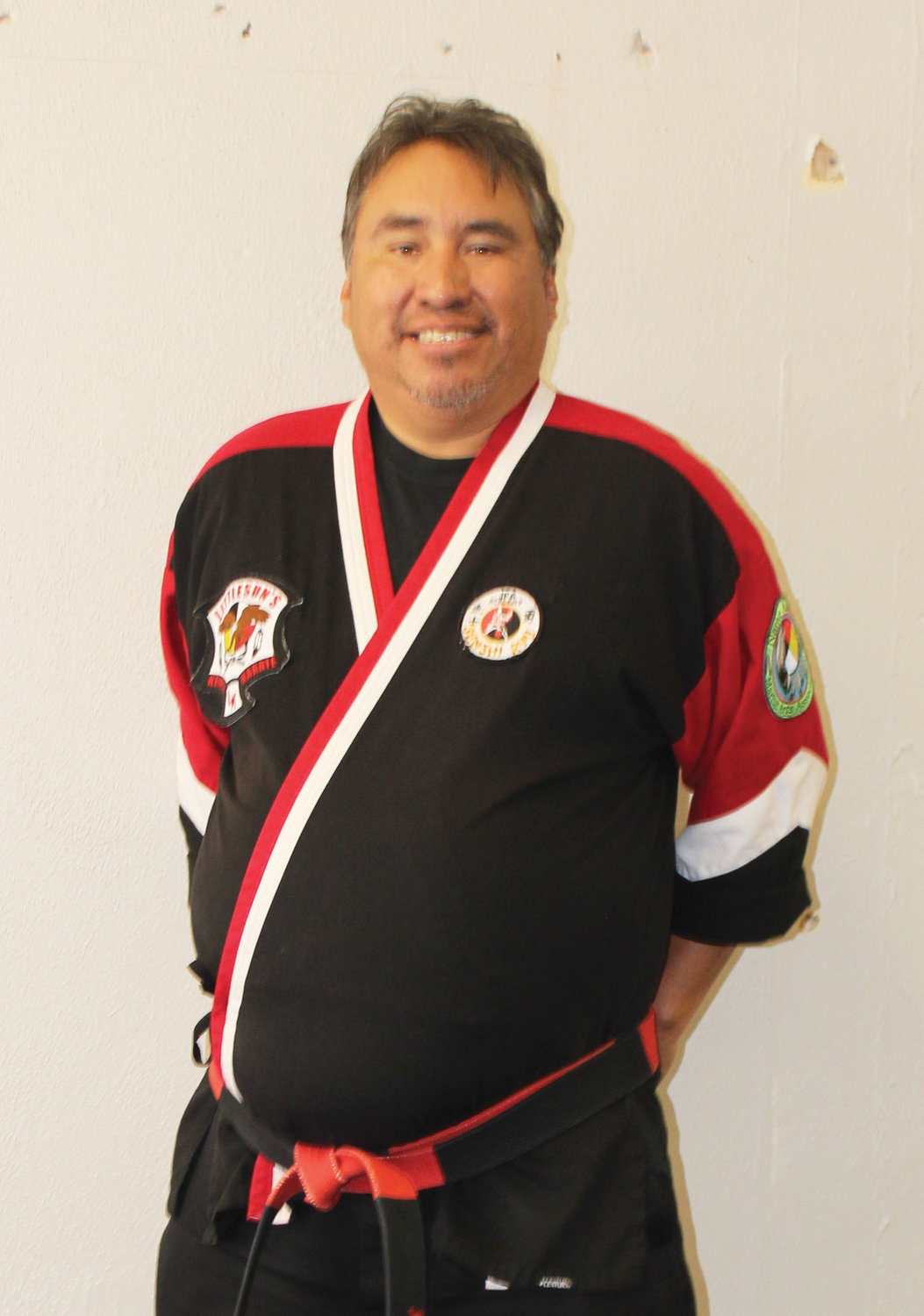 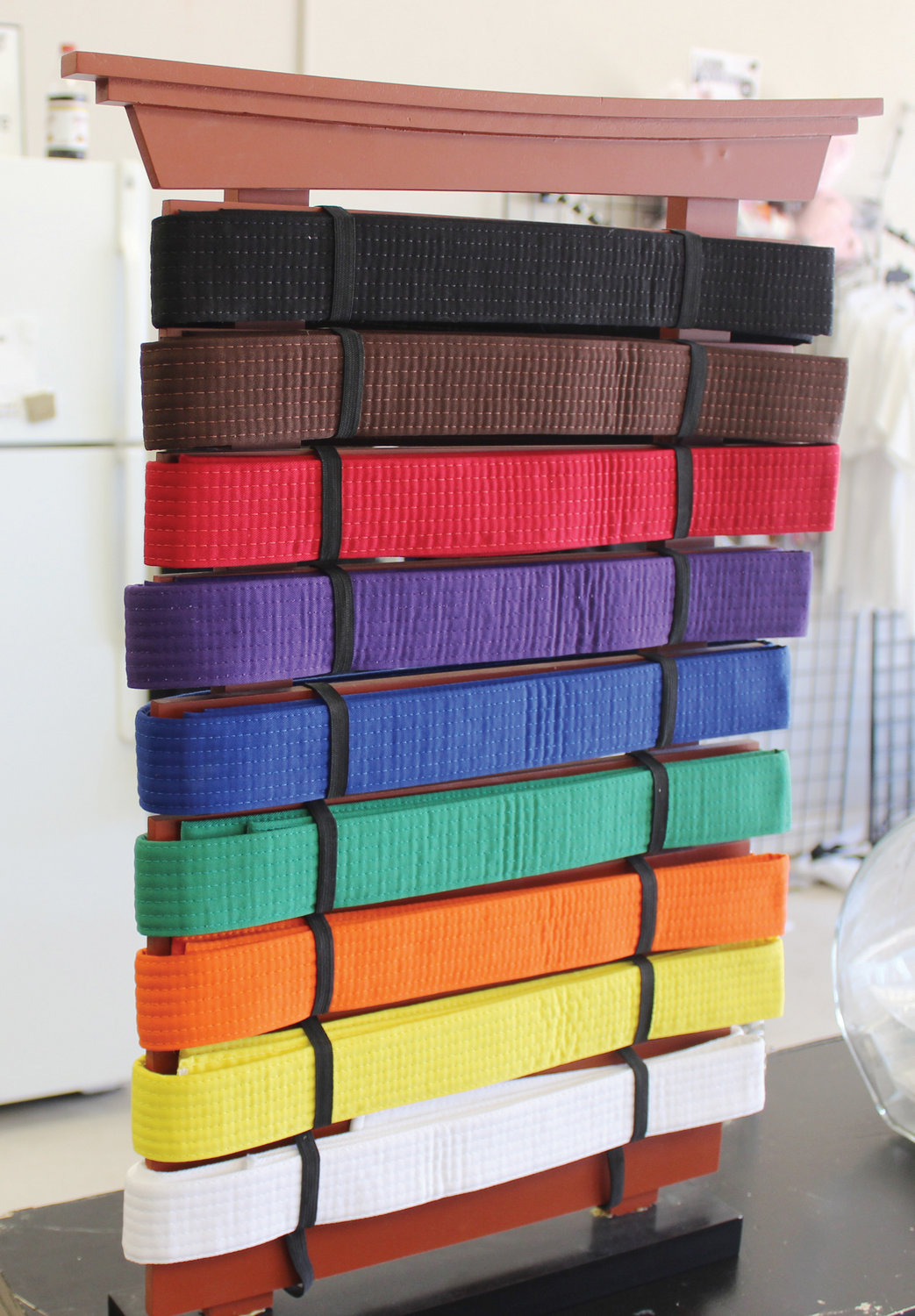 It was a fateful day for Mark Jimboy when a friend who happened to be a black belt introduced him to American karate.

It was the early 1990s and Mark wasn’t exactly unaware of martial arts.

After all, not a Saturday went by that he missed an episode of Kung Fu or enjoyed movies starring the likes of Oklahoma’s own Chuck Norris, the late Bruce Lee, the Karate Kid and Jackie Chan.

Still, he hadn’t an inkling how far those same skills would take him in the next three decades.

And proving you’re never too old to learn, Mark still trains with his two teachers – Allen Littleton in Okarche and David Littleton in Pawnee.

Mark has three martial arts disciplines. Those are Chinese Kenpo, American Kenpo and Tae Kwan Do.

Of the three, Chinese Kenpo is his favorite and he has a ninth degree black belt in Senshi Ryu.

There are 10 degrees to a black belt so Mark is clearly a master.

He works out with two other black belts. He met Jeff Smith from Wayne through the Chickasaws. Smith just tested for his 5th degree black belt.

The other is Elaine Guilloz from Sulphur. She is a third degree black belt and helps with the Little Dragons class.

There are three “beginner” belts. Those are in ascending order, white, yellow and orange.

Next are three intermediate level belts, going from green to blue to purple.

The advanced belts in order are red, brown and black.

Statistically, only three in 10 martial arts students will attain a coveted black belt.

“Usually when someone gets to blue belt, if they don’t have a passion for martial arts, they will try something else,” he said.

In 1994, with the blessing of his teachers, Mark began teaching martial arts in his parents’ garage in Lexington.

From there, he moved the fledgling school to the VFW post in Lexington.

He stayed there for six months and then relocated to a church gym outside Lexington.

Eventually, good friends from the church he was attending talked him across the Canadian River to Purcell where he opened his gym at 414 S. Green Ave.

After five years in that location, JFA Academy became a downtown fixture at 209 W. Main. That was in March 2021.

Children as young as 3 years start in the Tiny Tots class. Four-year-olds are also in Tiny Tots. He presently has about six in the class.

So what can kids that young learn?

Progress for a Little Dragon is marked with stripes added to the belt. Ten stripes are required to move from  white to yellow.

The Little Dragons class meets for 30 minutes once a week on Tuesdays.

At any time, there are seven to 10 Little Dragons.

Classes for kids and adults are an hour.

“The martial arts starts in the kids’ class,” Mark said, “but not until they learn weapon control and breaking techniques.”

“The adults learn it all,” he added. “A lot of families work out together.”

He’s proud of the “family time” goal. Other goals are physical fitness and self-defense.

Indeed, many people take martial arts as a fighting game when it is actually more self- defense.

“You fight with control and skills,” Mark said.

Self-defense is a popular reason to learn martial arts, though Mark said he’s only had to use his abilities “maybe three times in my life.”

The first class is always free and there is open enrollment so students can start anytime.

Tuition for Little Dragons is $40 per month. Kids and adults pay $100 per month. Under a family plan, up to four people can train for $175 a month.

This month, the curriculum expanded with a cardio kickboxing class that meets Wednesdays from 6 to 7 p.m.

If someone doesn’t want a class, Mark offers private lessons. Those lessons are popular, especially right before testing.

Once a month, the academy  is open for Masters Club, a 2-hour self defense clinic taught by the Littletons.

There is also a Leadership Club for green belts or higher who are training to become instructors upon attaining a black belt. That club meets Tuesdays and Thursdays.

Although JFA Academy hosts tournaments, competing is something Mark no longer does. His last tournament was 1998.

JFA Academy will host its 3rd annual tournament on Saturday at the Multi-Purpose Building at Purcell Lake.

Only yellow belts or higher may compete in tournaments.

For more information on classes or the tournament, all Mark at 405-921-0223 or visit JFA Academy on Facebook or at www.JFAAcademy.com.

Students are tested before they earn the next belt and the evaluators also want written statements from school teachers and parents.

Mark has had only one student fail the test and he said that was due to her attitude.

After 60 days probation she tested again and passed.

Success is directly tied to motivation and that is achieved through attention span and “keeping their drive open.”

“To get to the next belt, they have to pass this,” he said.

Mark has two children from his first marriage. His daughter Lauran reached brown belt and his son, Elijah, is a second-degree black belt.

His present wife, Jayne,  has a yellow belt and of his six step-children, one has an orange belt and two have yellow belts.

Jayne is Chickasaw and Mark is Creek and Seminole.

Mark is a member of Creek Chapel Methodist Church in Okemah where his father is pastor.

Before moving into his present job as a security officer at the Chickasaw Nation facility in Purcell, Mark worked at a detention center where he used martial arts on the job.

“I’m not a fighter. I hate fighting,” he said, “but I will if I have to. Martial arts is not a bullying tool. Never throw the first punch.”