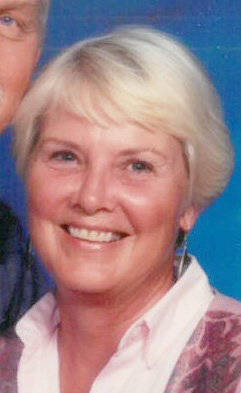 Robbie Nell (Horn) Johannesen was born on January 30, 1931, in a little town in Arkansas and entered heavens gates on January 10th, 2023. She was born to Hubert and Benton (Brown) Horn. She lived in Arkansas and Southeastern Oklahoma all of her childhood, and graduated from Hugo High School in Hugo, Okla., in 1949.

Shortly after she married Billy John (BJ) Ellis. Of this union she gave birth to three children, Johnette, Mike, and Mark, and the couple adopted a child, Marcye. While her children were young, Robbie worked as a dental hygienist and for the McClain County Welfare Office. She attended her children’s’ activities, chaperoned dances, and prepared numerous meals for many kids over the years. Robbie always made the friends of her children welcome in her home.

On August 7, 1977, she married the love of her life, Gordon “Chip” Johannesen, and the two made their home in Florida. Chip worked for the government installing and maintaining  aeronautical radars and the couple moved to different islands in the Caribbean while he worked. They lived in the Bahamas for two years and St. Thomas for a short six months, and then back to Florida where they lived for many years.

While living in Florida, Robbie became associated with many clubs and affiliations, such as the Butterfly House, the Daylily Club, and she took great pride in having her Master Garderners Certificate. In 2004 the couple relocated to Newcastle, Okla.

Robbie had many hobbies that she enjoyed, like water aerobics, traveling, being at the beach, anything to do with flowers and being outside, artwork and craft shows, but her favorite thing was spending time with her family and her animals. Her home was always welcome to her family, sometimes entertaining them for days and weeks at a time. She loved having her grandchildren together and taking them to the beach or to go crabbing. She also taught her grandsons to cross stitch.

Robbie was proceeded in death by her loving husband, Chip Johannesen; her parents, Hubert Horn and Benton Horn; a brother, Bill Horn; a sister, Alice Teague, and all three of her beloved children, Johnette Ellis, Mike Ellis, and Mark Ellis.

She is survived by one sister-in-law, Dee Horn of Hugo, Okla.; her adopted daughter, Marcy Ellis; three grandchildren, Baidyr Ellis of Fort Lauderdale, Florida, Ashton McMahan and husband, Steve, of Mangum, Okla., and Mason Ellis and significant other Samantha of Norman, Okla.; one great-grandchild, Eli McMahan, of Mangum, Okla.; special family member, Ryder of Norman, Okla., as well as a host of close friends, cousins, and other relatives.