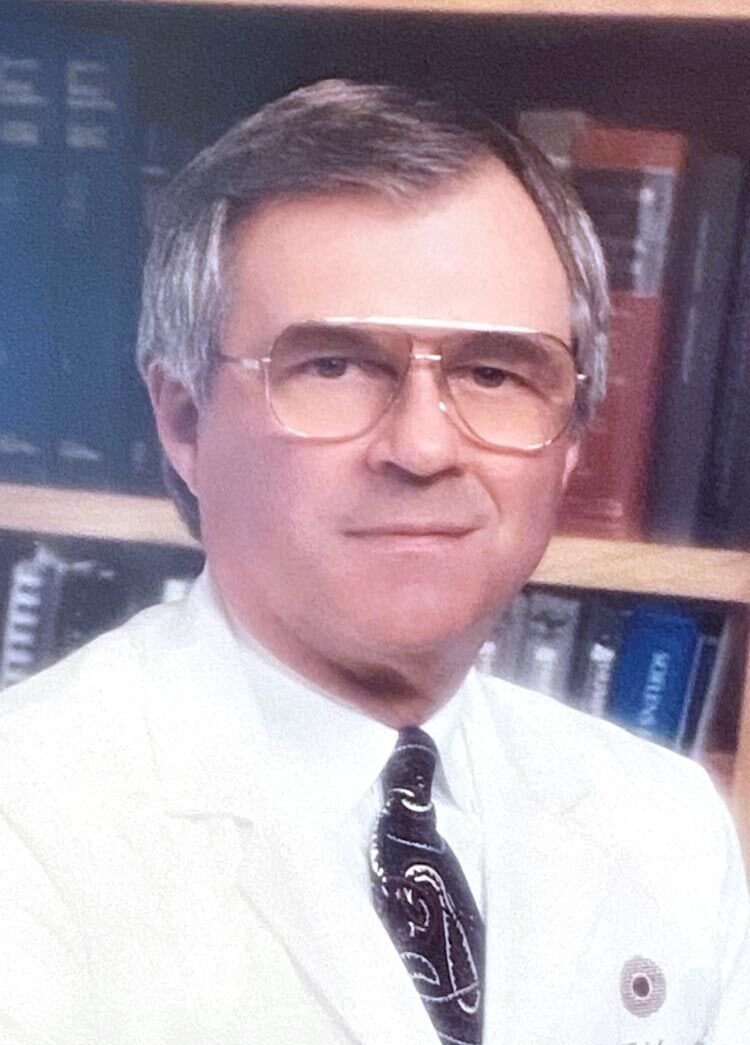 Richard Saint Clair Grisham was born January 13, 1934 in Purcell, Oklahoma, as the first born to Leo and Jewel Grisham.  March 10, 2021, he passed away at age 87 in Mankato, Minnesota.

During his childhood he embraced the concept that knowledge and life is revealed in books. Encyclopedia Britannica allowed him to explore countries while at home. He read every page of each issue of National Geographic and Reader’s Digest as they arrived through subscription. He could access older issues through the organized stacks in the basement.

He ran track in high school and played trumpet in the band which prepared him for his experience with the University of Oklahoma marching band. His extraordinary intellect and critical thinking skills allowed him to excel at the state and national level in debate. Prior to his graduation from Purcell High School in 1951 he was accepted at Yale University. To his dismay he was unable to attend due to distance and cost.

From 1951 to 1954 he attended the University of Oklahoma. It was there that he saw a photo of Mont Saint Michel on the wall above his study desk in his fraternity. This was an additional trigger to explore the world in the future. He liked to listen to Tchaikovsky on his record player as he studied. He was admitted to the University of Oklahoma College of Medicine after just three years which made him the second to youngest in his class.

March 5, 1955 he married Sara Carolyn Smith. He accepted his commission in the  United States Army medical corps as a second lieutenant. He was offered a residency in ophthalmology at Johns Hopkins medical school/Wilmer Eye Institute. He was required to turn the offer down since the Army wanted him to train at their program in San Antonio, Texas.

He saw the birth of his son, Jeffrey, and his daughter, Kathy, while in his medical training. He graduated from the University of Oklahoma medical school in 1958. His residency training was completed at Brooke Army Medical Center in 1962.

He rose to the rank of major in the Army during his assignment in Germany from 1962 to 1965. It was a unique season which allowed him to travel to every European country (except communist Russia, Czechoslovakia and Romania). He acquired a love for photography and started to golf and snow ski which all became life-long passions.

In 1965 he was transferred to Fitzsimmons medical center in Aurora, Colorado, where he was chief of ophthalmology.  He applied for a retina program and was accepted. His desire was to establish a retina program for the U.S. Armed Services. When his general told him he would not be allowed to pursue his goal he decided to leave the army and establish his private practice.

During September 1966 he moved to Bartlesville, Oklahoma, establishing his office on the 10th floor of the Price Tower. From 1975 to 1986 his practice was in the Jane Phillips medical building. He served as chief of staff of the local hospital. He began Grisham Eye Associates in 1986. Grisham Eye Surgery Center was built in 1992.

His ophthalmology practice was characterized by innovation and the pursuit of excellence. He took pride in developing “big city” offerings with a small city touch.

He retired from ophthalmic surgery in 1999, but continued to see patients until December of 2017. He served on the Bartlesville Symphony board and chaired the building committee for Grace Community Church (Bartlesville) upon the construction of their worship facility.

After the death of his wife he married J. Heather Langlinais in 1999. She was a delight to him during their almost twenty-two years together. They enjoyed extensive travel opportunities. In 2018 they moved to Mankato, Minnesota, to allow greater proximity to her family.

His life was characterized by an optimistic and positive spirit which allowed him to push into the future and accomplish much in spite of the vicissitudes of life. He was diligent, hard-working and resilient. He could be quite persuasive. He was highly intuitive when it came to perceiving national trends in medicine and science. With great aplomb he navigated life’s channels.

We will greatly miss his enormous capacity to spontaneously utilize metaphor in conveying important principles. “We don’t know how many pages are in our book… all we know is that we are on today’s page.”  As it relates to hardship… “Stay on the horse!” Or, as it relates to aging… “Life is like driving a racecar… the further you go down the road, the more narrow it becomes… with increasing curves and no shoulder.” Toward the last months of his life he stated “I am ready.  I know I’m getting ready to change zip codes!”

Richard grew increasingly in his spiritual journey. His last years were characterized by a vibrant faith in Christ, love for and dependence on God’s Word, and a heart for individual worship of his Savior. He clearly articulated his belief in the resurrection of Christ and the expectation of his own eternal life based on God’s grace toward him and not his own merit.

He is preceded in death by his father, Leo Grisham; his mother, Jewel Grisham; his wife, Sara Carolyn Grisham, and his sister, Kathleen Grisham.

There will be a memorial service to honor and celebrate Richard Grisham at Grace Community Church in Bartlesville, Okla.,  Friday, July 9, 2021. His wish was to have this service in the summer so that more people have a chance to be covid vaccinated before gathering.

Those desiring to honor his life may do so through Samaritan’s Purse (Operation Christmas Child) or locally through Grace Community Church (Bartlesville) building fund for new child/youth center.