No curriculum, no textbook, no problem for Zoe Swift 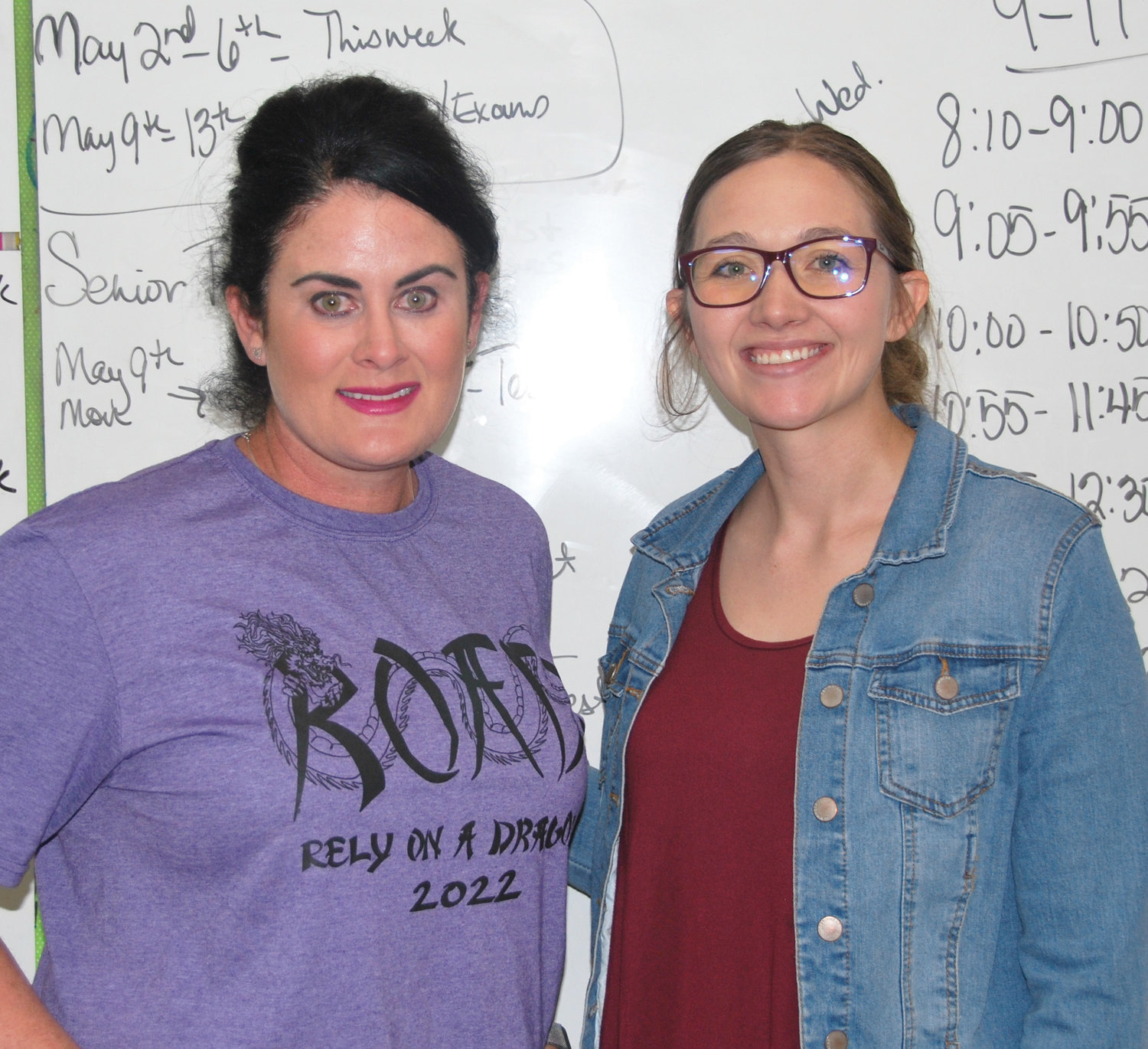 Mindy Wells (left) and Zoe Swift have teamed up to teach an “adulting” real-life skills class this year. The elective class is so popular they are expanding it to two sections next year.
John D. Montgomery
Posted Thursday, May 12, 2022 9:00 am
John D. Montgomery

Automobiles that can go from zero to 60 in a quarter of a mile are highly touted and sought after.

Purcell High School’s Zoe Swift and her teacher buddy Mindy Wells have done just that, only in the classroom.

With no curriculum and no textbook they started an “adulting” class last August.

The real-life skills class has been so successful they plan on having not one but two sections of it starting next fall.

They are not alone at PHS in teaching students about real life situations, however.

Stefanie Renfro does it in consumer science and Krista Matthews promotes leadership in interviews and service projects.

Ray Samford does it in both his horticulture class and his robotics class.

She said Lynn Bayless does it in math, finance and accounting classes.

“And, I’d put Ag teacher Erica Keen in there as well,” Swift reports, “because they teach such a different set of skills.

“And then there is the adulting class taught by myself and Mindy Wells,” Swift reported. “It’s the first year I’ve ever taught an elective.”

“Why don’t we ever learn real-life stuff?”

Swift said she ran the idea by principal Jason Sanders and he was all in.

“I brainstormed over the summer and asked what I would want my kids to know when they got out of high school,” the 2011 PHS graduate said.

Swift said she read a paper on the subject and has a book she sometimes refers to.

Her guest speakers have taught students things like how to change a flat tire and how to open a bank account.

Guest speakers have been Jason Bean, who spoke about credit scores and how to open an account.

“That’s basically how we started the class,” Swift said.

“She told the class how she, as a mother of two, does her job and also takes care of her family,” Swift related.

Kyle Hare from Edward Jones spoke about investing and Purcell Firefighter Kraig Edelman has spoken to her class twice teaching CPR one time and car maintenance another time.

Sgt. Tanner Schomasky spoke about under the hood on things like changing wiper blades, checking the oil and lights in your vehicle.

Swift reported PHS is very comparable with other high schools on how many of our graduates graduate from college in four to six years.

“It’s about 25 percent,” she said. “We focus on college readiness but decided to offer a class that prepares them for life, especially those who graduate and go right into the work-force.

With Swift the idea has struck a nerve.

“The response we have received makes us sure we need to continue,” she said.

When the class first began the students attempted to define what an adult is.

“They came up with ‘one who stays helpful, is emotionally mature and is considerate of their purpose’,” she said.

The class has 20 students in it.

“When we started there were about 45 students who inquired about it. Now it is many, many,” Swift said.

The teacher said with the pace of life these days for both students and their parents, there aren’t as many chances for everyone to frequently gather around the dinner table.

This life-skill teaching class offers another way for students to learn about what’s out there waiting for them.

“We teach them what Millenials need to know,” Swift said.

“The most fulfilling has been my students’ ability to talk to one another. It’s very important to me to encourage open-minded thinking.

“It’s not perfect but by putting to use what we’ve done in class has helped one student start thinking about his future and not just a semester ahead. He’s thinking about what his life is going to be like.”

Sounds like from starting at zero in August, the teachers have their class running at 60 m.p.h. as the school year comes to a close.