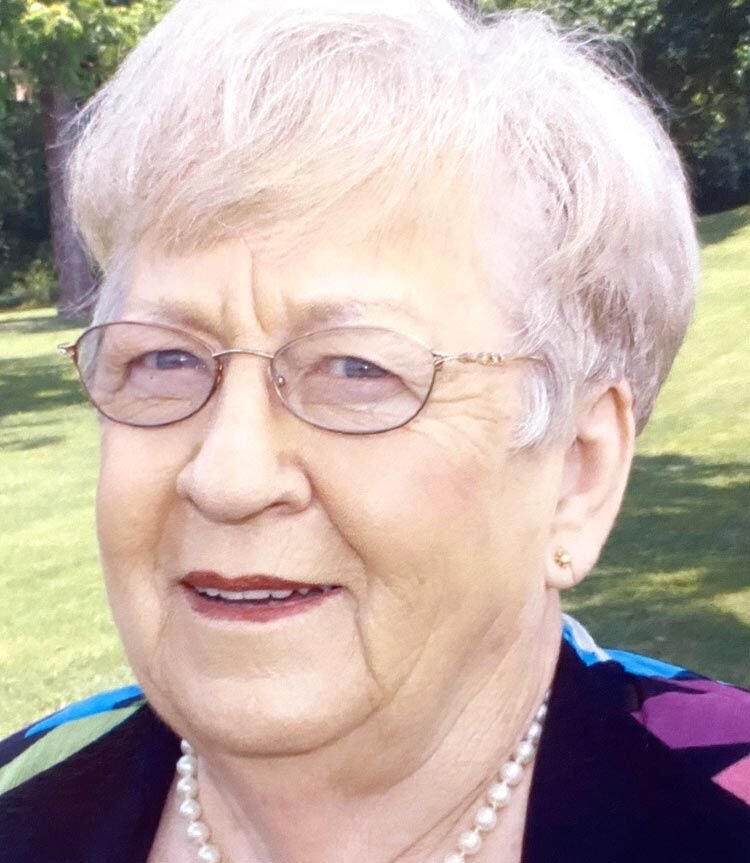 Funeral services for Myra Schilling, 84, of Washington was held Wednesday, December 16, 2020 at Landmark Church in Purcell. Interment was at the Washington Cemetery under the direction of the Wilson-Little Funeral Home in Purcell.

Myra Jo Rhodes was born August 19, 1936 in Apache, Okla., the fourth of nine children born to Walter and Calla Mae Rhodes. The daughter of a traveling preacher, Myra’s family moved a bit in her early years.  The family lived mostly in Oklahoma and Kansas.

Myra married Theodore Lafayette Flippin on June 19, 1955 in Wichita, Kan. To this union, four children, sons, TJ and Carl, and daughters, Cindy and Cheryl, were born. Myra worked tirelessly caring and providing for her young family.

When the kids were grown, she returned to school where she earned an Associates Degree in Nursing. Myra spent the next 30+ years, caring and providing for her patients, and her gentle nature served her well in her nursing career.

Myra settled in Washington a little more than 15 years ago to be closer to her daughters. She was a gifted artist, and particularly enjoyed painting and quilting, and she shared her many talents with her family and friends. She loved tending to her gardens and watching her flowers mature.

Once a week, she would gather with her family to play cards, and she enthusiastically looked forward to beating her brother-in-law, Tommy Elliott. She was a devoted mother and grandmother, sister, aunt and friend. She will be dearly missed!

Myra is survived by her daughters, Cindy Flippin and Cheryl Hardcastle, both of Norman; sister, Leslee Rhodes of Purcell; brothers, Walter Rhodes Jr. and wife, Phyllis, of Norman, John Rhodes of Dallas and Ed Rhodes and wife, Margie, of Tulsa; sister-in-law, Gloria Rhodes of Copperas Cove, Texas; brothers-in-law, Tommy Elliott of Washington and Henry Andrews of Kingfisher; three grandchildren, Gennifer Redecker, Michael Hardcastle and Jason Flippin; eight great-grandchildren; several nieces and nephews and a host of other family and friends.