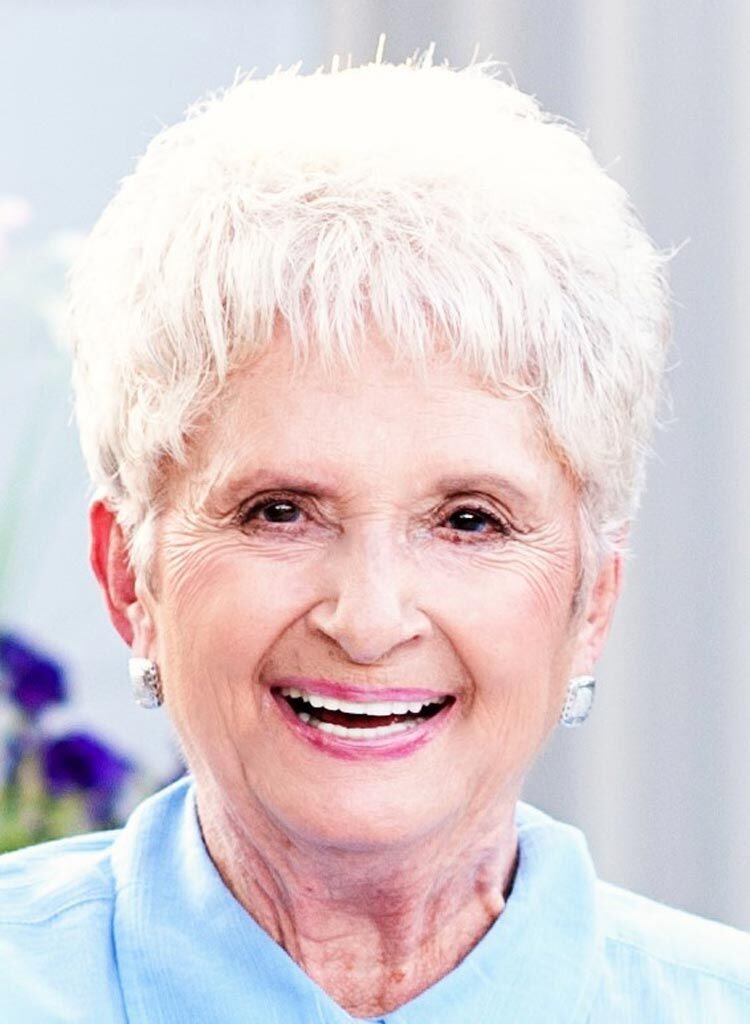 A celebration of the life of Laquawana Sherry (McClure) Marcum, 88, of Goldsby was held Monday, September 21, 2020 at the IOOF Cemetery, 1913 N. Porter Ave., in Norman. Services were under the direction of the Wilson-Little Funeral Home in Purcell.

An only daughter of Clay Taylor McClure and Joseph McClure; she was lovingly referred to as “Lake of Laughing Water.” Laquawana lived in Norman, Oklahoma, where she attended Norman Public Schools. She was the only Chickasaw Indian student in her grade and very proud of her heritage.

A mutual friend introduced Laquawana and Leroy during her sophomore year at NHS; they married on August 31, 1949. When they married, Leroy was in the farming and dairy business. After their crop was lost to the severe 1956 hailstorm, the now country girl was moving back to the “big city” of Norman to pursue their lifetime quest –  an independent distributor for the Borden Milk Co. for 20 years. They have been involved in other business ventures, including several rental properties.

Laquawana was an avid reader of the Norman Transcript, the Oklahoman, The Purcell Register, the Chickasaw Times and the Fairfax Chief. If you made the paper, regardless of which section, she knew it! She belonged to various organizations in Norman and was an active member of the Westside Church of Christ.

It is an understatement to say that Laquawana was a descendant of a long line of very strong women – her special relation and devotion with her maternal grandmother, Myrtle Taylor Brown, helped her become a loving, caring, devoted wife and mother. Her mother, Clay Taylor McClure, gave her strength and vision of what life should be; her adopted mother, Josephine Labadie McClure, kept the Chickasaw/Osage Heritage alive that brought bravery, courage, determination and tenacity. All these teachings helped for a successful life, not only with a blessed business career but being married for 71 years.

As a Chickasaw matriarch, she stood firm with the core tribal values passed from generation to generation. She was a guardian of tradition – the foundation of the family and a testament to the surviving spirit of the Chickasaw Nation. Laquawana continued that legacy, and when combined with her keen sense, value system, with its sometimes painful honesty, and absolute family loyalty, she served as an incredible matriarch. These traits have been passed along the way to her two daughters, two granddaughters and two great-granddaughters.

The Marcum family would like to give a special thank you to Dr. Sean Bridwell with the Chickasaw Nation Medical Center and the team members of the Good Shepherd in Norman: Dr. Jonathan Bryan, Nola Horler, Shannon Hubbard, Shara Batton, Sierra Dixon, Michelle Standifer, Elizabeth Trenary, Darla Pinkston, Susan Seal, April Yankie, Joy Trolinger, and Randy Zumwalt, and her caregivers, Norma Smith and Haley Drake for the kindness and care they provided.

Laquawana is survived by her husband Leroy Marcum; two daughters, two granddaughters and two great-granddaughters: From Goldsby, Okla., daughter Melody Marcum and her daughter, Marca and Kevin Bozeman, and their daughters, Avery and Tatum; From Norman, Okla., daughter, Joi Marcum and husband, Phillip McMillian, and their daughter, J Pasque and husband, Kurt. She is also survived by Julie Parks and Chris Watson of Ft. Worth, Texas; Robert Hamilton of Lake Toxaway, N.C.; Bill Marcum of Washington, Okla.; Billy Owen of Washington, Okla.; many nieces, nephews, and a host of friends.

In lieu of flowers, contributions can be made to the Westside Church of Christ Ladies’ Bible Class, 726 McGee Dr., Norman, OK 73069.