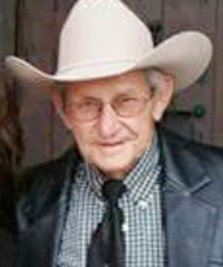 Graveside funeral services for Doyle Williams, 89, will be held at 1 p.m. Friday, January 20, 2023 at Hillside Cemetery in Purcell. Services will be under the direction of the Wilson-Little Funeral Home in Purcell.

Mr. Williams was a one-of-a-kind cowboy to the core. Doyle (Pa known to many) went to be with the Lord Wednesday evening January 4, 2023 in Keller, Texas.

Doyle Houston Williams was born August 16, 1933 in Washington, Oklahoma, to Ed and Minnie Williams. His family moved to Casa Grande, Arizona, when he was 18.

In 1952 he married the love of his life and the mother to his five children, Mildred Kendall. Always a cowboy he owned and operated All Western Stables in Phoenix, Arizona. They left the stables in 1968 and moved across the street to the trading post built by grandpa Bill Lunsford. It is now a historical monument known as Scorpion Gulch. There he and Mildred had boys who adopted them as second parents.

Doyle was a Phoenix Jaycee Commanchero and served as president twice. They worked with boys children’s homes and countless charities. Then on to Laveen, Arizona, where he had Skyline Ranch, where more boys adopted them. Many young men rode their first bull there.

In 1977 the entire family moved to Wanette, Oklahoma, where he worked for Jacobsons, which lead him to Purcell where he owned and operated W3 construction for many years. He retired and rode a lot of trails with John Wayne from his recliner.

Doyle’s wish was to be buried by his wife Mildred at Hillside Cemetery.