From five schools in the Heart of Oklahoma 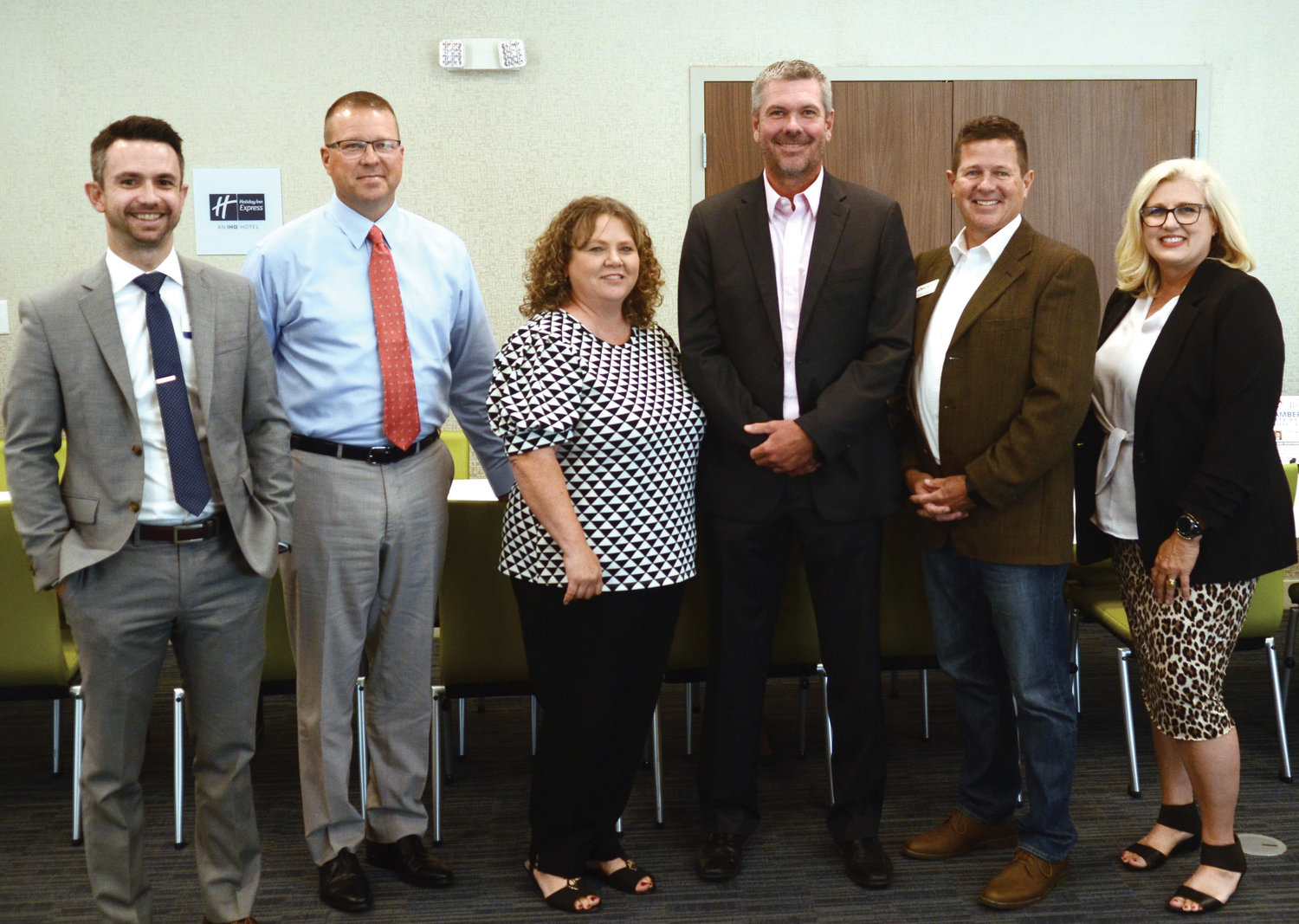 The five Heart of Oklahoma school superintendents were the featured speakers at last Friday’s chamber of commerce luncheon at the Holiday Inn Express.

Wayne Superintendent Toby Ringwald led off the speaking telling just over 30 attendees the one positive aspect of the COVID situation is the added federal dollars.

Ringwald said the school has been able to do a $200,000 remodeling of the cafeteria, got new keyless entry doors on two buildings and were able to put on a new roof to the tune of $800,000.

Purcell Superintendent Sheli McAdoo said her district is trying to keep normalcy for the students in the school including activities.

She told the gathering the Purcell School District is one to one with respect to students and devices and that they recently added 900 Chromebooks. Teaches all have lap tops, as well.

The biggest news came from Washington and the Mid-America Technology Center.

Washington Superintendent Chris Reynolds announced the district will be attempting to pass a $24.5 bond in a special election October 12.

Goldsby Mayor Glenn Berglan told The Purcell Register some 1,800 new homes will be constructed over the next few years in Goldsby.

That’s why Reynolds wants to expand the current campus.

“We expect our school to double in enrollment in the next 10 years and we are completely full right now,” Reynolds said.

The district, that enrolled 170 new students this summer, will be adding classrooms and remodeling current facilities.

Reynolds said also in the plan is a new Fine Arts Building.

Mid-America Superintendent Mike Eubank said they are in the process of starting construction on a new satellite building on SH 9 in Newcastle’s city limits on property they already own.

“In 1971 when it opened Maysville was larger than Newcastle and had more enrollment,” Eubank said. “So our population center has shifted.”

“At the beginning of this school year we had 570 on our waiting list,” Eubank said so the need for additional space is quite obvious.

Lexington Superintendent Chad Hall had a previously scheduled meeting but elementary school principal Kathy Keeler pinch hit for him at the luncheon.

“At Lexington we are full steam ahead,” Mrs. Keeler told the chamber members.

Among projects completed recently at Lexington are a complete remodeling of the gym with the addition of air conditioning and the construction of safe rooms.

“They will make the month of May a lot less stressful,” she said.

Also at the meeting and introducing herself was the coordinator for the Oklahoma Aeronautics Commission, Paula Kedy.

“People don’t know it, but aeronautics is the number two industry in Oklahoma behind oil and gas,” Mrs. Kedy said.