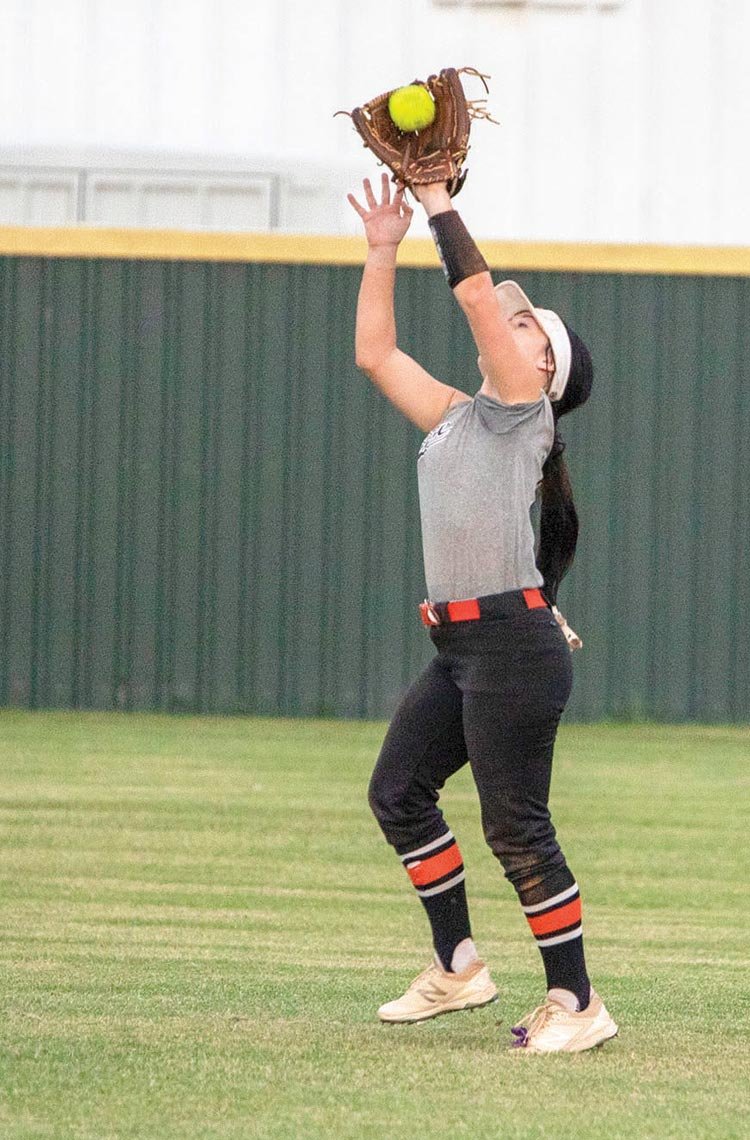 A pop-up to outfield, caught by Kamryn Moss, was the final out in a 2-0 Duncan shutout for the Wayne Lady Bulldogs on Monday. 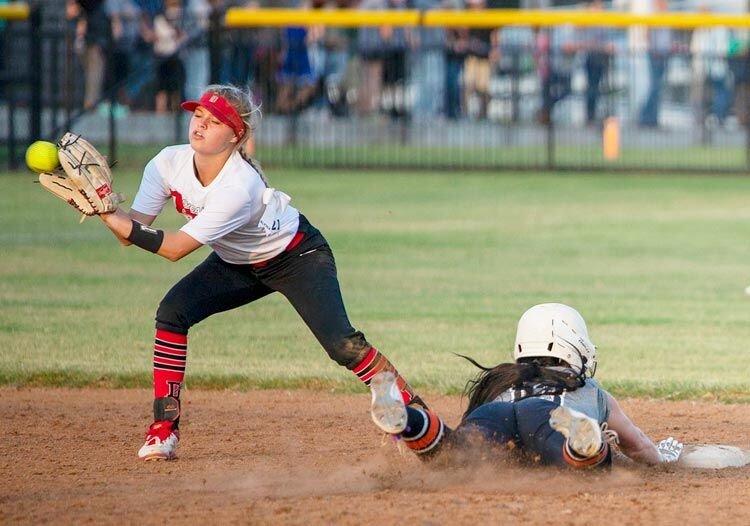 Kamryn Moss slides into second in the Lady Bulldogs’ win over Duncan Tuesday. Moss was 2-3 at the plate in the 2-0 win over the Lady Demons.

On Monday, Wayne hosted Class 5A Duncan and freshman Faith Brazell threw a shutout, propelling her Lady Bulldogs to a 2-0 win over the Lady Demons.

“We hit the ball hard and right at them. We had four hits in the game and we scored runs when we needed to,” head coach Charles Durrence said.

Brazell was in the circle for all seven innings. She gave up just four hits and fanned six batters.

“Faith’s pitching was solid and our defense was good. We’re playing the way you want to be playing right now,” Durrence said.

Holding a 2-0 lead with two outs in the sixth inning, Duncan loaded the bases. Senior Kamryn Moss caught a pop fly for the last out, leaving their runners stranded and the Wayne’s lead in tact.

Junior Haiden Parker was in the circle and threw a no-hitter.

According to the coach, Wayne’s bats were slow to heat up.

“It took us a couple innings to get the timing down on their pitcher.”

Wayne had 12 hits in the win. Brazell, who has had the hot bat lately, went 3-3 at the plate. Moss and Mayce Trejo each added two hits. Daliyah Fuentes, Emily Woody, Haylee Durrence, Parker and Madden each added one hit.

The Lady Bulldogs also had six ribbies in the win.

“I’m proud of the way the girls are playing. They are working hard and buying into what we’re doing. Overall, our play is great on the field,” Durrence said.

Wayne improved to 15-7 on the season and moved up to 26th in the OSSAA Class A rankings.

They were scheduled to play in the Sterling Shootout last weekend, however it was rained out.

According to Durrence, Wayne will host Districts with Elmore City and Alex. Dates are still to be determined.